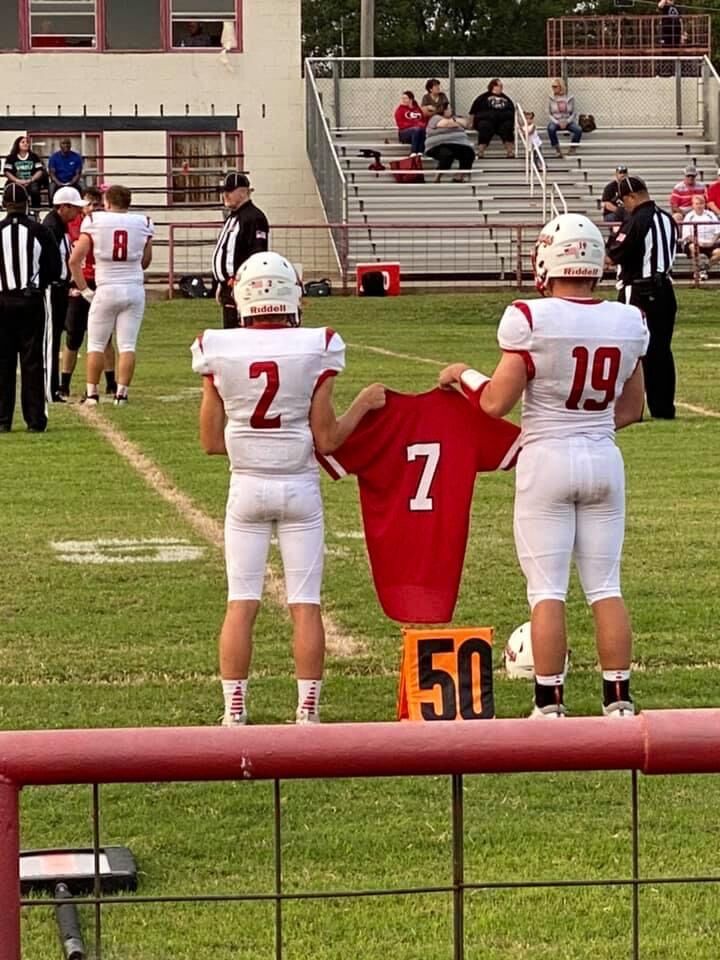 Players from the Empire Bulldogs football team carry Rowdy Swanson’s number 7 jersey to midfield to honor the Class of 2018 graduate who passed away last week. 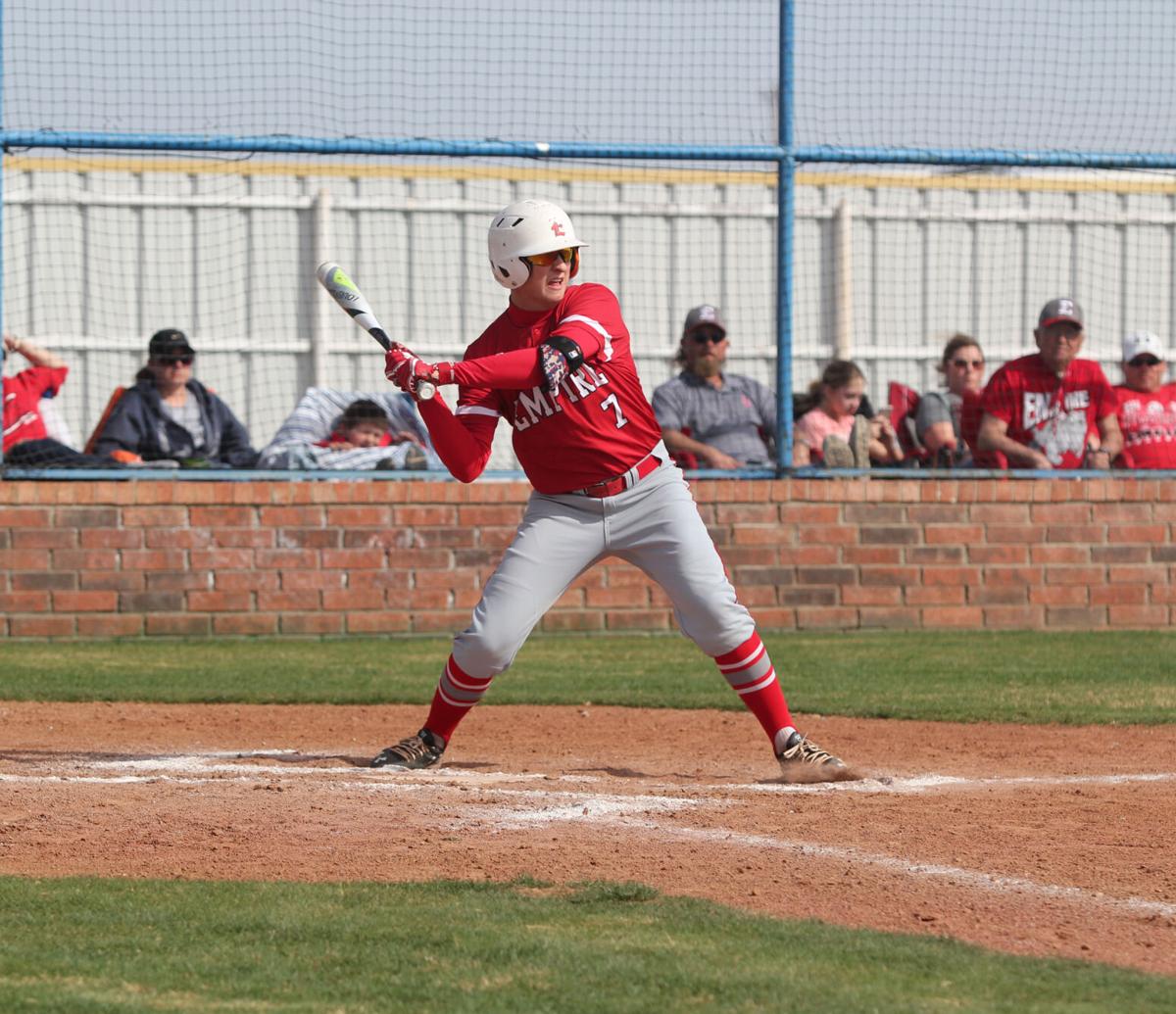 Rowdy Swanson, up to bat, looks to make contact back in 2018 during the Bulldogs game at Central High.

Players from the Empire Bulldogs football team carry Rowdy Swanson’s number 7 jersey to midfield to honor the Class of 2018 graduate who passed away last week.

Rowdy Swanson, up to bat, looks to make contact back in 2018 during the Bulldogs game at Central High.

In recognition of one of their own, the Empire Bulldogs football team and community banded together to remember Rowdy Swanson, Class of 2018, who passed away last week.

Swanson, who was a member of the Oklahoma State University Rodeo team, went to a non-collegiate event in Mineral Wells, Texas, and passed away from injuries sustained at the event.

This last Friday, Empire, at their road game at Grandfield, the captains took the field carrying Swanson’s number 7 jersey in remembrance of him.

Empire Superintendent Justin Smith said the whole family is special to the school and community and was moved by the sentiment shown for the family.

“Rowdy was very special to our community. The Swansons are staples in our community,” Smith said. “Rowdy had an infectious smile — polite — and just an All American Kid. He made a huge impact on our community and he will be greatly missed.”

One of the coaches who had time with Rowdy and brother Roper Swanson was Empire baseball coach Jeff Pierce, who was the coach during Rowdy’s senior season.

He was his coach for a long time, but Pierce remembers a lot about that 2018 team as they took home the district championship with Rowdy being a huge part of the leadership for the program.

“Rowdy Swanson. #7 2B/Pitcher. Very respectful. Yes sir, no sir guy. Always looked me in the eyes when I was speaking, and nodding his head yes,” Pierce said. “Rowdy always brought a positive attitude to practice and the games. He could always make you laugh and forget about all the negative thoughts that you had at the time.”

Going a perfect 3-0 in the district tournament during their senior season by beating Waurika twice and Central High once, Pierce said no matter what, Rowdy was a competitor and did his best.

“Rowdy was a competitor at everything he did and always wanted to win including: bull riding, baseball, FFA competitions, arguing with his brother (Roper) and everything else he did,” Pierce said. “Rowdy would be the first to turn his hat inside out and sideways to get a rally going when we needed one. He would say, ‘Let’s Go! We got this! Don’t give up!’ with a smile on his face.”

The Empire community this past weekend also hosted a memorial BBQ for the class of 2018 to gather together and remember Rowdy and fellowship with one another.

Shawna Johnson-Morgan, a family friend of the Class of 2018, helped organize the get together.

“The turnout was great. I know we had over 100 hamburgers that were donated and several cases of hot links and stuff so I know we fed quite a few people,” Johnson-Morgan said. “I have always been really close to the Class of 2018 with my parents, grandparents, myself and children — we are all several generations of Empire people. We know the Swansons and we are all family out there and several of the graduating class reached out and wanted to get together. You don’t know what to do in a time of tragedy so we wanted to let everyone get together and be there for one another outside of the setting of the funeral.”

“It’s a great honor to say that I was his baseball coach,” Pierce said.

Oklahoma State University has made an endowment scholarship in honor of Rowdy and contributions can be made to the Rowdy Swanson Memorial Scholarship Fund c/o BancFirst PO Box 430, Frederick, OK 73542.