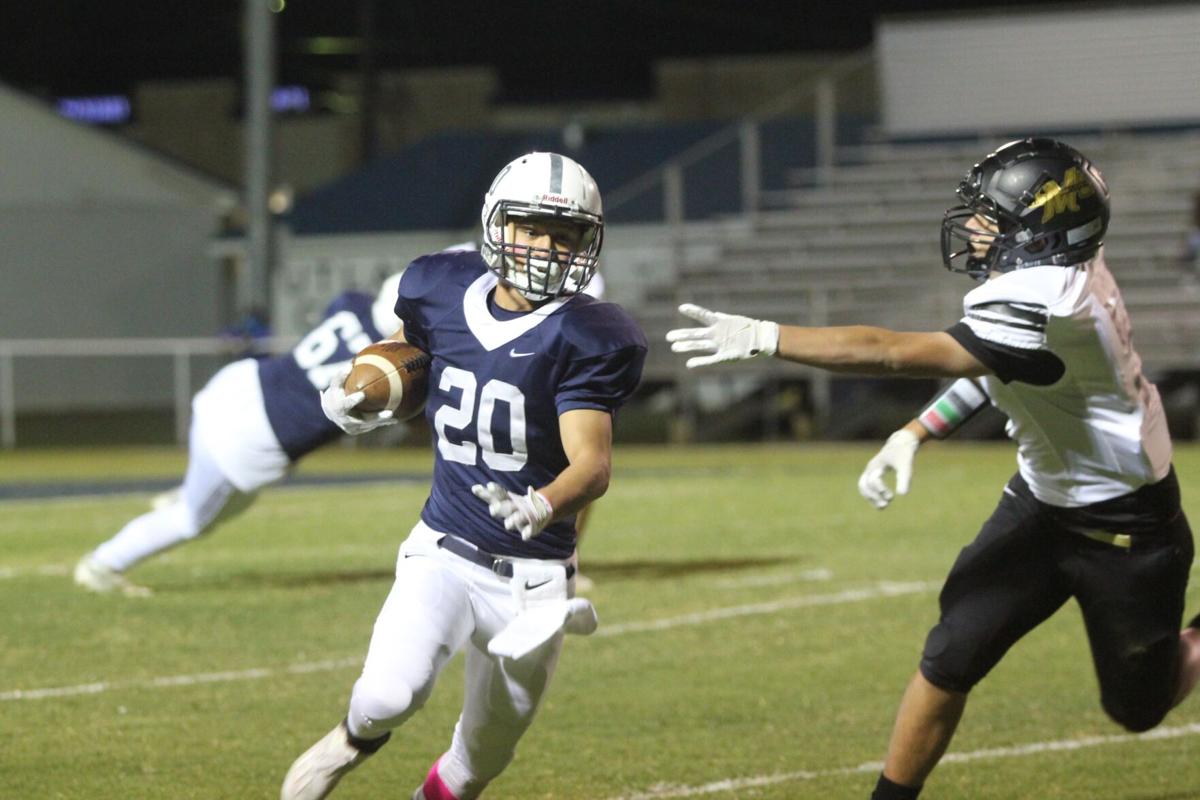 Julian Marroquin turns up the field and gets the second touchdown of the game Friday night. The Outlaws remain perfect with the 41-0 victory over Marietta. 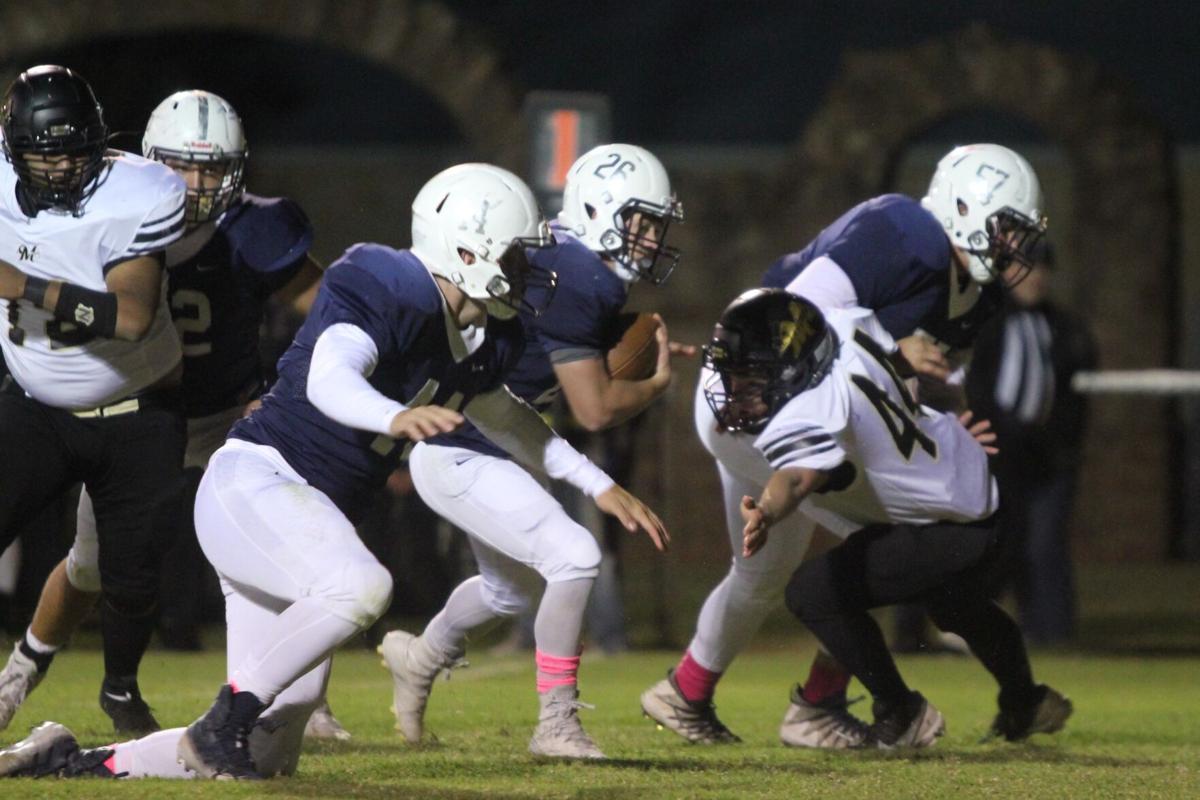 Chase Knight runs the ball through some defenders on the way to the first touchdown of the game against Marietta. Marlow made the record 7-0 on the 2020 season.

Julian Marroquin turns up the field and gets the second touchdown of the game Friday night. The Outlaws remain perfect with the 41-0 victory over Marietta.

Chase Knight runs the ball through some defenders on the way to the first touchdown of the game against Marietta. Marlow made the record 7-0 on the 2020 season.

The Marlow Outlaws kept their high-power offense going Friday night and earned the seventh win of the season to stay perfect after a 41-0 victory over Marietta.

The first quarter proved to be a big one for the Outlaws as they brought in 21 points.

Going on defense, the Outlaws recovered and forced a fumble to get their first drive before moving into an offensive tone. It took only a short period for the ball to find the end zone in the beginning of the first quarter.

Taking 30 seconds on the first drive, Chase Knight found the end zone from 10 yards out to make it 7-0 in favor of the Outlaws with 10:23 left in the first quarter.

The second drive for Marietta had the Indians running the clock down to the four minute mark as it took two plays after a turnover on downs to get Marlow their second touchdown of the quarter.

A bad snap from Marietta made the ball go onto the ground. Junior Marroquin picked the ball up and made into the end zone to put the Outlaws up 21-0 after one quarter of play.

Getting the ball back to start the second quarter, the Outlaws made sure to lead 28-0 with a 2-yard touchdown run from Luke Anderson. They then went into halftime with the huge lead.

Outlaws Brian Zhang got the hand off and took it 53 yards, barely making it into the end zone to put the Outlaws up with a 34-0 lead and 11:47 left in the third quarter.

The rushing attack didn’t stop for the Outlaws and a few minutes later, Cole Hayes joined in on the scoring barrage in the third quarter as he ran it in from 11 yards to take the 41-0 lead over Marietta.

Marietta got the ball and had their best offensive drive in the middle of the fourth quarter. They drove it all the way down to the 18-yard line with seven minutes left to play and try to break the shutout.

The Indians got it to fourth and short at the 15-yard line when the Outlaws defense stalled the offense out and took over to finish the game with Marlow getting their second shutout victory in district play.

The Outlaws have a perfect 5-0 district record and they will take that perfect record on the road against another undefeated team in the district when they face off with Frederick.

Frederick also has a record of 7-0 and 3-0 in district play after their victory Oct. 23.

Kickoff will be at 7:30 p.m. Oct. 30 at Frederick where the Outlaws will look to make their record 8-0 on the season.