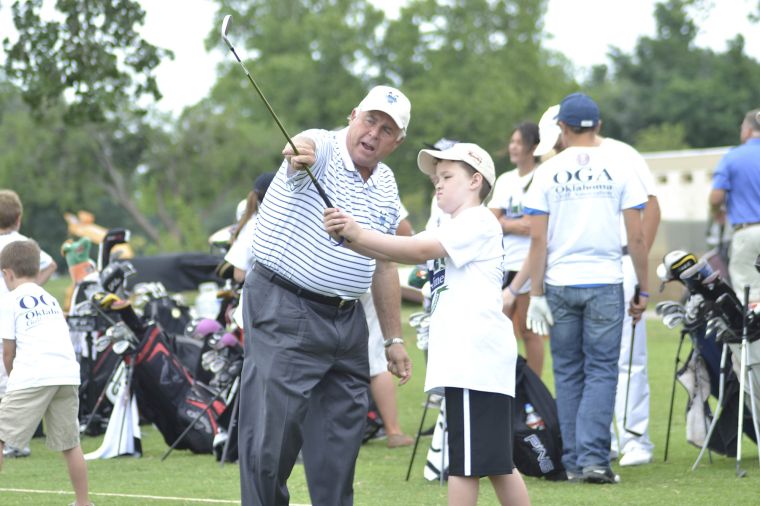 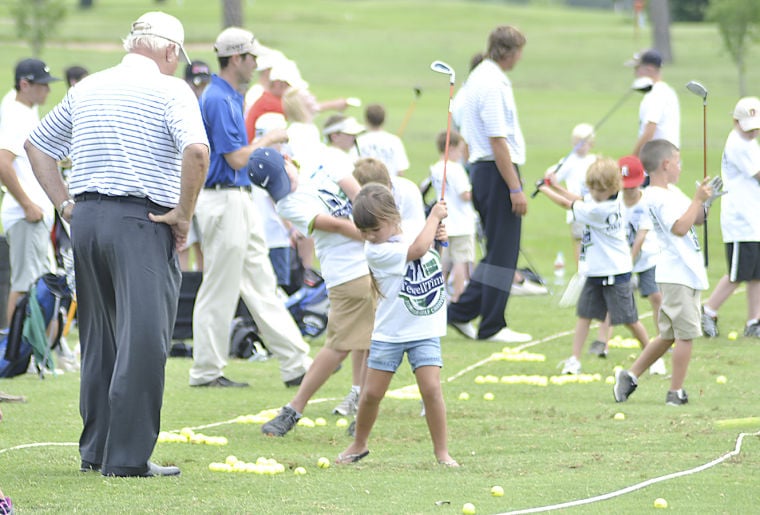 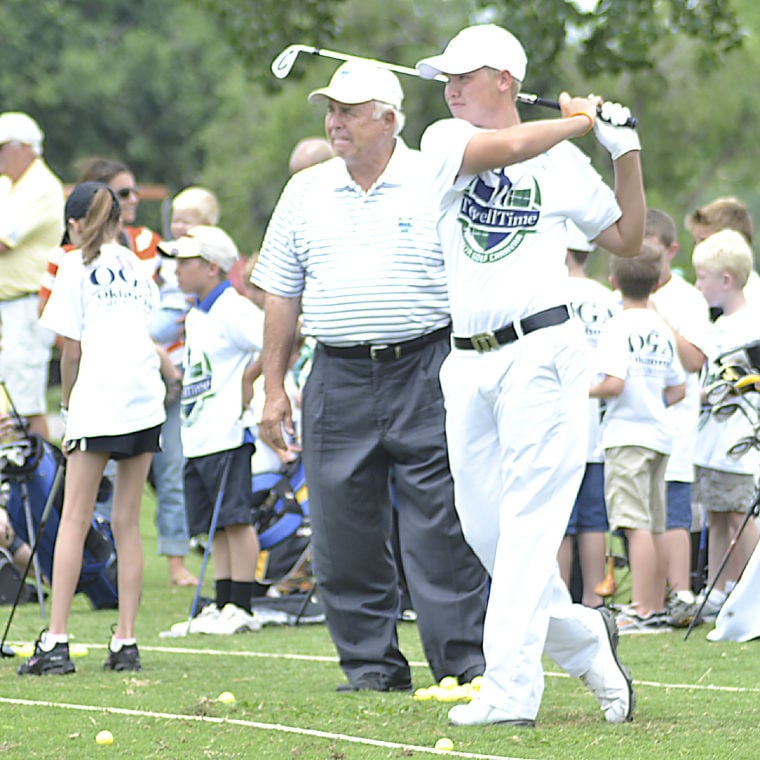 Tewell and Hunter Ortega watch as the ball sails down the driving range.

Tewell and Hunter Ortega watch as the ball sails down the driving range.

Curiosity trumped bad weather Tuesday as around 45 kids showed up at the Duncan Golf & Tennis Club to attend a free golf clinic.

The clinic, put on by former PGA Tour player Doug Tewell and University of Central Oklahoma men’s golf coach Pat Bates, was tailored for players of all levels and even supplied clubs for first-time players.

It was the ninth and final clinic of the summer for Tewell and Bates.

“It’s been great, and it’s because guys like Mike (Hansen), the pro here, did a great job prepping for us,” Tewell said. “We had great sponsors and we thank those people.”

For Tewell, who grew up in Stillwater and played for Oklahoma State before earning a spot on the PGA Tour, the clinics have been a way to pay it forward and offer help for the next generation of golfers.

“This is what you always hope that you can do some day if you really care about the game,” Tewell said. “I have five grand kids and when I am doing these, I see my grand kids in every one of these kids, and it’s just a real joy to be able to give back to them in some way.”

Every kid that attended the camp received a T-shirt that, when worn to the club, will entitle them to free range balls. Over the summer, Tewell said they gave away 1,000 T-shirts and donated 200 customized golf clubs, which will stay at the respective courses for kids to use.

While the clinic offered new players a great way to sample the game and see if they like it before making a financial investment, it was also an opportunity for more polished players to get some tips from a Senior U.S. Open champion.

A number of high school golfers were on hand, including Marlow’s Hunter Ortega, who got quite a compliment.

“One kid here that really stood out is Hunter,” Tewell said. “He has got a golf swing and if he gets it developed, he’s got a chance to make it on the pro tour.”