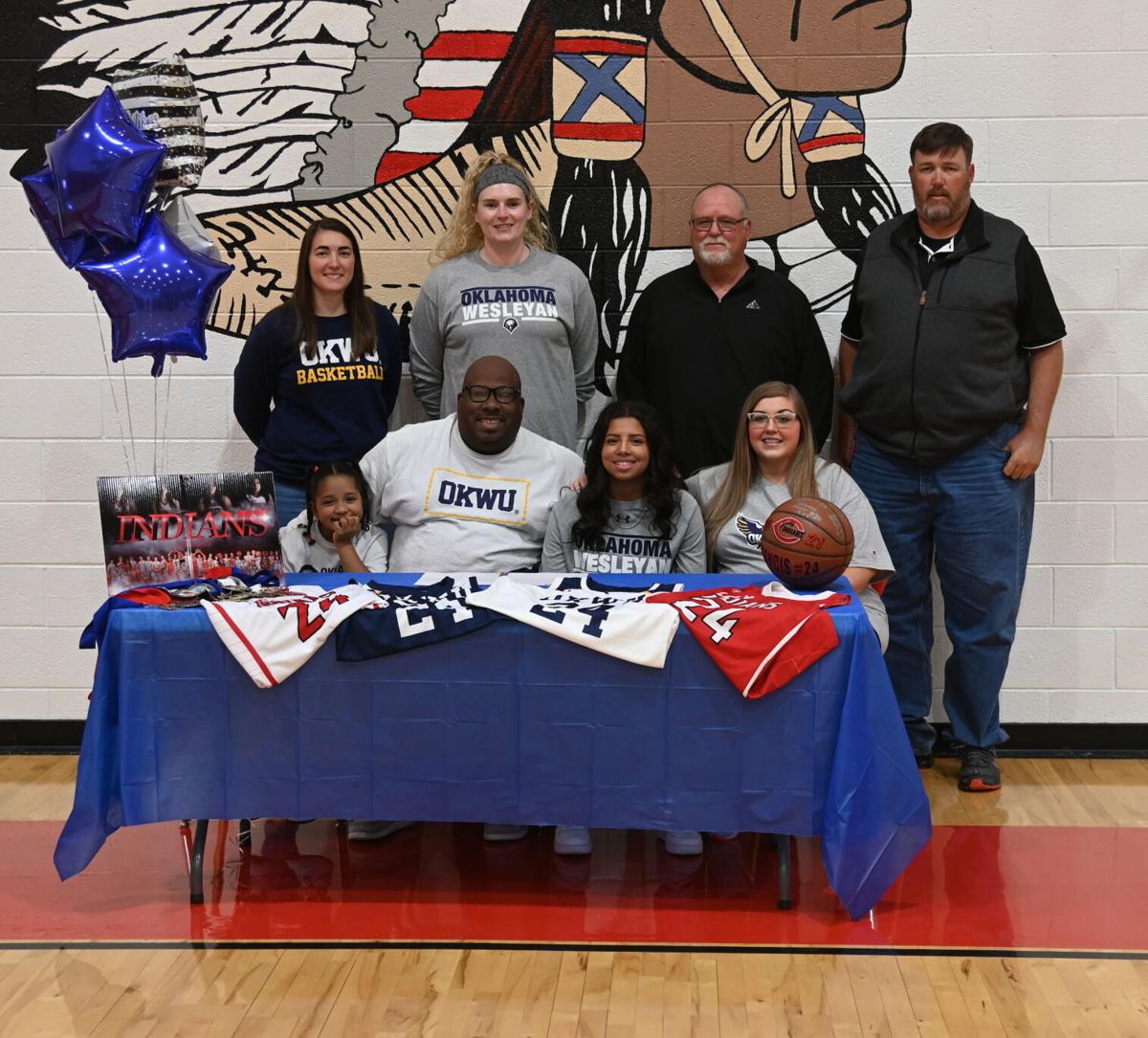 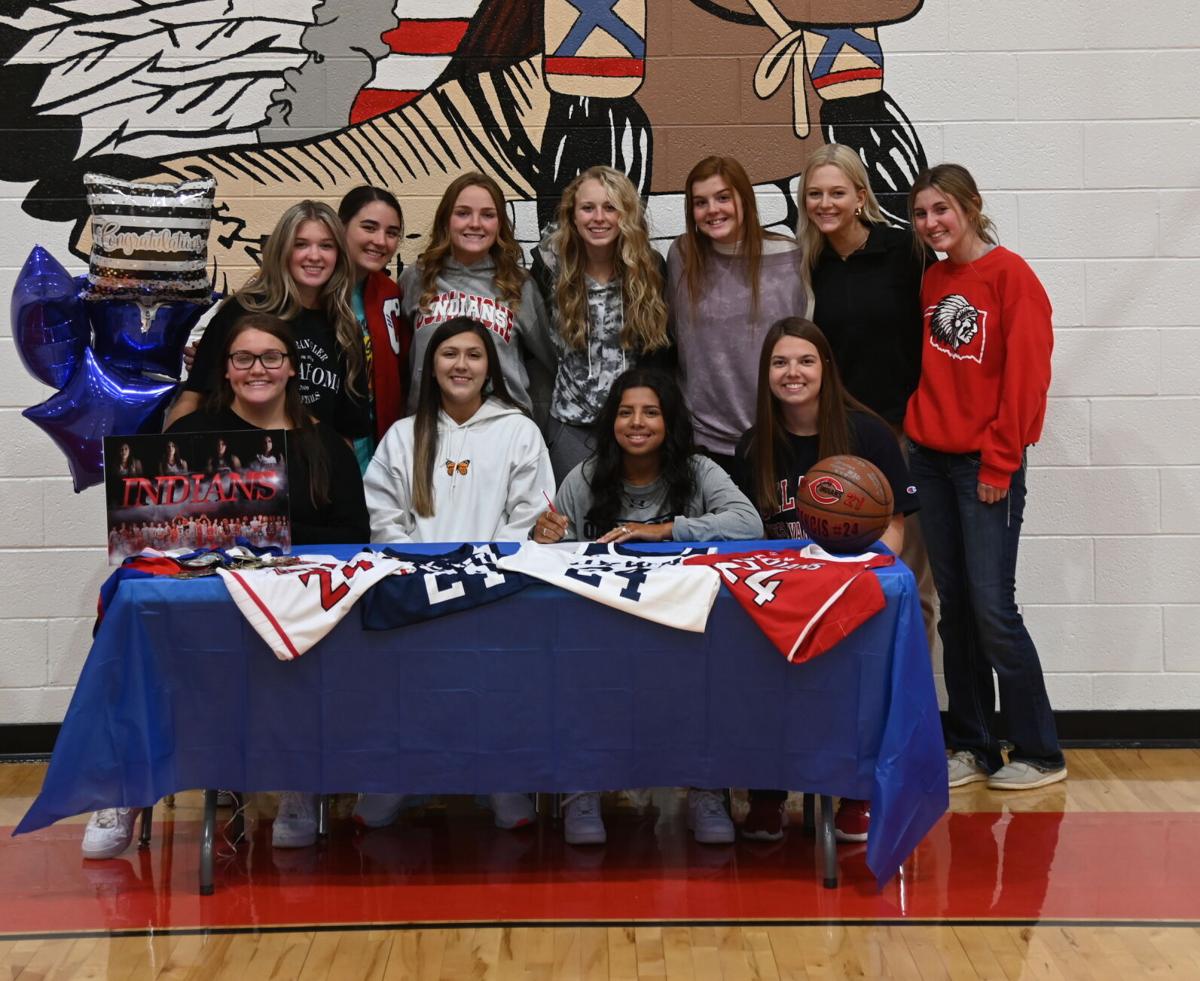 Jasmine Francis, after four years of playing with the Comanche Lady Indians basketball family, made her decision to join the Oklahoma Wesleyan University family to continue her basketball playing days.

After a visit to the campus at Oklahoma Wesleyan, Francis believed it was the right fit for her and is happy to join the team this fall on campus.

“It was honestly a hard decision and out of all the colleges, I felt like God was leading me to Oklahoma Wesleyan,” Francis said. “When I went there for the visit, they treated me like I was at home and not to mention having my brother going there too, so I will have family down there. I feel like it is better to be in a family atmosphere because it is easier to interact with people.”

Robbins, who was a coach for the Lady Indians, said it was a goal for Francis to play college basketball. Robbins is happy she met the goal to play at Oklahoma Wesleyan.

“I am so happy for Jasmine. I know playing college basketball has been a goal of hers for a long time,” Robbins said. “She has worked hard, and I’m happy she is getting this opportunity. Oklahoma Wesleyan is not only getting a good player but a great person.”

Oklahoma Wesleyan is a private university located in Bartlesville, Oklahoma and is part of the Kansas Colligate Athletic Conference in the NAIA.

The Eagles are led by Coach Grace Hadley. Francis said being around other Christian athletes is something that also helped her make the decision.

During her four years with Comanche, Francis had many supporters at the school and the community, and when she signed to play at Oklahoma Wesleyan a lot of people were there to celebrate.

“Comanche taught me so many things and it all started with my fifth grade year when I first picked up the ball and I didn’t make the team so I used that as a chip on my shoulder,” Francis said. “The past few years have been the best and last year we had a phenomenal season but COVID took that away sadly. This season we had a pretty good season and it didn’t end the way I wanted it too but I was glad to be able to play all the games we did have.”

Her parents, coaches, teammates were some of the people she thanked for helping her along the way.

“It is amazing for all my friends, teammates and coaches to come out to see that I accomplished something because they have been here since the beginning of this journey,” Francis said. “I am always going to be there to help them and support them just like they supported me. First, I want to thank God because without him I wouldn’t be able to play this sport. I like to thank my coaches from AAU to the high school level and then I give a huge thanks for my parents for never giving up on me and being my best friends. Also, to my teammates to be able to push me in practice and then I would also push them to be the best they can be as well.”

Francis is excited to move on to the next part of her journey.

ADA [ndash] A private memorial service will be held for A. J. Stanfield who died Tuesday, July 27, 2021, at age 77 at home. A.J. was born Jan. 1, 1944, at home near Atwood, OK to Lois Etheredge Stanfield and Claud Samuel Stanfield. He was named in memory of his grandfather Jacob Arthur Stanf…