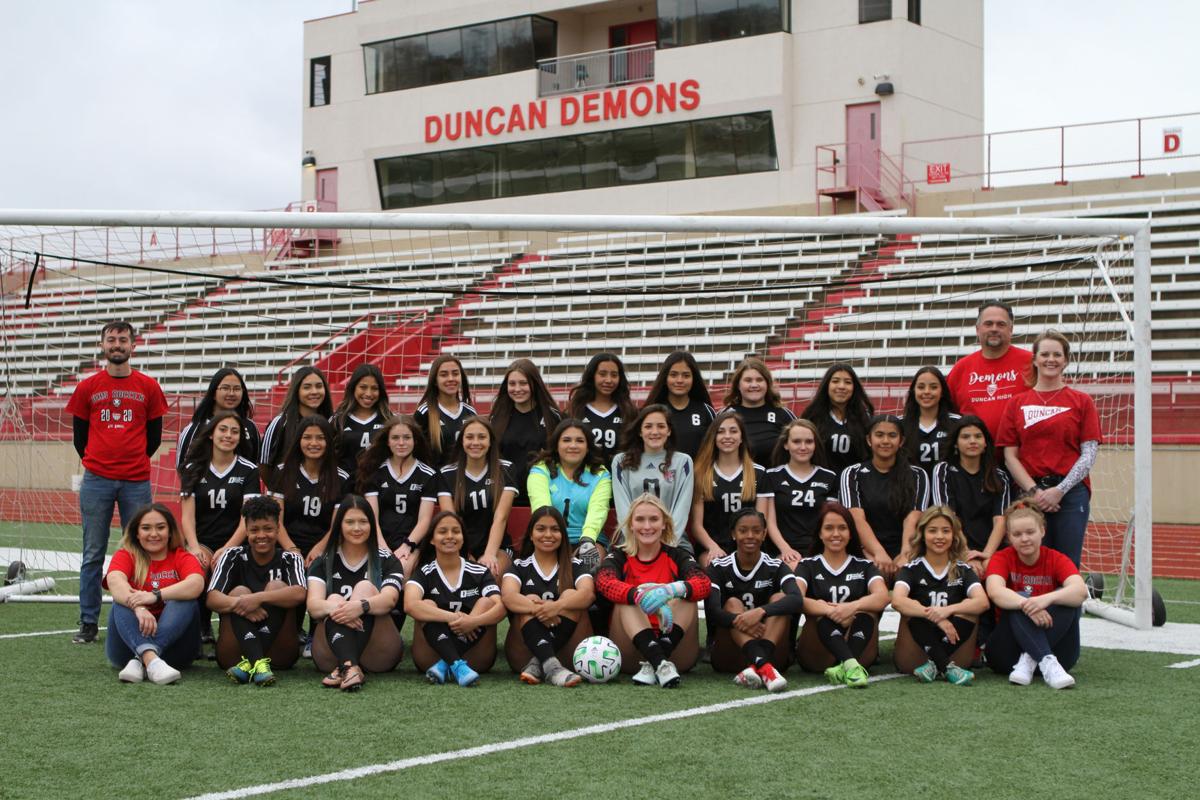 Duncan Lady Demons soccer team stand on the field after going 2-1 in the 2020 season. They were selected as Xpress Wellness Team of the Week. 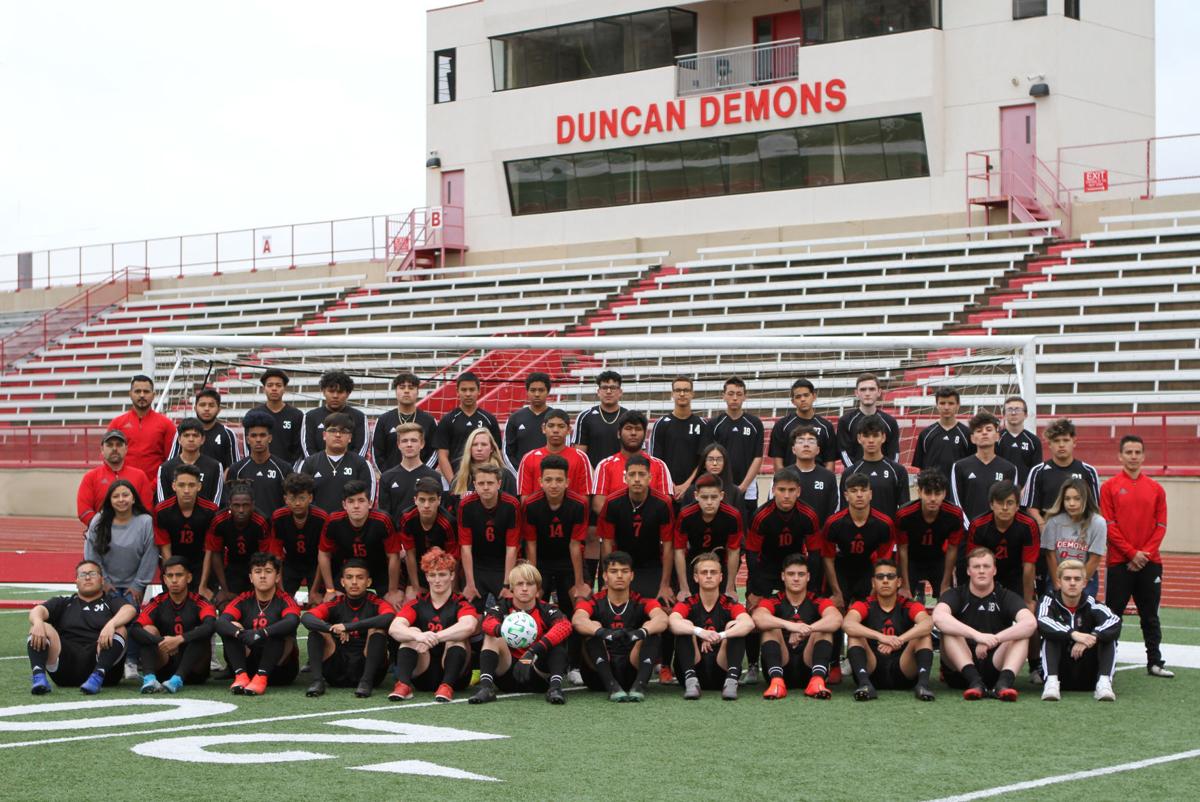 Duncan Demons Boys soccer team, after a big 5-3 win last week, was named the Xpress Wellness Team of the Week.

Duncan Lady Demons soccer team stand on the field after going 2-1 in the 2020 season. They were selected as Xpress Wellness Team of the Week.

Duncan Demons Boys soccer team, after a big 5-3 win last week, was named the Xpress Wellness Team of the Week.

Back in March when the sports world shut down and spring sports canceled, the Duncan Demons soccer teams had 24 seniors, meaning many players would not get to finish the 2020 season.

OSA, according to Duncan 2020 boys coach Kathy Mead, hosted several zoom meetings with clubs throughout the state and started to gauge interest in a U16 and U19 leagues for high school athletes.

“The first one was basically to gauge the interest in U16 and U19 leagues. After that, all clubs within OSA were sent a survey asking their input and how many teams that they thought would form and.or participate,” Mead said. “Results of the survey were shared, and it took off there. An OSA representative also was in contact with OSSAA to make sure that guidelines were properly in place as to not conflict with schools.”

Mead will lead the boys team while Ronnie Heare, who worked with the Lady Demons soccer team in the past, will coach the girls side who will begin their season on May 23.

Heare, who has worked with a few of the girls on the team in the past, said it meant a lot to him to be asked to coach the girls U19 team and is excited to have a home game to start the summer season.

“This actually means a lot that I got asked to do this because I worked with them last season and they know how I coached and I know how they play,” Heare said. “It feels good because I have five or six returning girls who were seniors that lost their senior seasons so this is their final goodbye and their final five or six games they have got starting (Saturday). We are hoping the girls just come out and have a good time and play hard.”

Mead, who hasn’t coached for a while, is excited to represent the boys seniors who will play and said honoring the kids is why she wanted to lead this team.

“I am there to support and manage the team. They all know how to play the game,” Mead said. “I just want them to have fun, share play time and play the sport they love. They need this time with their friends to bring some closure to the messed up soccer season they lost. These kids are family to each other.”

Heare agreed with Mead’s statement and said when they get ready to play their first game against McAlester at home, it will be a fun experience even though the team has only been together for practice one week.

“(Saturday) we play McAlester who we have never played before but I am certain these girls are going to be more confident playing in their home territory instead of having to travel for this game,” Heare said. “This is going to be a warm up game to open things up and see how they play in a game situation and fix things throughout the coming weeks. This one will be a trial run to see how they can perform after a long break and a short set of practices. It is about how they want to play and how they feel about playing this game because we can coach them with all of the knowledge in the world but it is their determination and their pride that they are playing for playing at home.”

“I've been around most of these kids since elementary school. I know how much it hurt them and their parents to lose their senior year of soccer,” Mead said. “They had a really good team, and I think they would have made playoffs. I know how much it means to them to get to play together again, and that's all that matters to me.”