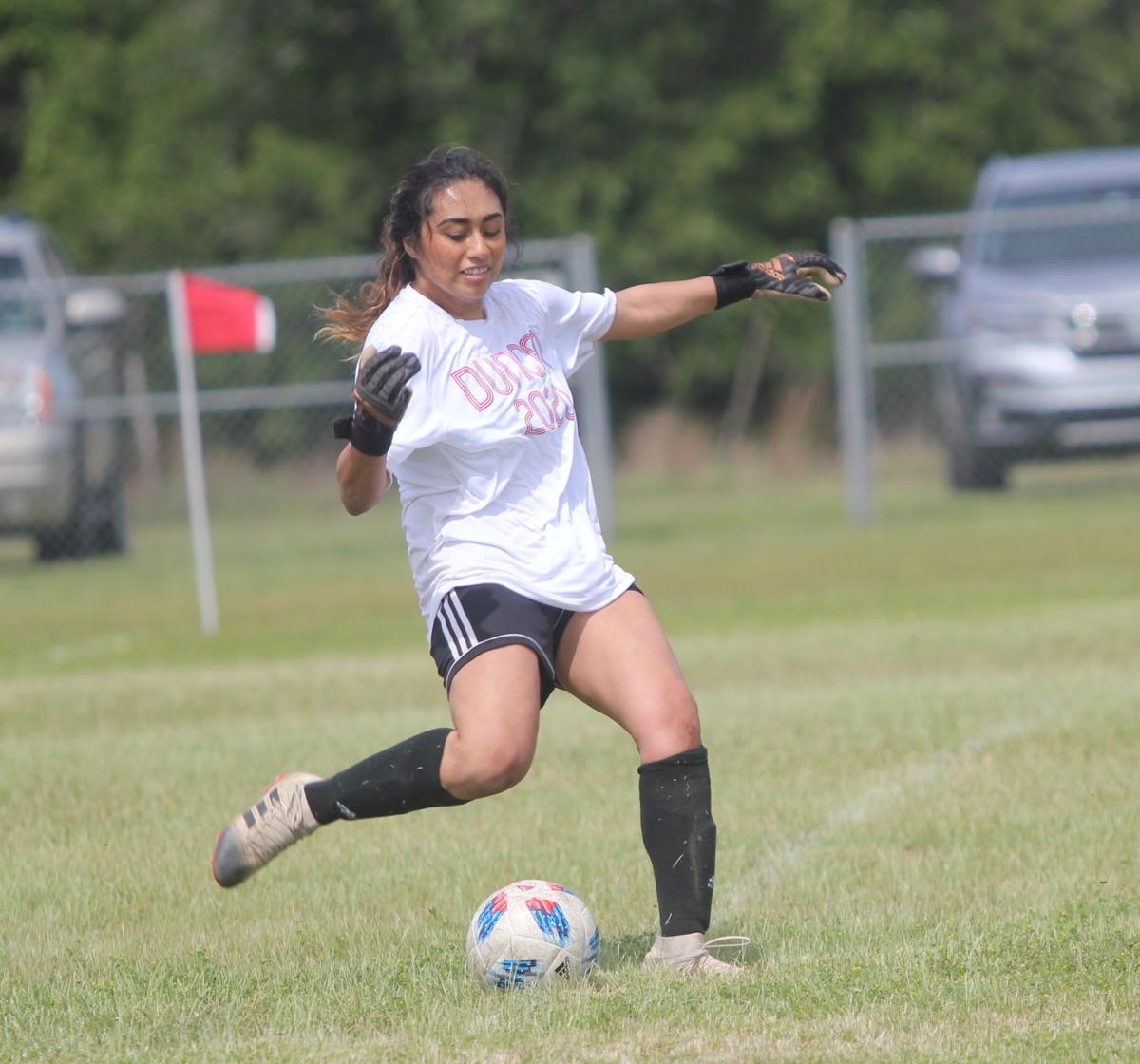 Melany Moran takes a free kick after a save as Duncan 2020 girls team won 1-0 over McAlester at Abe Raizen Park in Duncan. 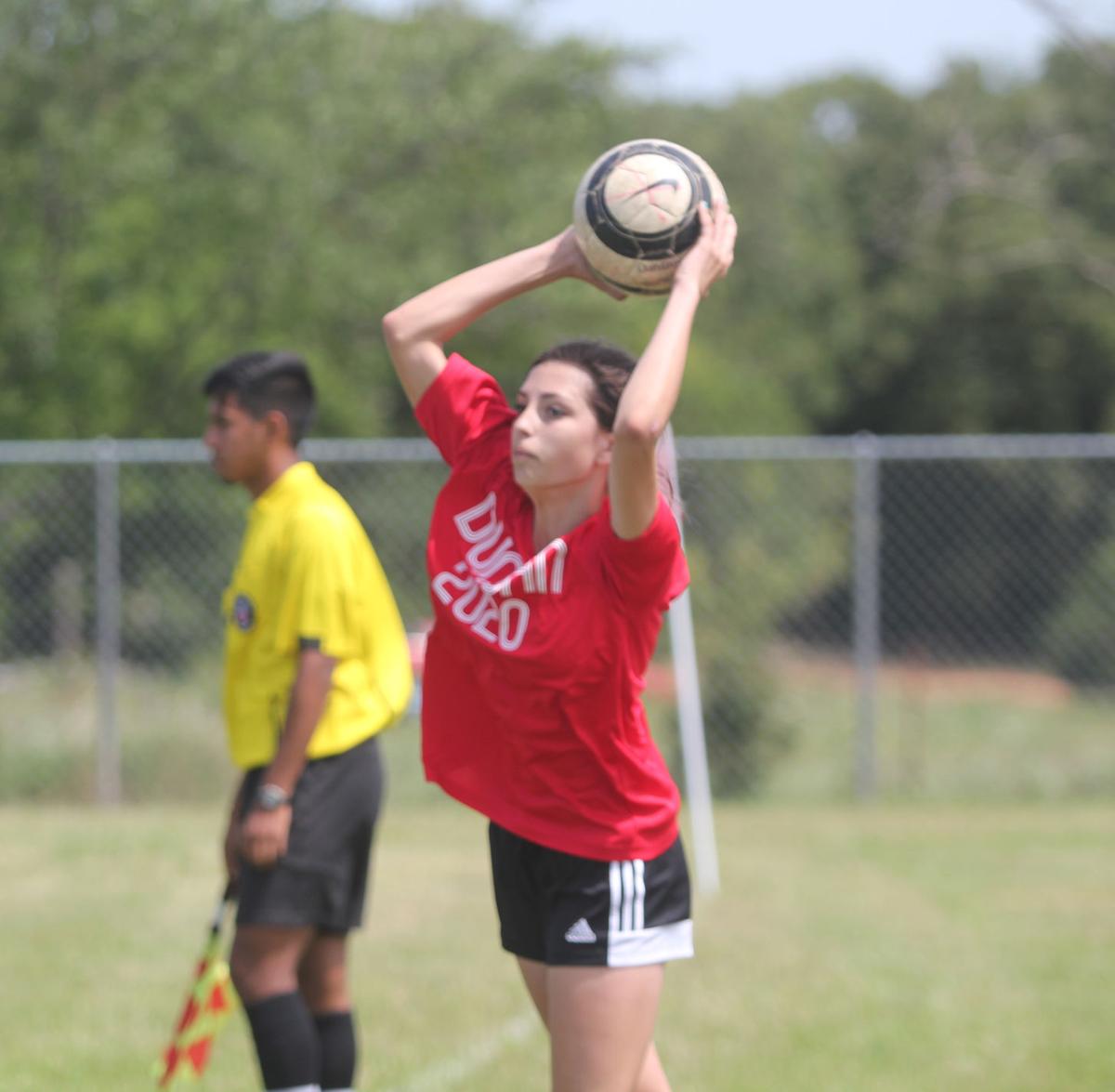 Kaylee Foster throws the ball in during the 1-0 victory with Foster getting the lone goal in the victory for the Duncan 2020 team.

Melany Moran takes a free kick after a save as Duncan 2020 girls team won 1-0 over McAlester at Abe Raizen Park in Duncan.

Kaylee Foster throws the ball in during the 1-0 victory with Foster getting the lone goal in the victory for the Duncan 2020 team.

Waiting for several months to play soccer again, the Duncan 2020 girls U19 league team got off on the right foot when they beat McAlester United 1-0 this past Saturday in Duncan.

Melany Moran, who was in the goal defending for the Duncan 2020 team, shut out the competition by keeping McAlester off their offensive rhythm the whole game.

Midway through the first half of action, Annai Huizar sent the ball down to Kaylee Foster who took a nice shot and passed the McAlester goal keeper to take the 1-0 lead.

Able to hold on to the victory, coach Ronnie Heare, who leads the Duncan 2020 team, said he was pleased with the way his team performed and got the first victory.

“I feel like it went really well and we were focusing a little bit more defensively which is how we trained in practice,” Heare said. “When we came out for the attack, we got our one goal and that’s what mattered and we got many attacking chances and we will practice on being more clinical on finishing those.”

Heare said in the next game in two weeks, the team will focus on getting more out of their scoring chances while keeping the defensive pressure. The goal from Foster came at a good time, according to Heare.

“We were building out of the back and we got the ball to Annai Huizar who got the assist and she sent the ball deep to relieve the pressure that they were building on us,” Heare said. “Kaylee Foster chased it down and she took a nice shot into the far corner and she was so excited to get her first goal out of the way in the summer league.”

The next game for the Duncan 2020 girls team will take place on the road against Edmond SC Strong starting at 1 p.m. June 6. Heare hopes to see another victory for his team and wants them to improve to 2-0.