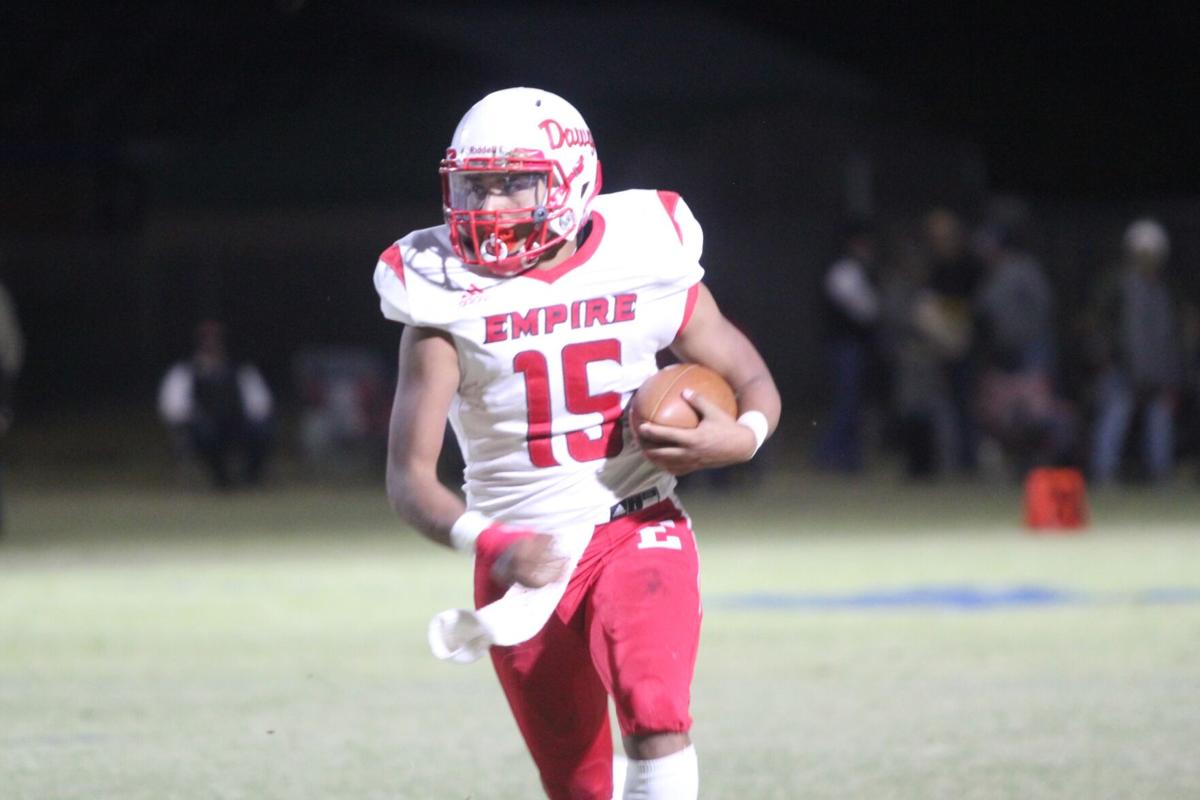 Gabe Diaz runs the ball and eyes the end zone on Friday. He scored six times in the victory for the Empire Bulldogs over Central High. 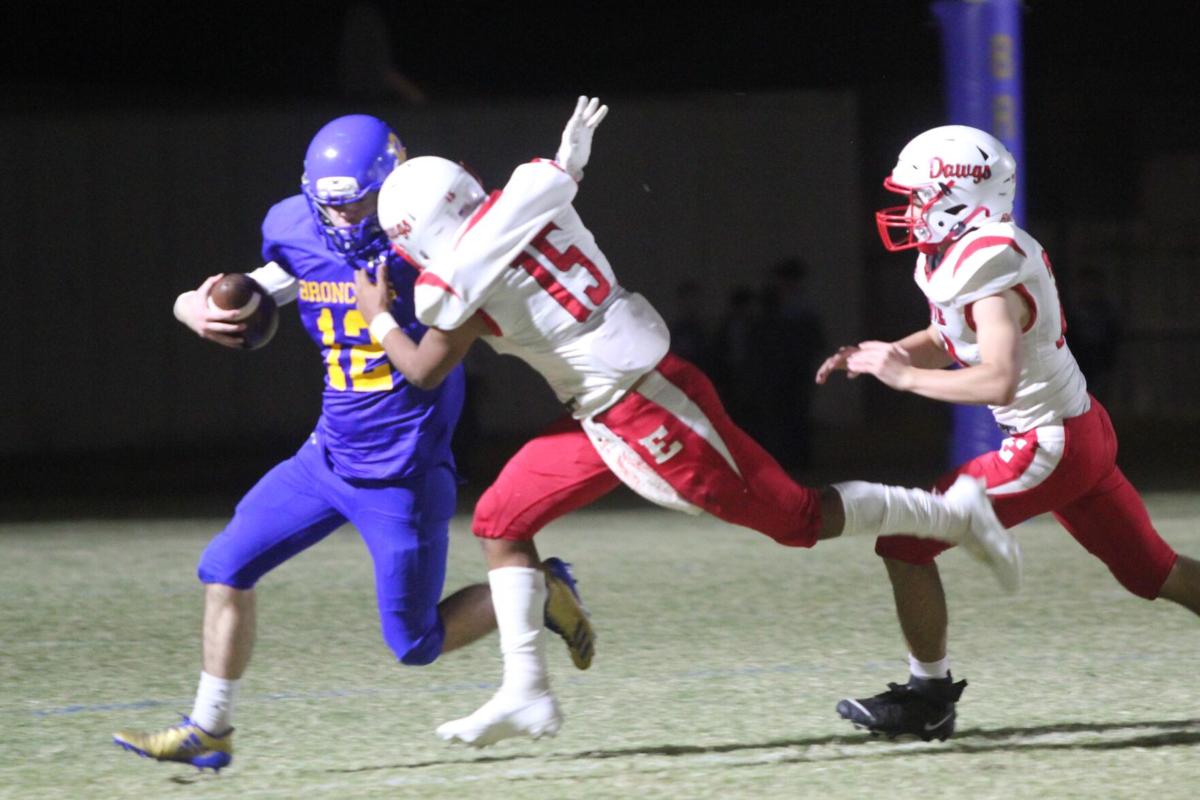 Jax Hansen (12) tries to avoid Empire tacklers as he runs for the Central High Bronchos. Empire won the district title 56-6 over Central High.

Gabe Diaz runs the ball and eyes the end zone on Friday. He scored six times in the victory for the Empire Bulldogs over Central High.

Jax Hansen (12) tries to avoid Empire tacklers as he runs for the Central High Bronchos. Empire won the district title 56-6 over Central High.

Empire came into the game Friday against district rival Central High needing a victory for the district title. They took that title after they ended the game at halftime against the Bronchos with a 56-6 win.

The game started with a big rushing attack from the Empire Bulldogs as freshman Gabe Diaz got the first of many touchdowns to take the early lead.

His first touchdown was only 35 seconds into the game. Diaz punched it in from 6 yards out and Mitchell Monteith converted on the two-point to lead 8-0.

Diaz decided to get his second score of the game on the defensive front as he intercepted a Central High pass and returned it for a touchdown and another two-point conversion to lead 16-0 with 10:16 in the first quarter.

It took a little time before the third touchdown of the game from Diaz. He ran the ball in from 5 yards out with another two-point conversion to make it 24-0 in favor of the Bulldogs.

Daniel Alvarez got possession back for the Bulldogs late in the first quarter with an interception of his own and Diaz preceded down the field for his fourth score of the game.

With 1:47 left to play in the first quarter, Diaz scampered for another 5-yard score with the two-point conversion good to make it 32-0 in favor of Empire.

Before the first quarter ended, Diaz brought in his fifth score of the game, which happened to be his longest offensive score. He ran it in from 23 yards out to make it 40-0 after the successful two-point conversion.

Chase Couch, early in the second quarter, joined the scoring action as he intercepted the Central High pass and returned it for a touchdown to make the score 48-0 in favor of the Bulldogs.

Central High got their only score with 4:29 left in the first half of action. Ryan Minden found his receiver Jax Hansen to make it 48-6 with Empire needing one more score to end the game at half.

Diaz made sure to end the game with his sixth score of the night, this time running it in from 3 yards with the two-point good to make it the final outcome of 56-6.

Empire, now 8-1 on the season, will finish the regular season on the road again with a 7 p.m. kickoff on Nov. 6 at Cyril, while Central High’s next game will also take place at 7 p.m. Nov. 6 on the road against Tipton.

DAVIS [ndash] Graveside services for Danny K. Nelson, 74, of Davis, formerly of Ada are 10 a.m. Friday at Rosedale Cemetery. Mr. Nelson died Wednesday, Dec. 2, 2020, at his home. He was born July 2, 1946, in Ada to Homer and Dollie Cook Nelson. He graduated from Ada High School. He married N…