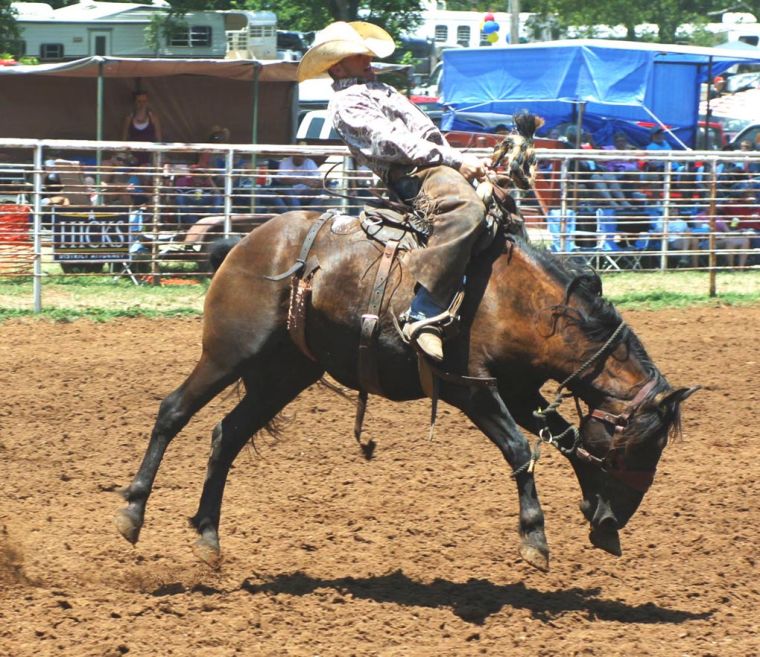 Bud Walker holds on as his horse gets all four hooves off the ground. Walker scored a 78 on his ride. 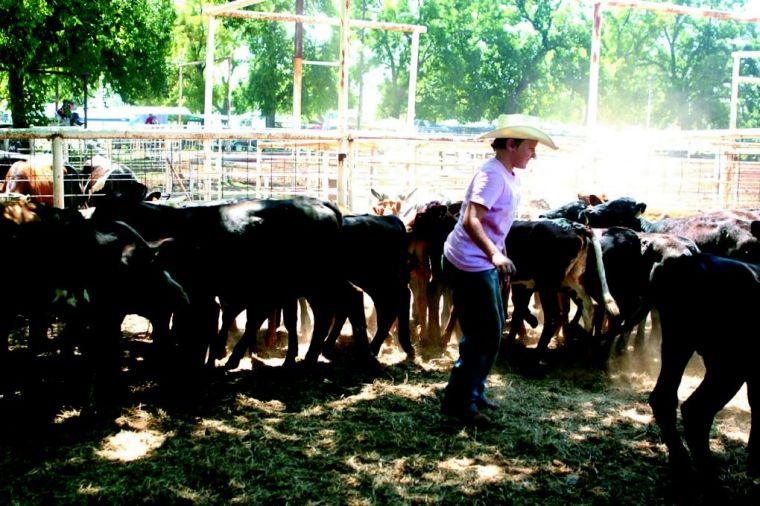 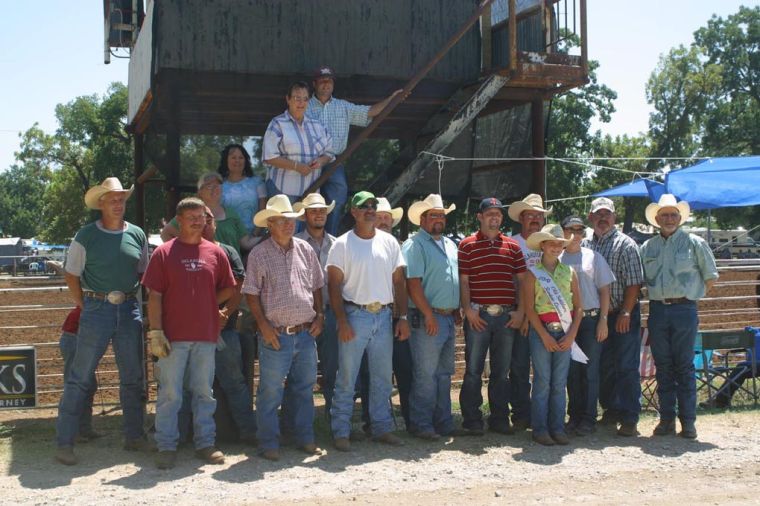 Numerous people lent a hand to make sure the Old Settler's Rodeo is a success.

Bud Walker holds on as his horse gets all four hooves off the ground. Walker scored a 78 on his ride.

Numerous people lent a hand to make sure the Old Settler's Rodeo is a success.

The home of the comets has been a happening place since the Old Settler’s Picnic festivities began this week. Every day and night cowboys and cowgirls have tried to out rope, out ride, and out pace their competition to take home the coveted buckles, and more important, pride.

The Town of Velma was inundated with sight seekers, casual rodeo fans and enthusiast alike, and just people looking to enjoy the fellowship that is the Old Settler’s Picnic. The day kicked off without a hitch as the parade made its way through town. Residents lined the street for a glimpse of what this year’s parade had in store for them.

Before the parade concluded, people were already making their way to the rodeo arena in hopes of getting the best spot, preferably under the shade of a tree. With temperatures nearing triple digits, and the heat index well over it, water bottles, canteens, and snow-cones were abundant at the rodeo.

J.W. Johnson, a calf-roper, hasn’t found too much success at this year’s annual rodeo. Even though he hasn’t performed as well as he had hoped for, he enjoys the fellowship almost as much as roping success.

“I have been coming to this for a decade,” he said. “This is a great event. It’s still fun even if you aren’t doing as well as you want. This is something I look forward to every year.”

Terry Johnson has a little more tenure at the annual event than Johnson, by almost a half-century. Johnson, a Velma native, said he is almost 60 years-old, and he can remember making the last 58 picnics. Johnson said he had been on the Old Settler’s Picnic committee for 20 years. To honor his service, the committee gave him a plaque and award.

Not only did Johnson spend years planning and trying to improve the picnic through the committee, he has spend decades participating in it. “The ranch rodeo was always fun, I always enjoyed it,” he said.

The ranch rodeo is a unique contest that puts a very specific set of skills to the test. Wild cow milking, calf branding, team roping and doctoring are all categories that the prospective cowboys must perfect. Johnson said the skills that are tested are skills closest related to the daily work of cowboys. He only participated in the branding portion of the event.

“I am getting a little old to be running around the arena like I used to,” he said. “I miss it, and I still want to do it. But, what you want to do and what you can do are two different things.”

Gus Gardner’s voice may sound familiar to many people who spent some at the Old Settler’s Picnic Rodeo. He was the announcer for 35 years. He was the recipient of the “Living Legend” Saturday before the rodeo kicked off. Even though Gardner isn’t a Velma native, he is well respected for his involvement with the rodeo. He said the rodeo has seen many improvements over the years.

“It use to be a little rowdy in years past,” he said. “It’s a traditional thing. There is plenty of good fellowship time, it’s a lot of fun.”