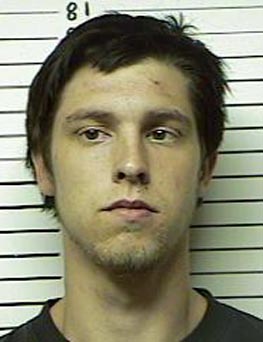 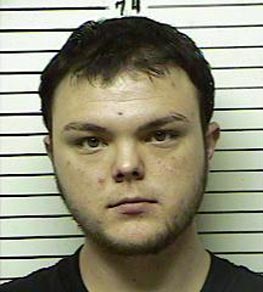 Two men, Brandon Heath Gray, 21, and David Ray Wyszynski, 21, both of Sherman, Texas, were arrested by the Stephens County Sheriff’s Department Tuesday evening for a burglary in Comanche. The two men allegedly broke into a home of a recently deceased individual and stole various items including weapons and jewelry.

Stephens County Sheriff Wayne McKinney said both men will be charged with second degree burglary. If convicted, the charge is punishable by up to seven years in prison.

McKinney said the alleged incident began Tuesday. A family member of a recently deceased individual in Comanche arrived at the home and noticed an unknown vehicle in the driveway. The individual entered the home because they heard some commotion inside. Upon entering the home, the individual found two men.

“One of the subjects ran off,” McKinney said. “Luckily, we had a deputy in Comanche and they were able to respond very quickly and get him caught.”

The affidavit states that Wyszynski initially claimed that they had ran out of gas and pulled into the driveway. He said he heard glass break in the back of the home and went to go investigate the noise. It wasn’t until later that he admitted to breaking into to home and burglarizing it.

McKinney said he called in assistance from the Comanche Police Department. “We had very good cooperation with the CPD,” he said.

Gray evaded capture but not for too long. A deputy was traveling to Comanche on U.S. Highway 53 to help establish a perimeter. McKinney said Gray crossed the highway, but not before garnering the attention of the deputy. The deputy apprehended Gray, ending the brief search.

McKinney said both men are in the Stephens County Jail and both already admitted to the charges. He said they attempted to steal jewelry, weapons and other personal items.

“It’s just sad when someone passes away that people would burglarize their home,” McKinney said. “That person was dearly loved by their family. That stuff is to be kept as keepsakes.”