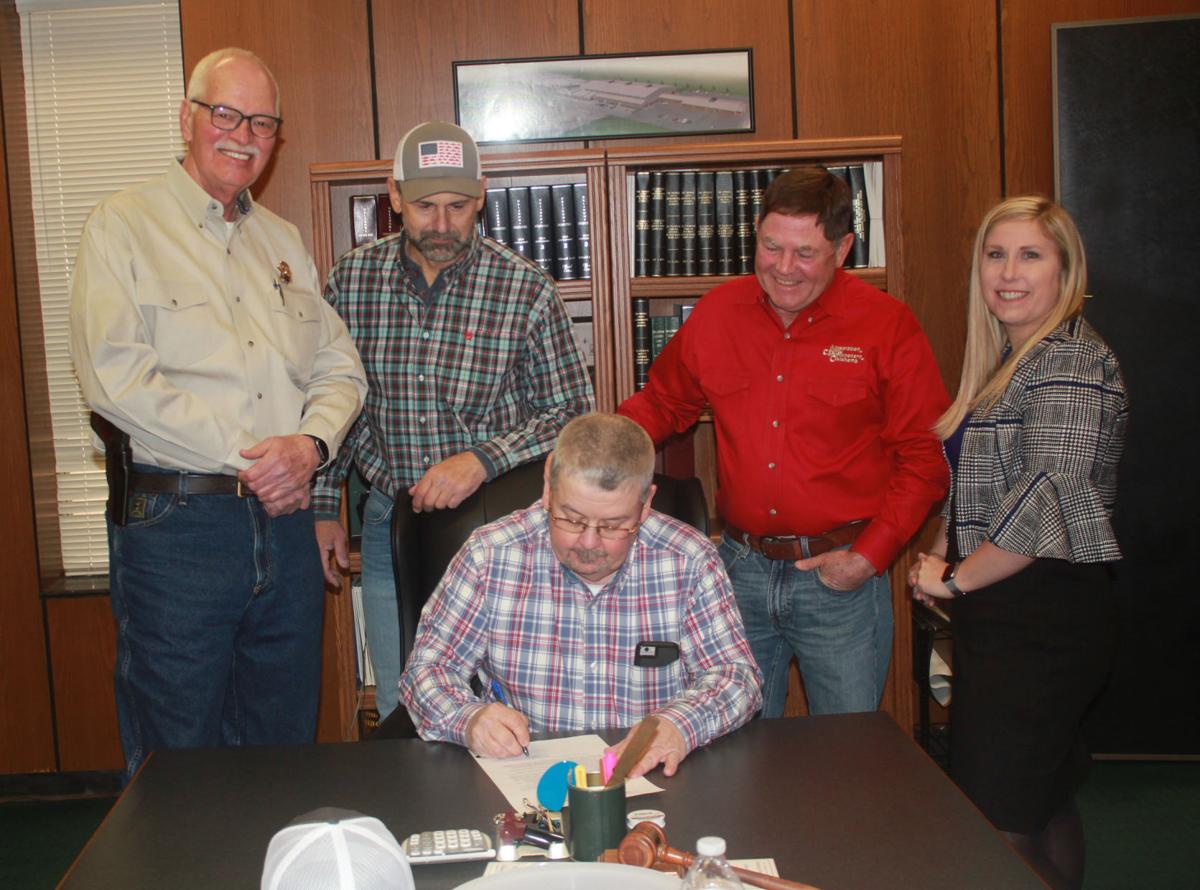 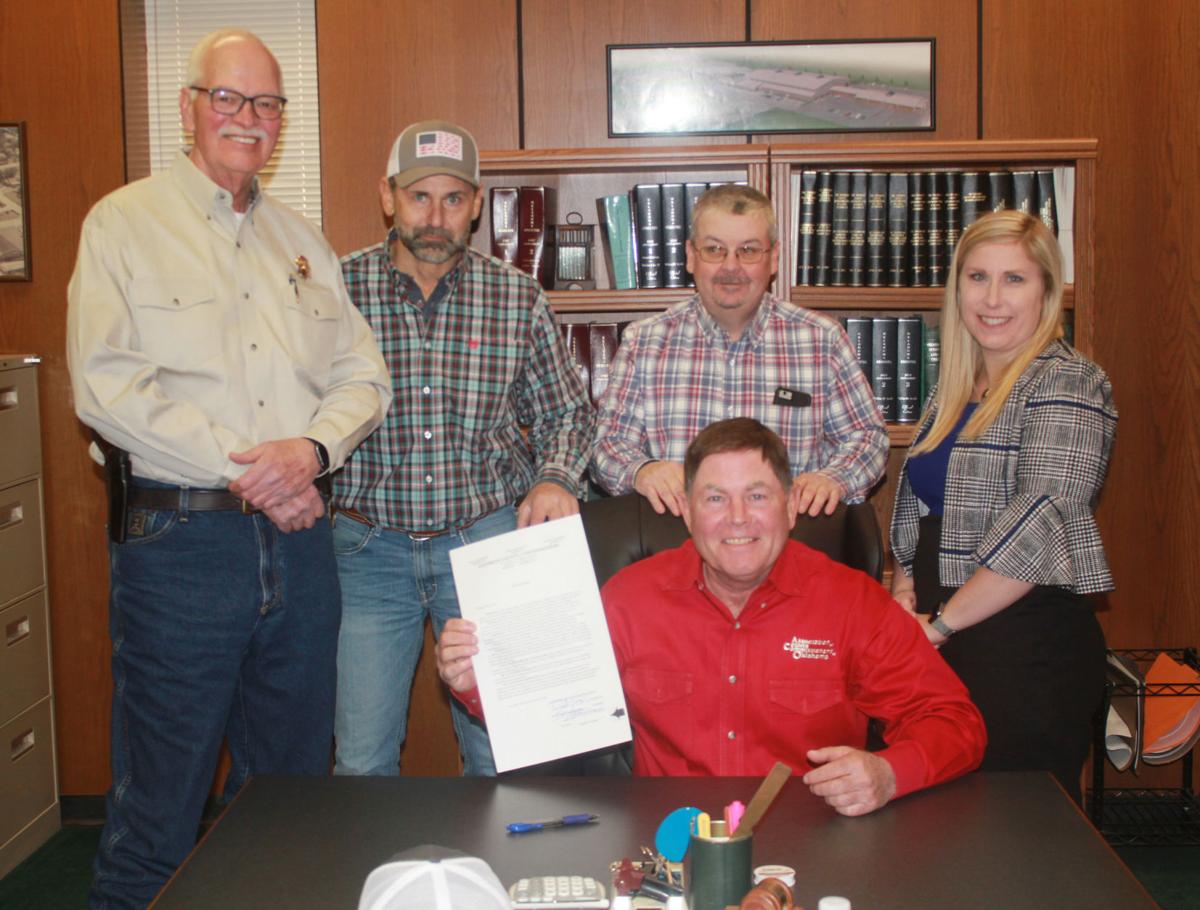 Stephens County can now be considered officially a Second Amendment Sanctuary after the Stephens County Commissioners voted to approve the Sheriff’s declaration, made Thursday, Feb. 13.

Sheriff Wayne McKinney put out a “Declaration of Intent” on the Stephens County Sheriff’s office social media page and before the county commissioners voted, he made sure to state the intention of the declaration.

Before the vote during the regularly scheduled County Commissioner meeting on Tuesday, Feb. 18, the chairman of the board Russell Morgan read the entire resolution for the record and it states as follows:

Whereas, The Oklahoma Constitution, Article 2 Section 26 states, ‘The right of a citizen to keep and bear arms in defense of his home, person, or property, or in aid of the civil power, when thereunto legally summoned, shall never be prohibited; but nothing herein contained shall prevent the Legislature from regulating the carrying of weapons.’

Whereas, it is the desire of the Board of Stephens County Commissioners to declare its support of the Second Amendment of the United States Constitution and Oklahoma Constitution protecting citizens’ inalienable and individual right to keep and bear arms;

Whereas, the Board of Stephens County Commissioners wishes to express its intent to stand as a Sanctuary County for Second Amendment rights and to oppose, within the limits of the Constitution of the United States and the State of Oklahoma, any efforts to unconstitutionally restrict such rights, and to use such legal means at its disposal to protect the right of the citizens to keep and bear arms;

Now, therefore be it resolved by the Board of County Commissioners of Stephens County, Oklahoma: that Stephens County is hereby declared to be a ‘Second Amendment Sanctuary County.’

Be it further resolved that the Board affirms its support to the Stephens County Sheriff in the exercise of his sound discretion to not enforce against any citizen and unconstitutional firearms law.

Be it further resolved  that the Stephens County Government will not authorize or appropriate government funds, resources, employees, agencies, contractors, building, or offices for the purpose of enforcing or assisting in the enforcement of any element of such acts, laws, order, mandates, rules or regulations that infringe on the right of the people to keep and bear arms as described in the Second Amendment of the United States Constitution.”

Commissioner Todd Churchman made the motion for a vote and Morgan seconded the motion before Murphree asked McKinney if he wanted to clarify what a Sanctuary City means.

Sheriff McKinney said the declaration was a preemptive measure.

“I will say that what prompted this is throughout our country, we are starting to see a lot of rhetoric about people interpreting our Constitution to fit their own personal agendas,” McKinney said. “I merely was making a statement that as the Sheriff here, if these people got in power and took the Constitution and interpreted (it) in a way to fit their agenda that I would not be used as a tool to confiscate weapons from law abiding citizens. That is what prompted myself and the Logan County Sheriff to do this, and so far I think we are up to 15 counties (that) have done the same thing. Thank you all very much for what you did and standing up for the protection of the people in our county. I appreciate that.”

With no further questions, the board voted to pass it with a 3-0 vote before moving on to the regular portion of the meeting where the board passed several contracts and agreements between the Fair & Expo Center and other departments.

The commissioners also heard from Jimmy Pryor on an update about the Floodplains Management board and its purpose for Stephens County.

The next commissioners meeting will take place at 9:30 a.m. Monday, Feb. 24 at the Stephens County Commissioners office.

ADA [ndash] Graveside services for Emily Ann Bess-Dixon, 37, of Ada are at 10 a.m. Tuesday at Lightning Ridge Cemetery. Chad Large will officiate. Mrs. Bess-Dixon died Wednesday, March 25, 2020, at a local hospital. She was born Oct. 24, 1982, to Larry Bess and Karen Hallmark. She graduated …

LULA [ndash] Graveside services for Leona Young, 93, of Lula are at 1 p.m. Saturday at the Centrahoma Cemetery. The Rev. Buddy Drake will officate. The family will receive friends from 6-8 p.m. today at Criswell Funeral Home. Mrs. Young passed away Wednesday, March 25, 2020, at a Coalgate nu…