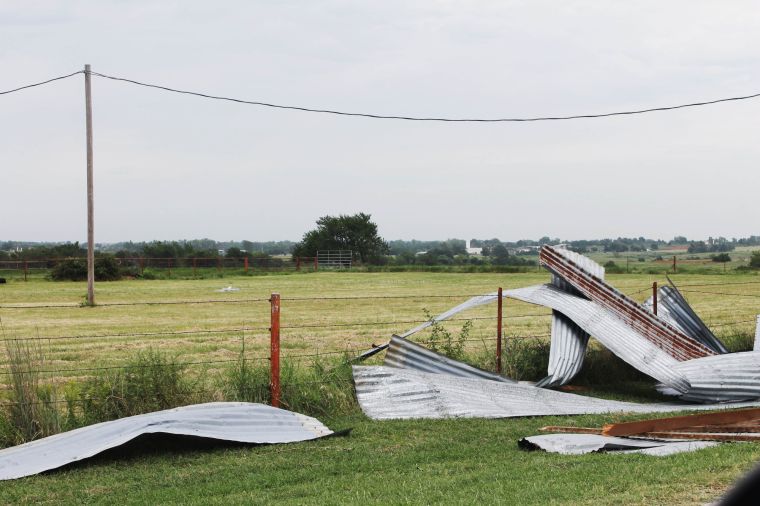 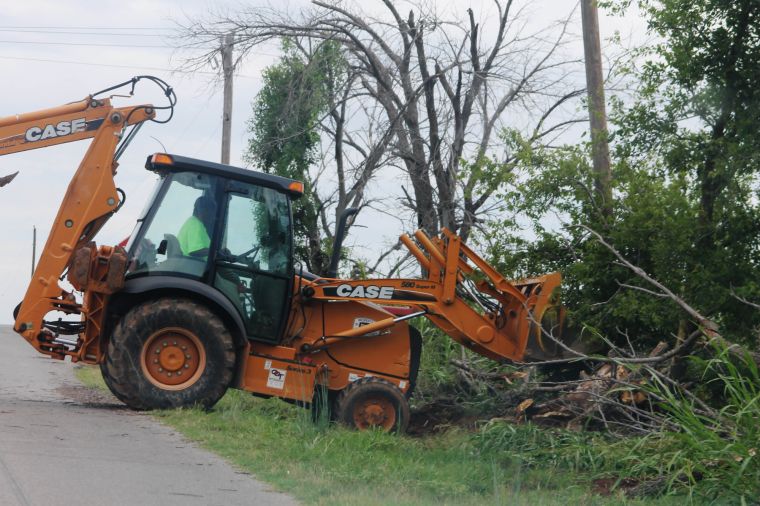 A backhoe is used to remove broken branches near a Plainsman Road intersection. 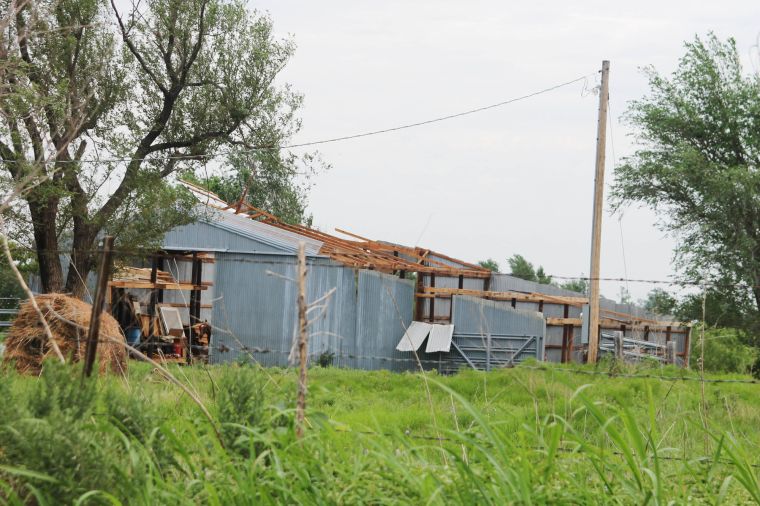 A barn on Railroad Road in Marlow, just north of Rose Road, stands without a roof because of a storm and strong winds that blew through around midnight, Thursday, Aug. 8, 2013.

A backhoe is used to remove broken branches near a Plainsman Road intersection.

A barn on Railroad Road in Marlow, just north of Rose Road, stands without a roof because of a storm and strong winds that blew through around midnight, Thursday, Aug. 8, 2013.

Marlow City Clerk Betty Mackey said the city’s Streets and Parks Department went to work in the middle of the night dealing with broken tree branches and fallen trees.

Danny Howard, who is the head of the department, said the department employees teamed with Marlow Police officers to move tree limbs and fallen trees out of streets throughout the city.

“We had a pretty strong wind come through, and then we had a storm,” Howard said. “There was a lot of tree limbs damaged on almost every street in the city. There were a few trees blown down across several streets.”

He said the Streets Department used a backhoe to move some of the broken branches and trees knocked down during the storm. Backhoes were still being used about 1:30 p.m. Thursday, as cleanup efforts continued throughout the day.

The department had people working until 4:30 a.m. Thursday to deal with the majority of the damage. But the employees were back at it again later in the day.

One resident said her barn was completely destroyed, describing the scene at her property on Rose Road. She said it looked like something had “blown it up.”

The same storm cycle moved through the City of Duncan around 12:30 a.m. Thursday. By the end of the storm, a total of 0.4 inches of rainfall had accumulated in Duncan.

This is the most rain measured in a 24-hour period since July 26, when Duncan received 1.51 inches of rain.

Aside from the tree damage throughout the City of Marlow, there were some reports of damaged barns and the loss of electricity for some Marlow residents.

“I know South Fourth was out because I didn’t have electricity,” Howard said. “I’m not sure where else. I know Todd (Brady, Marlow Electric superintendent) was working on it, but I didn’t get a chance to ask him where.”

ADA [ndash] Services for Ronald Wayne "Ronnie" Roberts, 61, of Ada will be held at a later date. Mr. Roberts passed away Wednesday, April 7, 2021, at his home. He was born July 25, 1959, in Ada, OK to Melvin Austin and Edna Pauline Dew Roberts. Mr. Roberts was a handyman. Survivors include t…