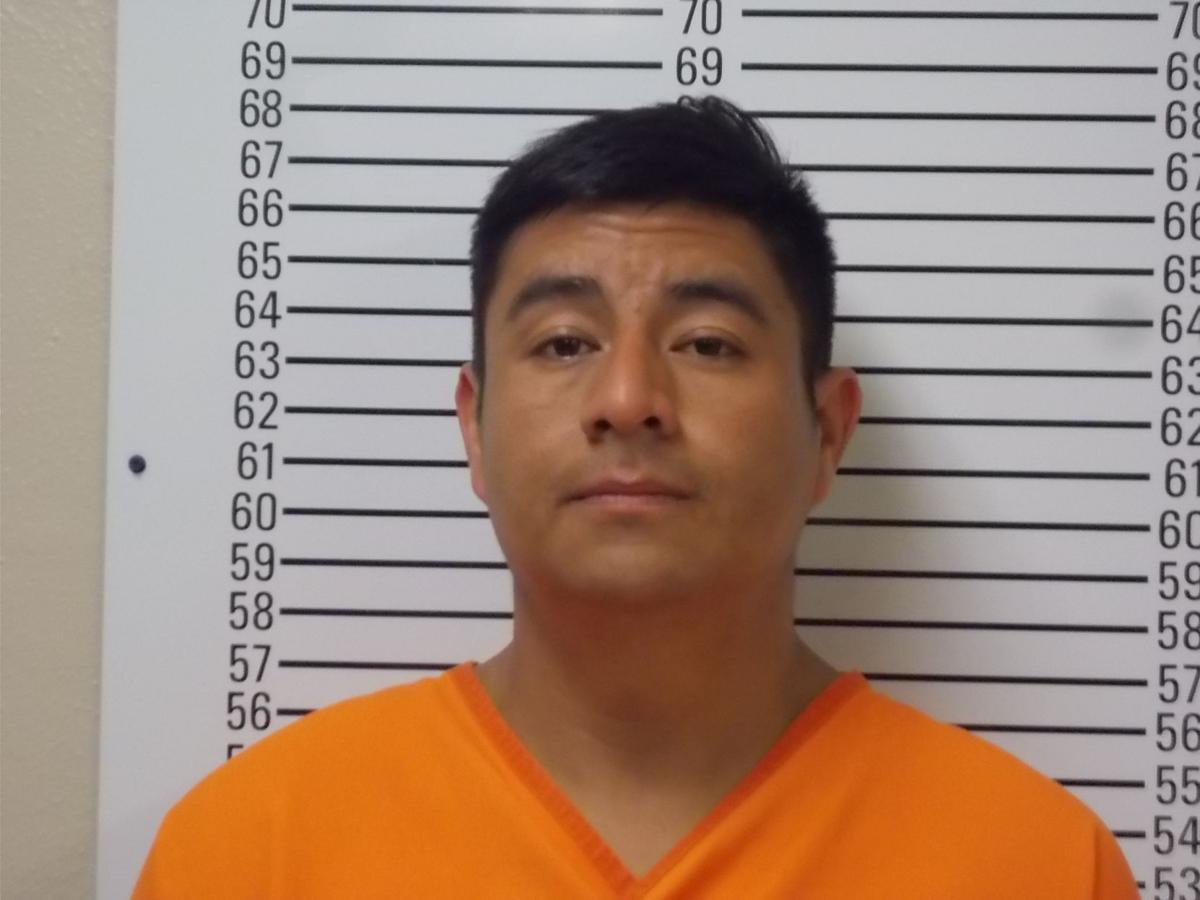 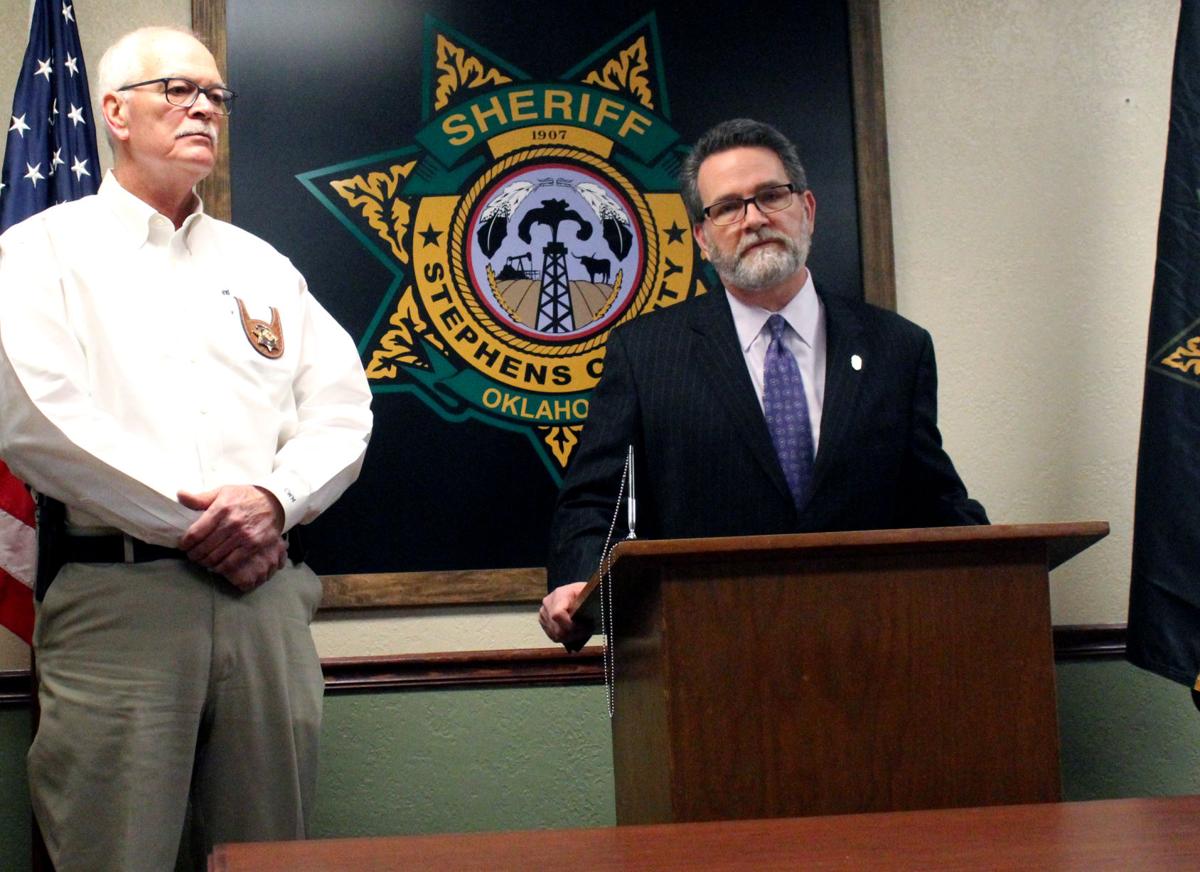 Baltazar Sanchez-Garcia, an illegal immigrant identified as the main suspect in the death of 20-year-old Salazar in 2016, faces charges of murder in the first degree with deliberate intent. He returns to Duncan, Oklahoma after years of legal work seeking extradition from Mexico back to the United States, according to Stephens County Sheriff Wayne McKinney.

The announcement came during press conference at 1 p.m. Thursday, Jan. 23, 2020, with McKinney and Stephens County District Attorney Jason Hicks at the Sheriff’s Office.

Baltazar Sanchez-Garcia, an illegal immigrant identified as the main suspect in the death of 20-year-old Salazar in 2016, faces charges of murder in the first degree with deliberate intent. He returns to Duncan, Oklahoma after years of legal work seeking extradition from Mexico back to the United States, according to Stephens County Sheriff Wayne McKinney.

The announcement came during press conference at 1 p.m. Thursday, Jan. 23, 2020, with McKinney and Stephens County District Attorney Jason Hicks at the Sheriff’s Office.

Three years and a few months after the murder of Linda Salazar, the man accused of her slaying is in custody of the Stephens County Sheriff’s Office.

Baltazar Sanchez-Garcia, an "illegal immigrant" identified as the main suspect in the death of 20-year-old Salazar in 2016, faces charges of murder in the first degree with deliberate intent. He returns to Duncan, Oklahoma after years of legal work seeking extradition from Mexico back to the United States, according to Stephens County Sheriff Wayne McKinney.

“Last evening, our investigators interviewed Mr. Baltazar and he has confessed to the murder of Linda,” McKinney said.

Both Hicks and McKinney said the process of having Sanchez-Garcia returned was “frustrating.”

“It was pretty frustrating,” Hicks said. “I know the victim’s family was extremely frustrated with the timeframe. We have a murder that occurred in November of 2016, we’re three years and a few months after that, waiting just for somebody to get back to the United States so we can bring them through our justice system.”

Hicks said in this specific case, the death penalty won’t be an option.

“Involved in all of this, one of the things that is required is that we sign a document stating we’ll take the death penalty off the table, so this will not be a death penalty case,” Hicks said. “If we would not have done that, the Mexican government would not have arrested him and sent him back to the United States, so that is one punishment that is off the table … It will either be life or life without parole that we have to seek in this particular case.”

McKinney said it was tough on his team, as well as the Marshal’s Service who assisted, but they didn’t “give up.”

“It was tough on our investigators and tough on the Marshal’s Service, who was an extremely big help,” McKinney said. “They located him deep in Mexico along with Mexican authorities. One thing, we had to get him located for sure and we were certain that he entered Mexico but we didn’t exactly know where he went.”

Hicks said through the waiting process, their hands were tied and they were basically “at the mercy” of the Mexican Government.

“That’s one of the things we were severely frustrated with was sitting and waiting on another government to approve the documents and go and put somebody into custody,” Hicks said. “That has been the majority of the time and the majority of the wait that we’ve had and it has been extremely frustrating from the get-go to have to sit and wait, knowing that you’re waiting on another government and a government of another country to be able to make decisions, knowing that he was in Mexico and that we were at the mercy of another country … not knowing if they were actually going to take him into custody and send him back — extremely frustrating and I know it was for the victim’s family as well.”

Original reports show Salazar was reported missing Nov. 6, 2016, to Marlow Police Department. One day after, Salazar was found “brutally murdered” in northwestern Stephens County at Sanchez-Garcia’s residence, located near the intersection of McKinley Road and Shamrock Road within the city limits of Marlow. Reports show the victim sustained “mortal wounds by sharp force trauma to her neck” and died as a result.

The couple shared a child, according to records.

On Nov. 29, 2016, authorities issued a warrant for Sanchez-Garcia’s arrest.

McKinney said work between his office and multiple other law enforcement agencies began with the investigation at the time of the murder when lawmen learned Sanchez-Garcia fled to his home country and has continued through the extradition process.

With the assistance of the United States Marshal’s Service and the Stephens County District Attorney’s, McKinney said a request for arrest and extradition of Sanchez-Garcia was completed. That request was submitted to the United States Office of International Affairs Sept. 26, 2017.

The Office of International Affairs and the Department of the State then approved that request and formally submitted it to the Government of Mexico on Nov. 7, 2017, just one year after Salazar was found murdered, McKinney said.

On May 22, 2019, the Government of Mexico issued an arrest warrant for Sanchez-Garcia. Work between the United States Marshal’s Service and Mexico Interpol Police resulted in locating and arresting Sanchez-Garcia June 28, 2019, who was taken to prison in Mexico.

While fighting the extradition to the United States, Sanchez-Garcia remained in prison until he lost his appeals in Mexico’s courts and the U.S. Marshal’s Service returned him to the states.

“I just briefly want to take a moment and specifically point out U.S. Sen. Lankford’s office for all the assistance and all the help that his office gave to us, specifically Steve Carson,” Hicks said. “That was a tremendous help … in bringing this offender back to Stephens County… trying to get him back in the United States so we can see justice. Sen. Lankford’s office was phenomenal in working with all of us and I want to make sure we understand that.”

From this point on, Hicks said they have a limited time frame to get Sanchez-Garcia to trial.

“We will have a very short time frame within which, under the extradition statutes, to make sure he gets to trial and my office will do everything it can to ensure that happens and we have justice and justice will occur in this particular case,” Hicks said. “Under our extradition statutes, because we brought him back from another country, there’s a requirement that we’ll have him presented to a jury and tried within a certain time frame. And we’ll do that, we will be well within the timeframe. If I remember, I think it was 180 days to have him tried and we’ll do it, we’ll easily be able to comply with that.”

Until the trial, Hicks said it’s important to understand the difference between “facing charges” and “guilt.” Hicks said as they continue the process, certain details wouldn’t be released, but after the case is decided and sealed, there would be more to talk about.

“There’s a presumption of law that there’s not been a finding of guilt, that he’s innocent,” he said. “We do have to understand he’s been charged with murder in the first degree, but he’s not been found guilty at this point. The presumption is that he is innocent until found guilty and that’s what this process is going to be about.”

McKinney said this case shows why America needs to “strengthen” its borders.

“For our office it has been extremely frustrating from those same points, but I will add we hear a lot of talk about strengthening our borders in this country,” McKinney said. “This is one good example of it and this goes on all over the United States today. These illegals run back and forth across the border, they come to our country, commit a crime and take solitude back in their country where they think they’re protected. Now, this took almost three years to get him back here, but I’m proud of our D.A.’s office, my investigators who did not give up. We wanted him brought back to stand accountable for the murder — the brutal murder — that he did to this lady and hopefully get some closure for the family.”

A bond hearing for Sanchez-Garcia is set for 1:30 p.m. Friday, Jan. 24 in Judge Herberger’s courtroom. Court records show Sanchez-Garcia also faces a count of larceny of an automobile.