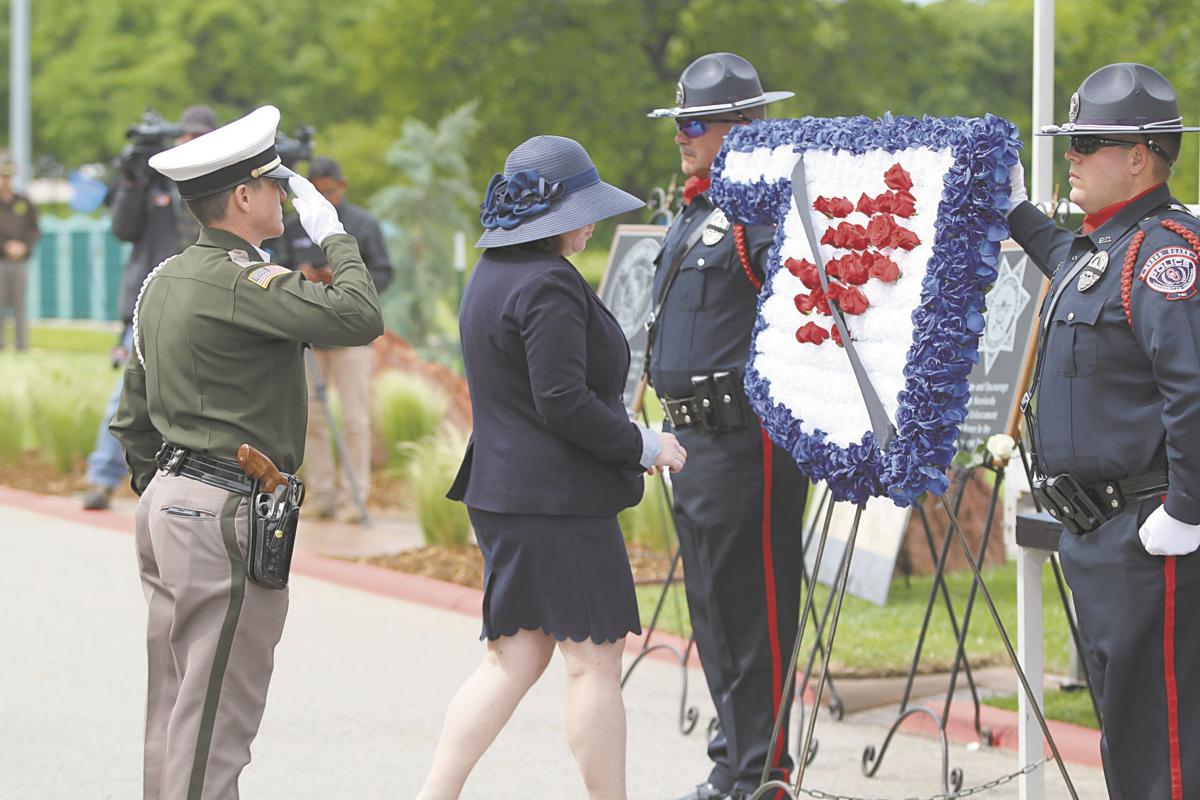 Tulsa Police Department honor guard put a rose on the memorial for Bak who was killed in the line of action back in August of 2016. 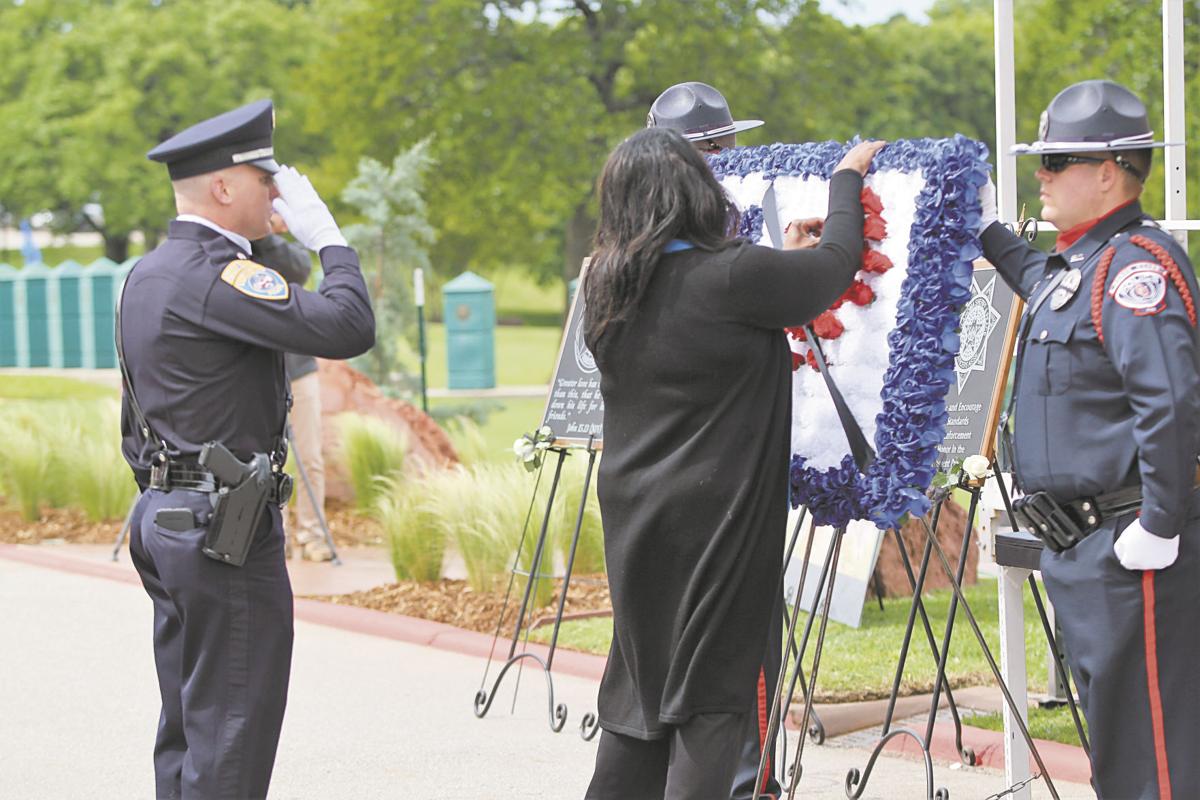 Tulsa Police Department honor guard put a rose on the memorial for Bak who was killed in the line of action back in August of 2016.

It was a special day at the 51st annual Oklahoma Law Enforcement Officers Memorial Service as they honored two Stephens County Sheriff’s K9 Deputies, Tuco and Bak, who were killed in the line of duty.

The Oklahoma Department of Safety created the memorial after getting generous donations from public and private entities to create a monument and acreage for the first time in their history.

Phil Williams, emcee and board member for the memorial, started the ceremony by giving opening remarks about what officers mean to Oklahoma.

“We came together today like the rest of us to pay tribute to the service and sacrifice of the fallen law enforcement officers,” Williams said.

“We pay tribute to all who lost their lives in the line of duty on Oklahoma soil and gave their last full measure of devotion. But most importantly, we come to honor the families of the brave men and women left behind.”

Bak was the first Stephens County K9 unit to be honored in the call of heroes and he was represented by the honor guard from Tulsa Police Department as they placed a rose at the memorial.

In 2016, Bak was found dead in his patrol unit on the morning of August 26 after being left unattended for thirty-eight hours in Stephens County.

Tuco was the next to be honored as the honor guard representative from Edmond Police Department put the rose on the memorial in honor of Tuco.

Entering a call on the early morning of May 20, 2018, Tuco was killed when he and his handler were responding to a call in the rain and their unit hydroplaned, flipped and landed upside down in a water filled ditch.

Another deputy who was following stopped and was able to get to Tuco’s handler out safely, but they were unable to save Tuco in the wreck.

The service honored 14 fallen officers during the Friday morning service in Oklahoma City and the K9 units got a special place to be memorialized on the memorial.