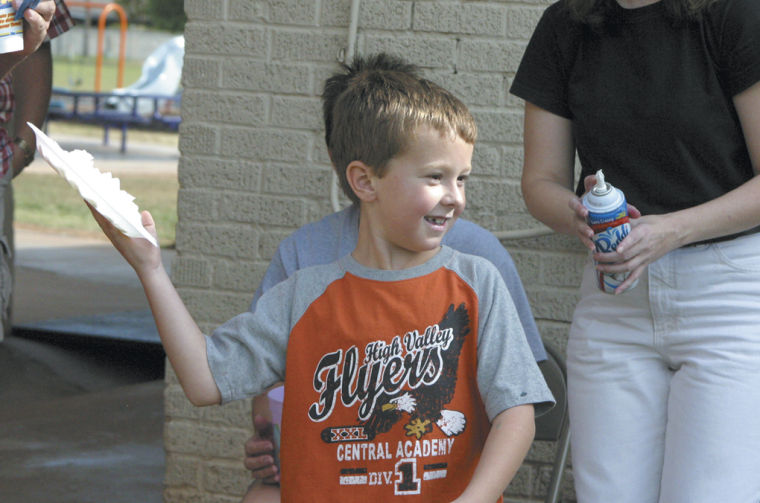 Caden Reeves prepares to launch a pie during the Woodrow Wilson carnival. 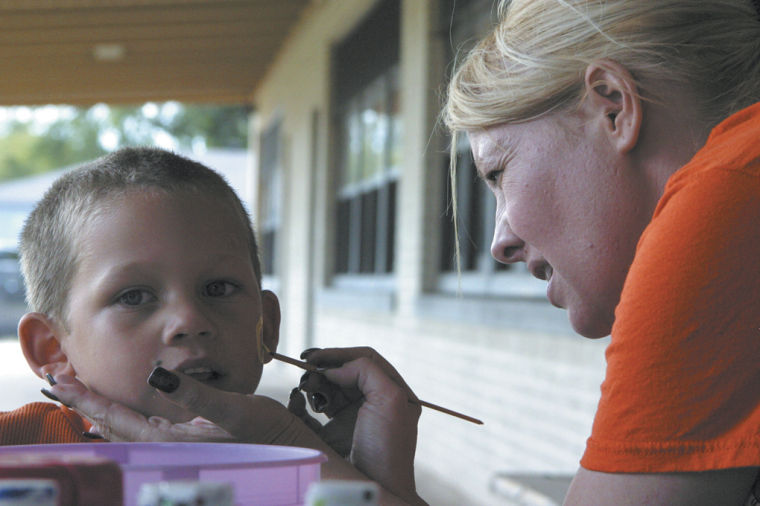 Caden Reeves prepares to launch a pie during the Woodrow Wilson carnival.

In an odd turn of events, many of Woodrow Wilson Elementary students went to school Saturday.

PTO Vice President Geneva Bolenbaugh said the carnival is the school’s biggest fundraisers. As such, it’s success has been a positive things for the school.

She said the PTO used to sponsor a carnival several years ago, but for some reason, the event went away. But since the PTO reestablished the carnival, the organization has had a lot of success with the parent and teacher run event.

This year’s program featured a variety of activities. Students lined up to take part in a cake walk, while others stood in lines to throw pies at elementary counselor Tim Hightower.

The event also featured hair coloring, face painting, temporary tattooing. Plus, students could also play Guitar Hero, see if they could win at Bingo or take part in any number of other activities.

Bolenbaugh said she was pleased with the turnout. She said the carnival is an important things for the students.

“It’s a good fundraiser for the kids,” Bolenbaugh said. “It teaches them school can be fun.”

She said the PTO, which consist of five or six people, may be a small group, but the members work well together. This teamwork has helped make each year of the event successful.

“We have a good team,” Bolenbaugh said.

She said a lot of work goes into the event, but the PTO has fun doing it. Bolenbaugh said there’s one reason why they put in all the hard work.

Many of the school’s teachers also pitched in by running the various activities and booths. Parents could be seen being dragged along by their children.

For the school, for the children, the community came out.

“They have a lot of fun,” Bolenbaugh said.