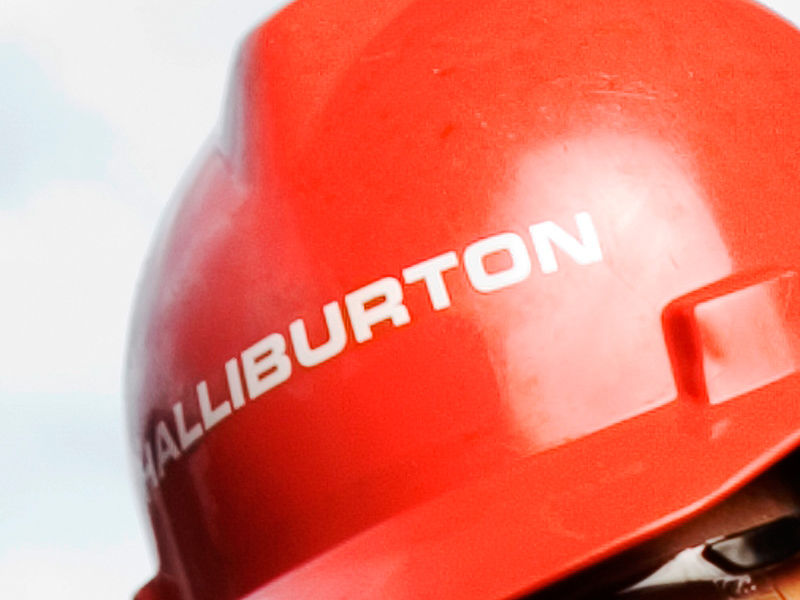 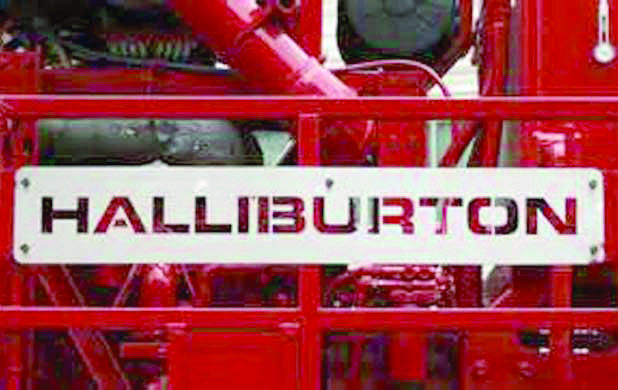 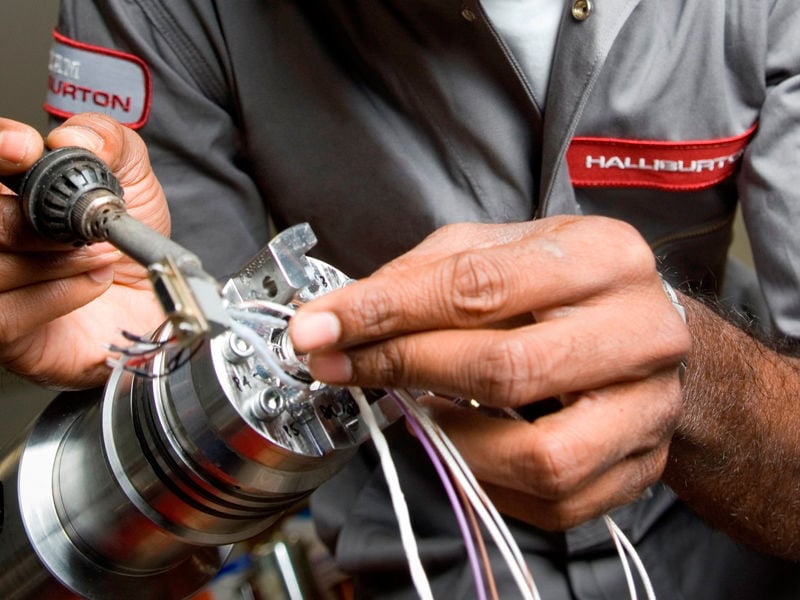 While Nov. 8 marked the celebration of Halliburton’s 100th anniversary in Duncan, reports of layoffs at Duncan’s Technology and Manufacturing centers were confirmed less than a month later.

The news came two days after the company announced it would be shuttering its El Reno operations with almost 800 employees set to lose their jobs and one day after another announcement confirmed the El Reno operation would move back into Duncan territory.

In a statement to The Duncan Banner Tuesday from Emily Mir, Halliburton senior director of global communications and marketing, it was confirmed the El Reno operation would move back home, though workforce reductions would still occur.

“Halliburton confirms it is relocating the majority of its operations in El Reno to its Duncan field camp in December,” Mir said. “We made this decision in response to reduced activity levels in Oklahoma and the greater Mid-Continent area. Consolidating our operations takes advantage of Halliburton’s extensive footprint and synergies in the Duncan area including a strong employee hub and manufacturing expertise. Making this decision was not easy, nor taken lightly, but unfortunately, it was necessary as we work to align our operations to reduced customer activity.”

Halliburton, around 2014, started its effort of relocating Duncan operations to the Oklahoma City suburb, as reported by The El Reno Tribune. Workers from Duncan were moved to El Reno, where “close to 200 acres was purchased on the south side of SH 66” along with more land and “a large rail-based sand storage yard was created.” The same newspaper reports projections of the investment around the $100 million range.

In an interview with The El Reno Tribune, Mayor Matt White said there was one positive to the outcome of the closure: Halliburton was responsible for payment of most of the infrastructure set up for the operation.

“We rode the wave,” White told the publication. “The difference in previous booms was this time we made sure they paid for most of the infrastructure. They paid for the concrete roads, the traffic lights, the exit ramps.”

Chris Deal, Duncan Chamber of Commerce president, confirmed Wednesday as layoffs were taking place in El Reno, they were also taking place in Duncan, though an exact number is not yet available. Comments from Halliburton officials on the layoffs in Duncan were not received as of press time.

Deal said the reduction was expected, as the company in a previous quarter announced it would reduce numbers by up to 8% nationwide.

“I’m sure by the end of this week we’ll probably know friends that have lost their job,” Deal said.

President and CEO of the Duncan Area Economic Development Foundation Lyle Roggow said the volatile nature of the oil sector has played a large part in reduction of workforce.

“My heart goes out to those individuals who have been displaced because of the current situation, but also I understand there’s also that need for any business in this situation to have to make adjustments for them to be able to move forward,” Roggow said. “You’ll also have to understand what’s going on in the oil and energy sector with the decline in oil wells being drilled, we’re currently down by about 276 rigs, which is about a 26% decrease from the previous year. When you have to make adjustments, these are the things that happen to the field camp folks.”

Deal said with a large oil related company in the community, it’s important to understand how rapidly the global market changes, especially with its cyclical nature. The Shell industry has also struggled, spent about 80% of their capital and with a lack of investors, there’s a big change on the technical side, from e-fracking to other outlets due to a different world that has emerged from changes in technology.

The differences are apparent in how economic indicators have dramatically evolved through the last five years.

“If we look at December of 2014, there were 2,989 employees at Halliburton. Unemployment was like 3.2%,” Deal said. “Then by November of 2016, our unemployment was 12.7% and Halliburton’s number was 852. So you can see the chilling effect, and then it's kind of like skipping a rock across the pond, you’ve lost that many people, maybe you had other businesses come in … or maybe Duncan Machine Products is expanding. It is hard to replace 2,000 employees — 2015 and 2016 were totally devastating. We have not completely recovered. Unemployment has ticked up a point and a half this year, this time last year we were at 3.4%, right now we’re at 4.9% and that’s not including what has occurred this week.”

Halliburton Company previously announced a conference call, scheduled for Tuesday, Jan. 21, 2020, to discuss its fourth quarter 2019 financial results. The call is set to begin at 8 a.m. central time, and information regarding the fourth quarter 2019 earnings will be released prior to the conference call. Information about the call can be found at www.halliburton.com.

How operations returning to Duncan will impact the area

It’s unconfirmed at this time how many workers from El Reno’s oilfield services operation will return to the Duncan area, though Deal said some of these workers feel like it could be in the 400 range.

“I’ve had a realtor or two, one specifically that has been getting calls from several people from El Reno looking for houses here in Duncan that were from Duncan that had moved to El Reno, and when he asked them questions, they said, ‘Well so far we feel like there must be around 400 of us that are coming back to Duncan,’” Deal said. “In other words, they were given an option to relocate.”

In Duncan, Deal said Halliburton is part of the community’s blood, growing with Halliburton in the oil industry. Moving operations back to the heart of Stephens County ultimately will benefit the economy.

“People just 80 miles up the road from us, 800 of them just lost their job and so I don’t want to be celebratory, but I am also thankful that Halliburton is considering bringing that unit field services back to Duncan where it originated,” Deal said. “I was afraid Halliburton was just going to shove field services closed and send it somewhere else and not bring it back home, but by then bringing it back home, that’s going to help our economy in a lot of different areas.”

Those sectors include the housing market, the retail market and boosting enrollment in schools.

“If you have any amount of people move into the community, it is going to lift up your retail district, it is going to lift up your housing district, it is also going to … help (Duncan Public Schools) enrollment come back to where it was,” Deal said. “Whether it's 200 or whether it's 400 or however many of that 800 end up relocating here over time, it is going to have a direct benefit for many of our different sectors of the economy, but an indirect benefit is that for each person that moves in, you know he may have a family or she may have a family, maybe a husband and wife and two children, so it has a compounding effect.”

In Duncan, a large portfolio of houses are already for sale. Deal said the average house sold price has dropped from around $120,000 to around $86,000 partially because the city now has a buyer’s market.

“That’s going to help our real estate market,” he said. “We know in our retail market because of the oilfield the last 15 months, we’ve had soft sales if you go to talk to any retailer. Now, this Christmas looks pretty good so far, but if you were to look at the rest of the year, and the sales tax revenues, the sales tax revenues are only about 2% less than last year, but the make up on that was the Wayfair finding of online sales that now are being recorded and taxes are being paid on. They’ve made up the gap of what you’re actually losing in retail sales because people aren’t buying as much because, you know, the economy.”

Deal said no matter the number of employees relocating from El Reno to Duncan, it’s just like bringing another company to town with the amount of payroll that will follow.

Roggow said the move back to Duncan was logical, as there was already an Oklahoma field camp set up here previously.

“If you’re trying to look at the direction of what drilling activity is occurring, it makes sense for it to be closer to this areas as well,” Roggow said.

Roggow said the next step to alleviating stress for displaced employees is to find other workforce opportunities.

“There will be some opportunities for those individuals, though I can’t hone into specifics yet because I don’t exactly know what the number is of how many have gotten displaced locally or what areas have been impacted locally,” Roggow said. “What I would tell anybody is that we probably, in due time, will have some different activities as far as a job fair to put those employees into positives. It’s very unfortunate at this time of the year, but we’re here to assist however we can.”

Roggow said some of the options available for displaced workers include career training opportunities available in the community.

“As this has happened in the past, we’ve had people go into a different career occupation whether it be nursing or something else,” Roggow said. “We’ve also had people start businesses during these challenging times. There are opportunities, it’s just a matter of us sitting down to find a different way and means to help those individuals.”

Roggow said something his organization strives for is diversifying the economy to help alleviate the impact felt when oil prices takes a turn for the worse.

“We have been striving to diversify the economy,” Roggow said. “It’s not as simple and easy, it’s very complex, but if we had more diversification, it does help absorb some of these challenging times that we endure. Unfortunately, with the oil industry, this tends to happen more often than not where a downturn happens or an adjustment needs to be made.”

He said while those looking for employment are often attracted to oilfield jobs because of pay, they have to understand it comes with a risk.

“We need to recruit different kinds of businesses that are not energy-based businesses,” Roggow said. “Typically, those are the higher paying jobs. What people want at the end of the day is stability, but diversification is a must.”

Deal said those who have been displaced have at least three options for starting the job search. He recommends vocational training programs at Red River Technology Center, Cameron University’s Duncan campus and Duncan’s Workforce Center.

Ray Dyer from The El Reno Tribune contributed to this story.

STRATFORD [ndash] Services for Martha JoAnn Way Johnson, 80, of Stratford will be held at 1 p.m. Wednesday at Alexander-Gray Funeral Home, Wilson. Burial to follow at Hewitt Cemetery, Wilson. The family received visitation Monday at DeArman-Pickard Funeral Home in Stratford. JoAnn will lie i…