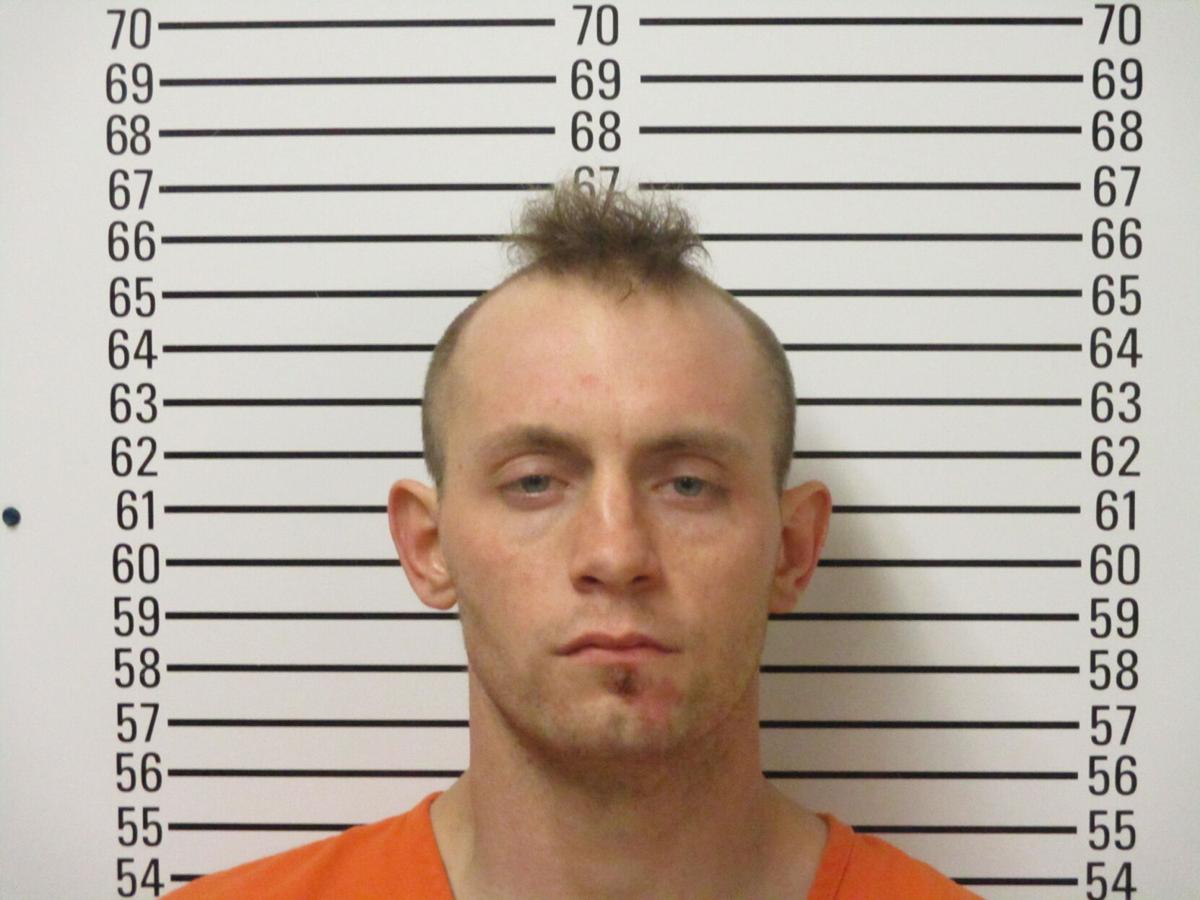 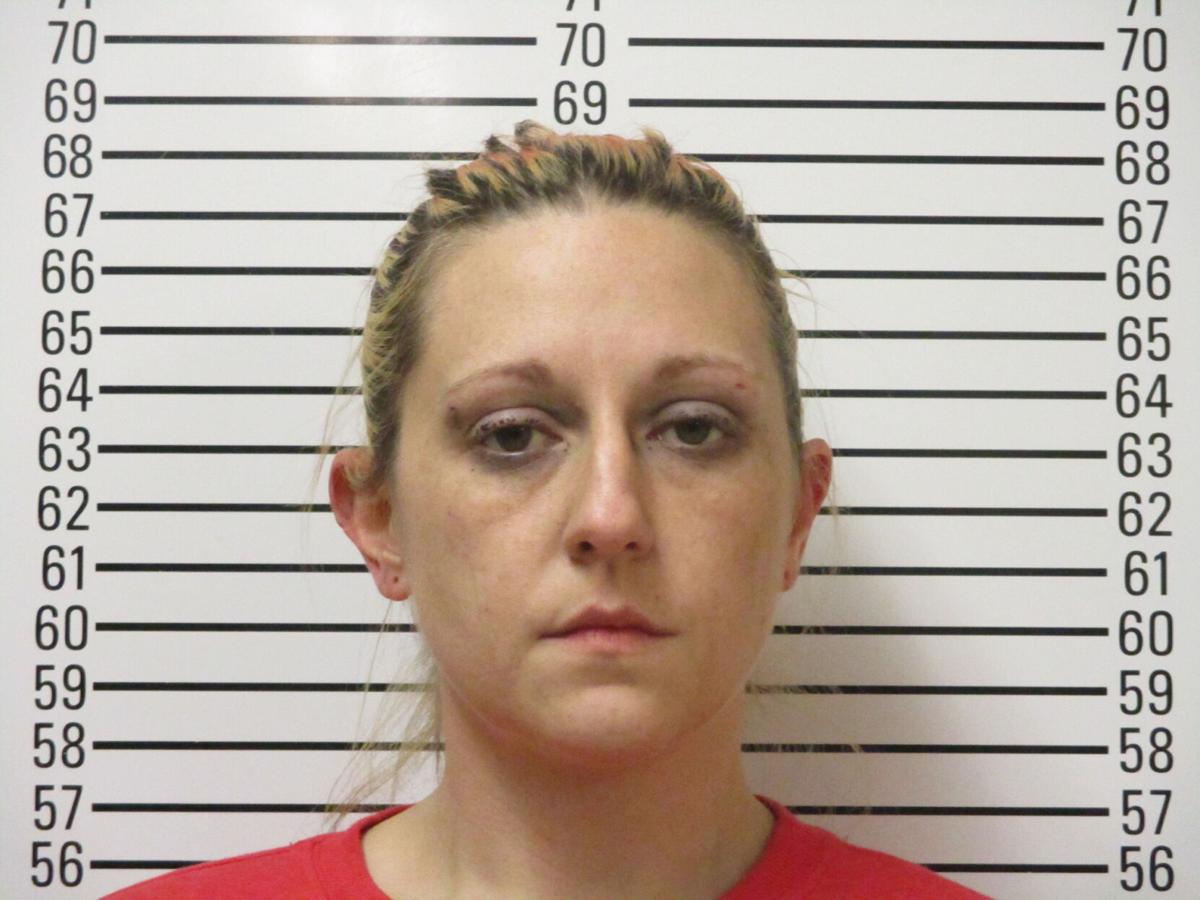 Court records posted Friday indicate two individuals now face formal charges in a case that turned up the body of a Duncan man near the train tracks at 7th and Elder on Tuesday.

Earlier this week, police confirmed the identity of the victim as 26-year-old Keith Daniel Williams, of Duncan.

Duncan Police received the first call about Williams around 10:30 a.m. on March 23, 2021, on the railroad tracks behind Delta Nutrition Center. When police arrived on scene, they noted in the report finding the victim “laying on his back on the east side of the railroad tracks with his head towards the northwest and feet towards the southeast.” The victim, reports state, “had an injury on the right side of his face consistent with a gunshot wound” that included stippling, which is “caused by unburned particles of gunpowder striking the skin from a close in proximity distance from the muzzle to the skin.”

Oklahoma State Bureau of Investigation (OSBI) and the Oklahoma Medical Examiner’s Office received notification around this time and arrived to help with the scene.

Affidavits show a search of the area took place that resulted with police finding a wallet belonging to the victim containing his identification card. From here, police located utilities in the victim’s name in the 600 block of north J Street, and went to the location to try and make contact with anyone else at the home.

Police spoke with two of the victim’s family members, according to reports, and one of the family members advised the victim had been last seen about two or three days earlier at the home on J and was with Tidwell at that time.

The same interview with family members led police to discover at some point in the afternoon on the day the victim was last at the home, he left the property on J, but Tidwell remained. Later, when the family member left, Tidwell also left on his bicycle. The family member told police the victim lived in the 1300 block of 7th Street and stayed there with his girlfriend, identified as Farber. Affidavits show Tidwell “is also in a dating relationship with Farber.”

Investigators then went to the home in the 1300 block of 7th Street and attempted to make contact with anyone home. After several minutes knocking, a man answered the door and he and three others, including Farber, were instructed to exit the residence and all complied. They were asked to go to the police station for statements and agreed, though one was unable to because of a medical issue.

Police also secured the residence pending a search warrant. While waiting, an officer heard noises from inside the garage and went to inspect it and found Tidwell “on the floor and it appeared he fell through the ceiling of the garage,” reports state. At that time, Tidwell was detained and transported to Duncan Police station. Prior to transport, police searched Tidwell and found a 9 mm bullet in his right front pocket.

Police conducted interviews with those in the home on 7th Street and learned from two of them the victim hadn’t been seen in about two or three days. One of them, upon learning of the victim’s death, became emotional and told police Farber had told them she needed help, which they thought was weird because she doesn’t ever ask for help. The same interviewee told police Farber told them Tidwell shot the victim but they didn’t know if it was true or not because Farber “lies a lot” and they didn’t want to be part of it.

The third person inside the home said Farber told them Tidwell shot the victim on the other side of the tracks and wanted the person to go check and see if the victim was still there. The interviewee told police they also didn’t believe Farber and asked her to take them to the body and when they did, Farber and Tidwell allegedly left to become intimate.

In an interview with Farber, police were told the victim, Tidwell and her were in a “poly” relationship and both Tidwell and the victim were her boyfriends. She also told police she believed the victim was at his family’s house. When showed a picture of the deceased, Farber “started to show emotion and crying” stating she didn’t believe the victim was dead. Police told Farber several times they knew she knew what happened to the victim.

That’s when Farber told police she and the victim had been near the senior center for about 45 minutes when Tidwell showed up upset at her because she had been gone longer than 20 minutes. Tidwell and the victim started to argue, according to the affidavit, and Farber left. Later on, Tidwell came back to the house with the victim’s bike and said “he’s dead” which Farber told police she figured meant “when he gets back he was going to fight him.” The affidavit reports, however, that “she concluded due to ‘deductive reasoning’ the victim was shot and the body would be by the railroad tracks.”

Police noted in the report she had not been told how or where the victim’s body was found, but she insisted she “was smart” and “knew he had been shot because Tidwell has had guns in the past and the body was near the tracks since they were at the senior citizens building when this started.” She then told police she never left the house because she was fearful of Tidwell.

Police interviewed Tidwell, who told police about the poly relationship as well. When asked about the victim, Tidwell “acted confused and knew nothing as to what happened but said he considered the two of them brothers,” reports state.

In the process of the interview, Tidwell later on admitted to shooting the victim in the face at the location where the body was found. Tidwell stated all three of them were walking back from the store when they began to argue. According to Tidwell’s interview, Farber continued walking and while the others were stopped, “the victim took a swing” at Tidwell but missed. Tidwell said that’s when he removed the 9mm pistol from his waist and shot the victim in the face, reports state.

Tidwell told police, “he made sure there was enough time for Farber to get home so she didn’t have to hear it,” and by hear, he meant the fight and not the gunshot.

Tidwell also clarified for police he did show the body to Farber because she didn’t believe him and told police they did in fact become intimate after seeing it.

During the execution of the search warrant, police found two burn pits containing unknown burned items and water from the recent rain. Tidwell told police Farber burned his clothes and it was her idea.

At the end of the interview, police noted Tidwell started to talk as if he was speaking to Farber and said: “I did this all for you. Remember me. Write me. I love you.”

According to court documentation, Tidwell, in 2016, was convicted of possession of an offensive weapon on school property, a felony.

ADA [ndash] A private memorial service will be held for A. J. Stanfield who died Tuesday, July 27, 2021, at age 77 at home. A.J. was born Jan. 1, 1944, at home near Atwood, OK to Lois Etheredge Stanfield and Claud Samuel Stanfield. He was named in memory of his grandfather Jacob Arthur Stanf…