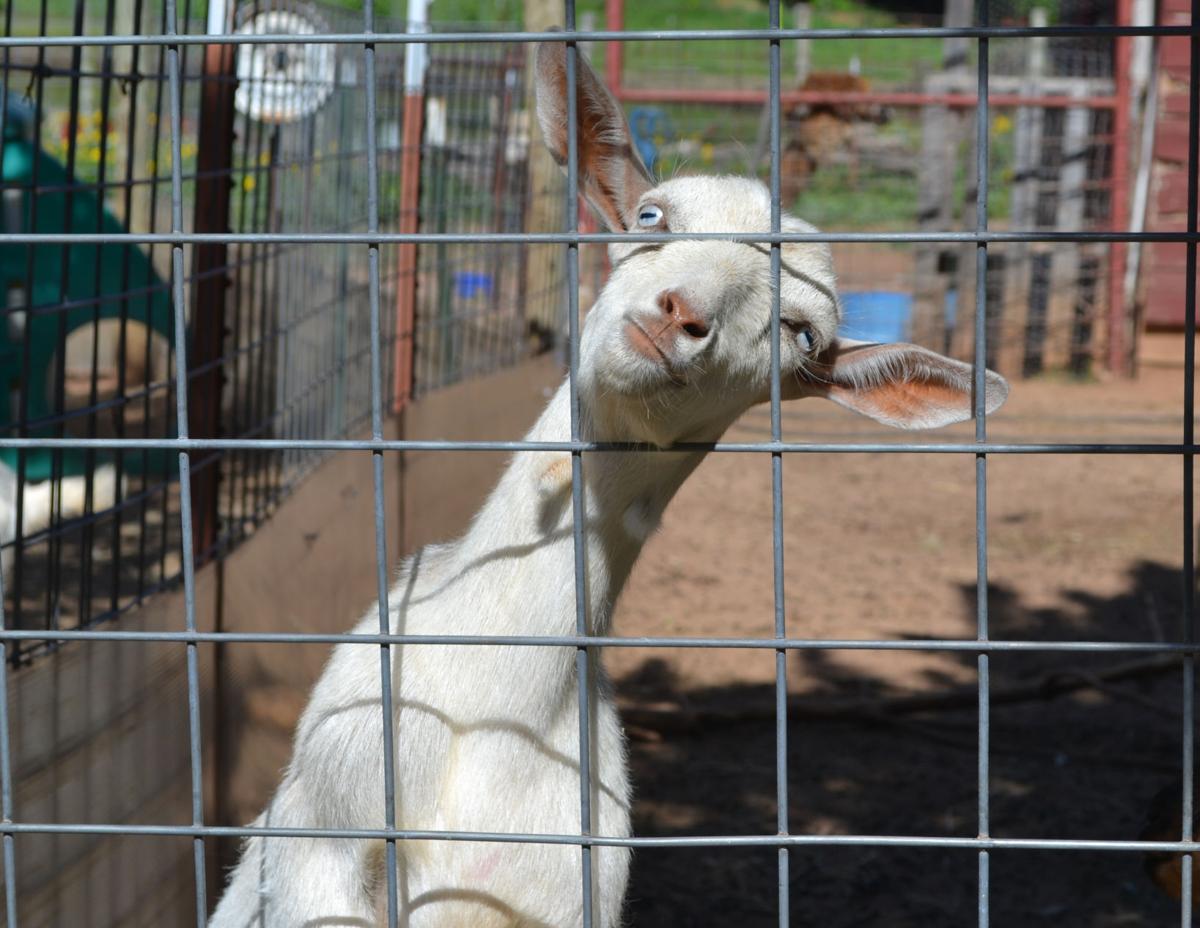 The petting zoo houses several animals including many goats as well as Nigerian dwarf goats. 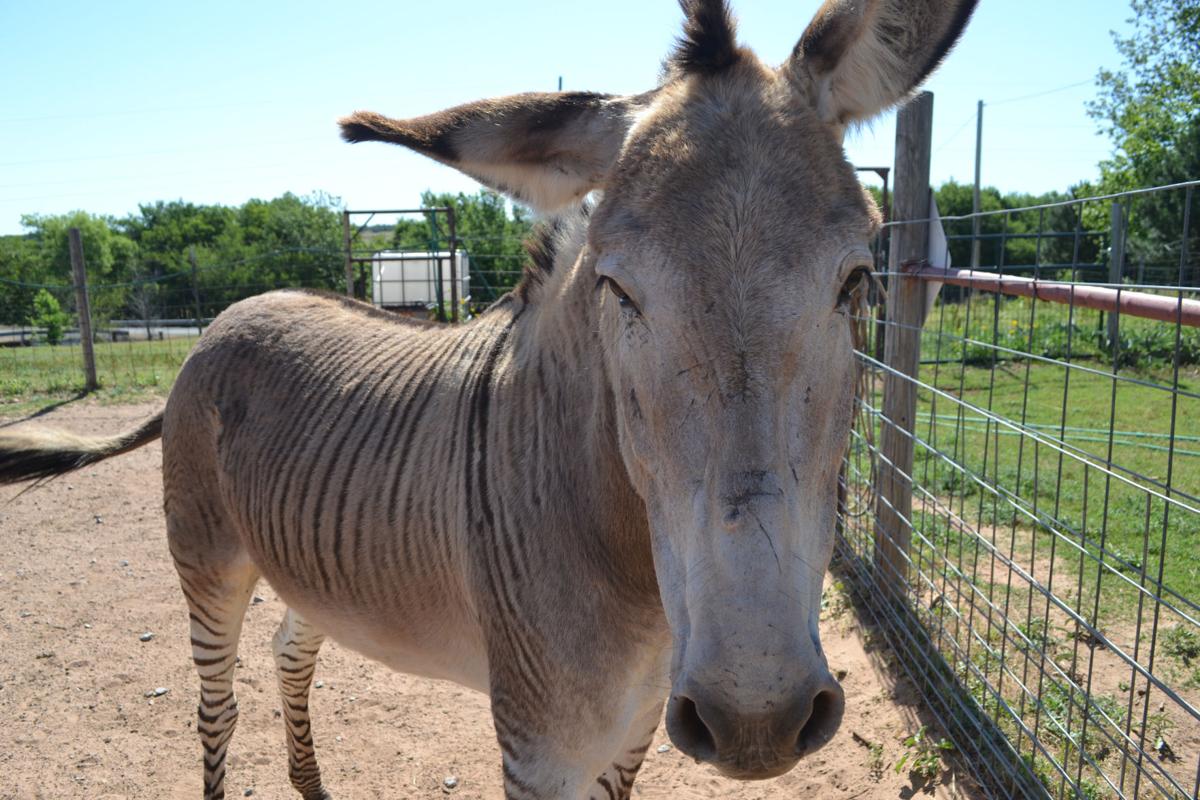 Zed, the Zonkey, a mix between a zebra and a donkey, is 11 years old. 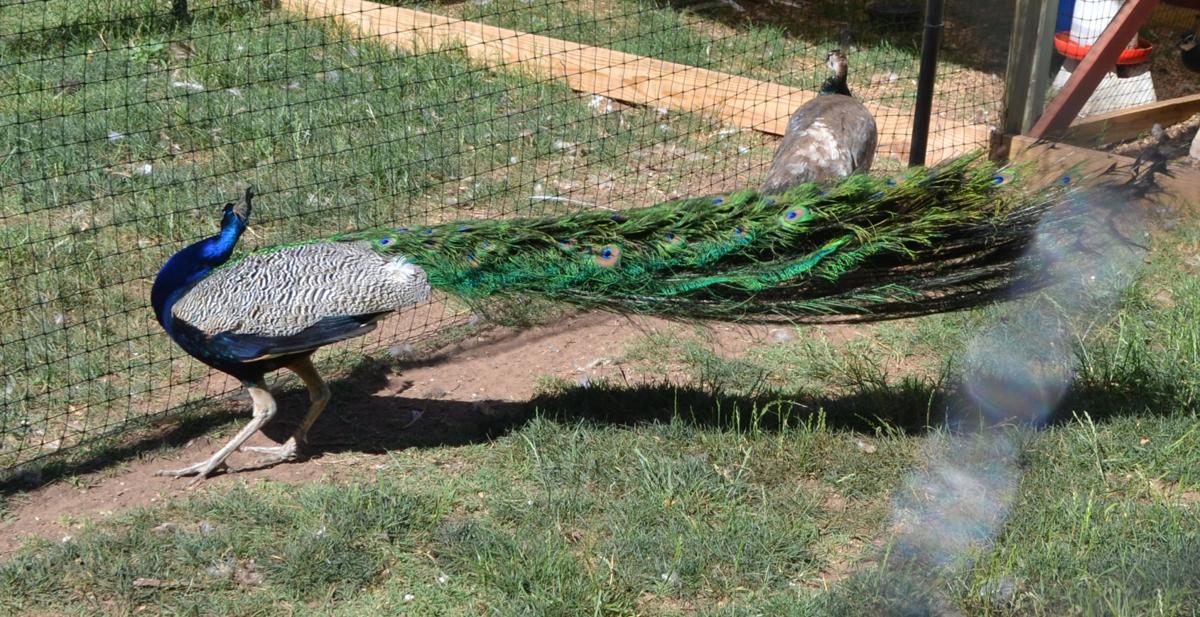 The petting zoo houses several animals including many goats as well as Nigerian dwarf goats.

Zed, the Zonkey, a mix between a zebra and a donkey, is 11 years old.

Over the last five years, DT Ranch in Marlow has owned and operated a fun, adventurous and educational petting zoo for all ages.

DT Ranch opened their gates last fall to visitors. The owners work the ranch during the week and operate the petting zoo on the weekends.

Diana Burns, owner of the petting zoo, has over 100 named animals in her zoo on their 53-acre ranch.

As well as housing goats, the zoo has two alpacas, which Burns uses fiber from to make hats and scarves.

Burns said she sheers the alpacas in spring, sends it off to be cleaned then when it comes back, she spins the product into yarn.

The petting zoo also houses a Vietnamese pot belly mini pig named Rosie. Rosie’s been hand-raised since she was three.

There are boy goats and girl goats, which can be hand-fed, along with Boo, the pig, who interacts with people, and is sweet and gentle, according to Burns.

Burns also created the Cluckers Old West Town, complete with a saloon and a jail, which she hopes to expand. The old west town houses a few ducks, chickens and roosters.

“All my animals out here, you can pet and touch,” Burns said. “They are friendly.”

They recently had a three-week old calf join in among the animals as well as Snowflake, the cow, and Zed, the Zonkey, a mix between a zebra and a donkey. Burns said they got Zed two weeks ago and he’s 11 years old.

“He’s can actually pull a wagon, he’s broke to pull a wagon,” she said. “I have horses here that I have rescued from the kill pen. These are very good ridable horses.”

Job, a black horse, was a rescue.

“When kids come out … four to five years old, I put them on him and he will gingerly walk them around the barn here, and we can let go and he will walk with those kids,” Burns said.

Burns said she also picked up three mini donkeys that came from a herd of 209 from Peaceful Rescue in San Angelo.

“When people come, we put them on our trailer … pull it behind his tractor. We take them out, stop, and the animals come up and they can interact and pet them,” Burns said. “If they are kind of skittish they can get out and they can mingle with the horses and the donkeys.”

Most animals can be interacted with and petted throughout the zoo.

Rabbits are out for visitors to be able to hold as well.

“Most of our animals, except for the cows and a few horses are rescue animals,” Burns said. “I buy the goats and alpacas, I try to rescue animals and give them a good home.”

The petting zoo operates on donations to run their zoo.

“The people have been so generous,” Burns said. “Their generosity has been so overwhelming, it’s been able to sustain the animals as far as feed. I love my animals, they are loving and they love to see people, they love to interact with people, see new faces. So come on out and see everybody and I’ll teach you the names.”

In October, the decorations go up and “the animals will be dressed in costume,” Burns said.

The kids can come out the whole month of October and get their pictures taken with the animals, according to Burns, because the petting zoo will host a scavenger hunt for the kids  as well as hand out candy.

DT Ranch opens  from 10 a.m. - 4 p.m. Saturdays and Sundays to visitors by appointment only so they can spend time one-on-one with anyone who comes by the area.

For more information about booking your appointment, visit DT Ranch on Facebook.