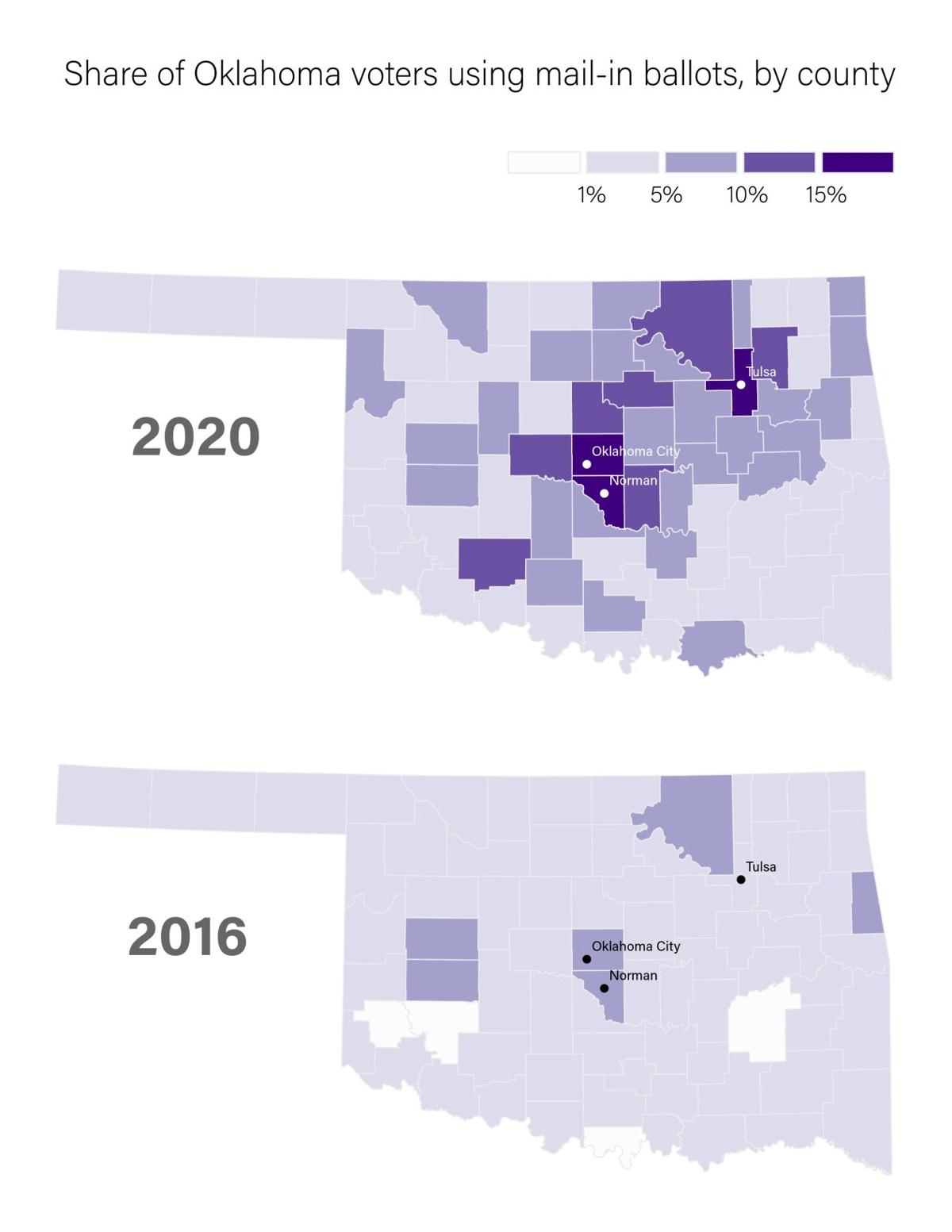 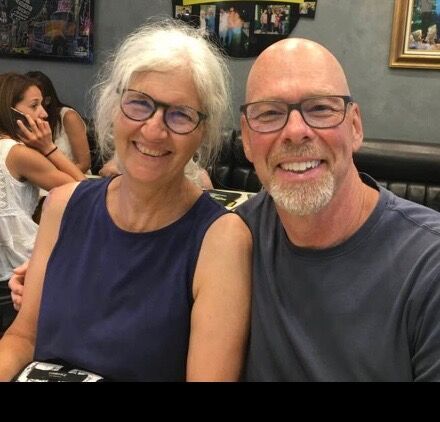 Oklahoma City residents Brian Davis and Judy Federa are spending the weeks ahead of the election notarizing ballots to make it easier for Oklahomans to vote by mail.

Oklahoma City residents Brian Davis and Judy Federa are spending the weeks ahead of the election notarizing ballots to make it easier for Oklahomans to vote by mail.

OKLAHOMA CITY — On a recent weekend, Brian Davis and his wife spent several hours notarizing strangers’s ballots at church on the northeast side of the city.

The Oklahoma City resident and his wife, Judy Federa, helped more than a dozen voters ensure their mail-in ballots were in order.

“There are barriers, and we’ve become very aware of that,” Federa said. “And, I feel that it’s important to make it easier to vote. Not (to be) unsafe or put our votes at risk, but encourage people. It’s a right and a responsibility.”

As the pandemic rages, Oklahomans voting by mail in the 2020 primary increased exponentially compared with the same election four years prior, according to an analysis of mail-in voting data obtained by CNHI Oklahoma through an open records request.

CNHI’s analysis found a gaping divide between rural and urban voters' use of mailed ballots.

In Oklahoma, Cleveland and Tulsa counties, mail-in ballots accounted for  nearly 20% of the total votes cast in 2020 primary, but in 33 other more rural counties, they comprised less than 5%. Overall voter turnout rates were largely similar regardless of population.

In Oklahoma, Democrats were considerably more likely than Republicans to vote by mail in 2020.

Residents over 65 — regardless of party — preferred in-person voting.

Rural residents are more likely to identify as conservative or Republican and urban residents, Democrats.

But some of the findings also may amount to proximity, Anthony said.

“It’s frankly easier and quicker perhaps to cast a ballot in rural areas where lines aren’t as long and there are just fewer people (on Election Day),” he said.

Also, experts note that Oklahoma remains one of three states that require voters to notarize mailed ballots. Lawmakers also are temporarily allowing voters to mail in a copy of a valid ID during the pandemic.

Also, rural Oklahoma residents may not have access to broadband internet, which could complicate their ability to request a mail ballot, he said.

Misha Mohr, a State Election Board spokeswoman, said state officials expect Oklahoma’s races will be settled by the end of the night. All mailed ballots are due by 7 p.m. Election Day.

But every state conduct elections differently, and Mohr said Oklahoma’s mail ballot laws serve as checks and balances to protect the state from “absentee ballot harvesting” and other fraud. Ballot harvesting happens when a third party collects and delivers ballots.

“It’s a small inconvenience for ballot security,” she said.

The Brennan Center for Justice found that fraud is “very rare, voter impersonation is virtually nonexistent, and many instances of alleged fraud are, in fact, mistakes by voters or administrators.” The nonpartisan public policy institute found the same situation for mail ballots, which are “essential to holding a safe election” during the pandemic.

A recent Amber Integrated poll of 500 likely voters found that more than 1 in 5 Oklahomans planned to vote by mail.

The poll found that more middle-aged voters — age 30 to 59 — planned to vote in person, said Jackson Lisle, a partner at the Oklahoma City-based public affairs firm.

“I would say it certainly seems like the largest reason here is really the COVID,” Lisle said. “It seems like it’s probably got a lot to do with people not wanting to stand in lines to vote.”

As of Tuesday, the state Election Board reported more than 278,000 absentee ballot requests — almost triple the number requested in 2016.

“The (county) election boards are so overwhelmed with requests they can’t get them sent out the same day,” said Jan Largent, president of the Oklahoma League of Women Voters.

Largent, who is nearly 70, and lives in Stillwater, said she plans to vote by mail, but depending on when her ballot arrives, she may end up walking it into her county election board to ensure it arrives on time.

Her group is pushing lawmakers to relax the restrictive mail-in balloting laws requiring notarization or ID. They’d also like the state to provide free postage.

“Are we more prone to voter fraud in this state than other states? I don’t think so,” she said. “It would be nice if people could verify their ballot under penalty of prosecution.”

Norman resident Claudia Swisher became a notary solely to help voters cast ballots. She had to pay $100 and get permission from county election officials in Cleveland, Oklahoma and McClain counties so she could exceed the 20-ballots-an-election limit.

She promotes her free service on social media and meets people at a coffee shop about quarter-mile from her home. She brings disinfectant spray, wipes and a face mask along with her notary stamp.

“I make a point of saying I’m going to do it safe,” she said.

One recent day, she notarized four ballots. Interest continues to pick up as Nov. 3 nears.

Kaye LaFond contributed to this report.

If you vote by mail

If you vote by mail