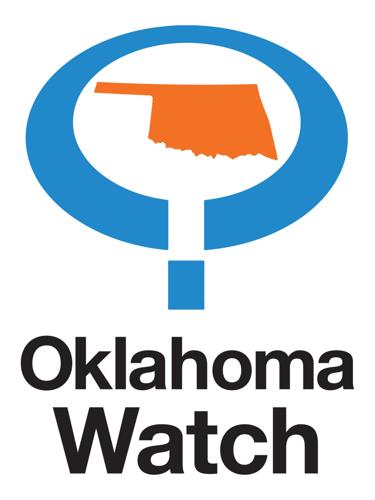 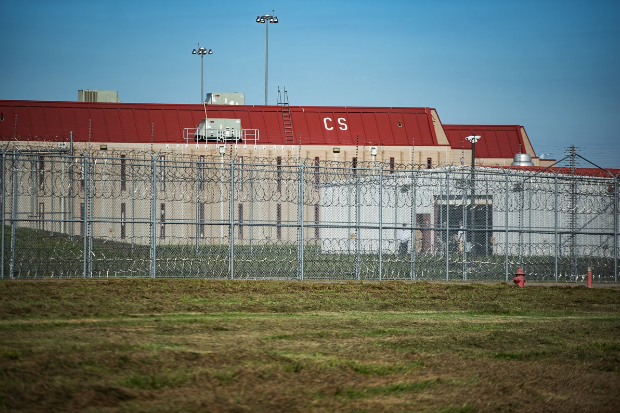 Davis Correctional Facility in Holdenville is one of two private prisons in Oklahoma.

Davis Correctional Facility in Holdenville is one of two private prisons in Oklahoma.

At least 18 people have been stabbed — three fatally — in one private prison in southeast Oklahoma this year, emergency records show.

Stabbings at the Holdenville prison through July more than tripled since 2021, according to Hughes County emergency medical services call data obtained by Oklahoma Watch through an open records request. The data includes stabbings where the victim was transported to the hospital by prison or EMS staff.

Hershberger, 61, was attacked from behind by inmate Gregory Thompson, 49, using a homemade weapon, according to a news release. He was the first state correction officer killed on duty since 2000.

The 1,600-bed prison is owned by the world’s largest private prison company, CoreCivic, which operates more than 100 prisons in the U.S. CoreCivic is paid $50 to $63 daily per prisoner depending on security classification, according to its state contract, which is up for renewal in July 2023. Davis can incarcerate up to 1,314 medium- and 360 maximum-security prisoners.

Oklahoma prisons have been plagued by staffing shortages and operational inefficiencies, according to a June report by a state legislative oversight committee. State prisons are regularly staffed below 50% of the recommended level, the Legislative Office of Fiscal Transparency reported in its operational assessment, which did not include private prisons.

“Every week I look at it, it says Davis (locked down) — not enough staff,” said Cleveland, executive director of Oklahoma Corrections Professionals. “They're (locked down) constantly because they don't have enough staff."

“On weekdays they might be able to get out if a unit manager, counselor, or case manager comes in,” said Sasnett, who added that he often guarded 120 prisoners by himself and up to 240 on occasion.

Neither CoreCivic nor state correction officials offered explanations for the increase in stabbings at Davis. The corrections department conducts regular audits of CoreCivic and is awaiting the results of an investigation into Hershberger’s death before taking action, a DOC spokesman wrote in a statement emailed to Oklahoma Watch.

Sasnett said superiors twice ignored his warnings that inmates were making weapons. The first time, he noticed windows covered and a strange noise coming from inside a cell.

"This is an inmate that is known for — on more than one occasion — making, having, and supplying weapons,” he said.

Sasnett, 37, of Lexington, said he resigned in the middle of a shift last fall after making a similar report.

"We've never ever had this many stabbings before, and with different types of shanks. We've been told there's been plastic shanks and metal shanks, serrated and smooth," said Christopher Miller, who supervises Hughes County emergency medical services. "One was almost 12- inches long. How are you walking around with a 12-inch shank and not getting caught? Unless you just don't have enough staff to be looking for that? How do you break something that much and nobody notices?"

Kendra Kregel, a 49-year-old paralegal from Tulsa, said her fiance is a prisoner at Davis, having been transferred there three months ago. He has faced violence ever since, she said, moving cells three times for safety reasons and having a knife pulled on him at least once.

"I fear for his safety every single day. It's a big stress in my life … the stabbings at Davis are very concerning," Kregel said. "They need to get staffing up to par because they're severely understaffed."

POLL: Are you ready for fall to officially begin this week?

Despite summer and the heat hanging on, the first day of fall arrives Thursday, Sept. 22. Fall has already hit many of the store shelves with pumpkin spice and autumn décor. As hints of the harvest season show up and fall break and Halloween slowly make their way to center stage, The Banner staff want to know if you are ready for fall to begin. Please click the link below to take our poll.