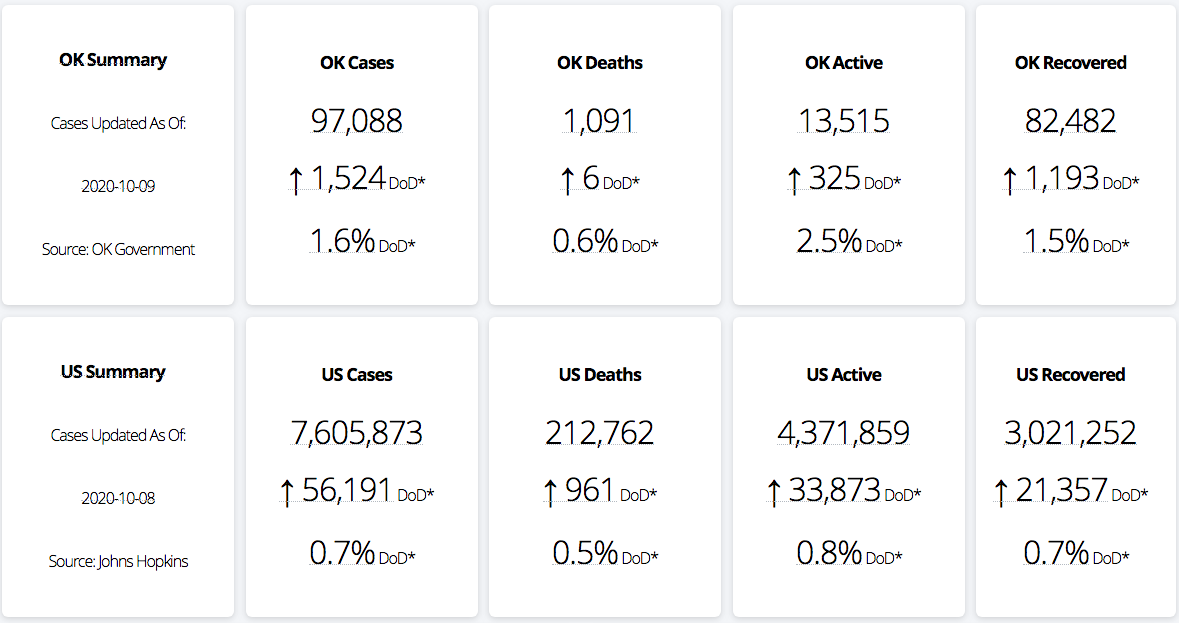 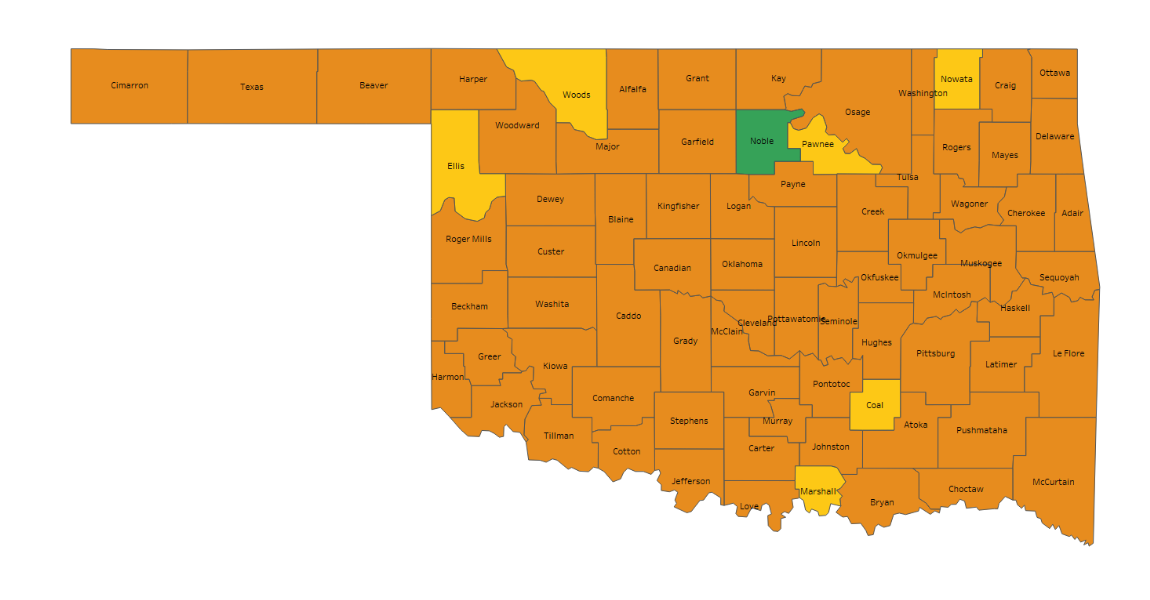 The county has had 511 confirmed positive COVID-19 cases, of which five have died and 422 have recovered, leaving 84 active cases in the county.

Due to improvements in testing availability and reporting of lab results, OSDH is now calculating the alert system by the date that the result was reported, rather than date of symptom onset, as previously done.

Duncan has had 331 cases, of which three have died and 278 have recovered, leaving 50 active cases in the city.

Comanche has had 79 cases, of which one has died and 66 have recovered, leaving 12 active cases in the city.

Marlow has had 88 cases and 69 recoveries, leaving 19 active cases in the city.

Velma has had 13 cases, of which one has died and 10 have recovered, leaving two active cases in the town.

The remaining active case is in the “other” category for Stephens County, which includes more rural towns, according to the Health Department.

There are six additional deaths identified to report. One death was identified in the past 24 hours. Those deaths and their counties include:

• One in Grady County, one male in the 65 or older age group.

• One in Muskogee County, one male in the 65 or older age group.

• One in Tulsa County, one male in the 65 or older age group.