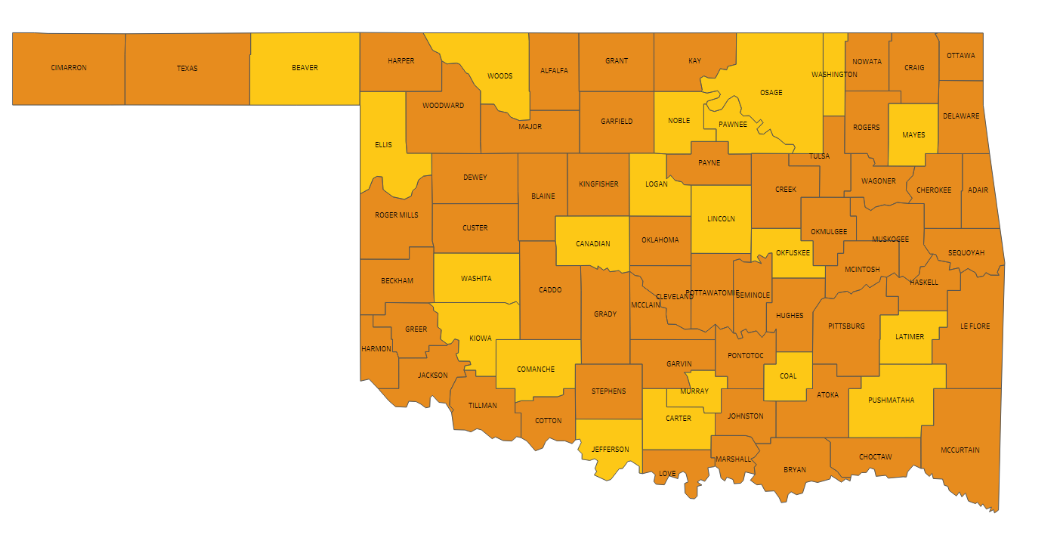 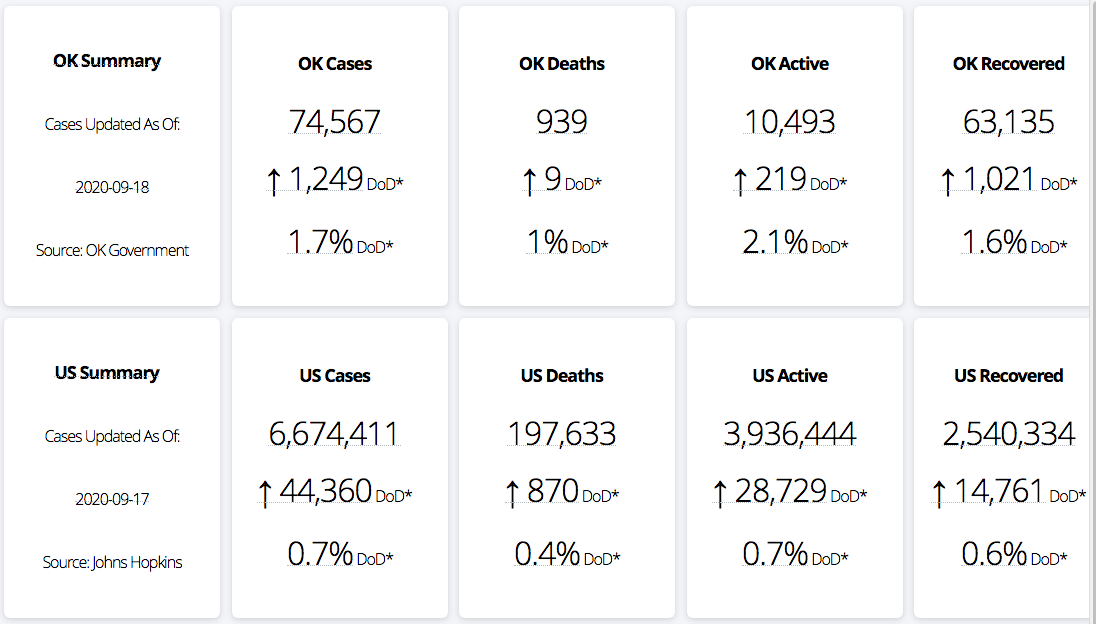 According to statistics released Friday from the Oklahoma State Department of Health, 11 additional counties joined the “orange risk phase” this week including Stephens. Additionally, Stephens County decreased by four active cases, according to Friday’s data set.

The county has had 361 confirmed positive COVID-19 cases, of which five have died and 261 have recovered, leaving 95 active cases in the county.

Duncan has had 242 cases, of which three have died and 174 have recovered, leaving 65 active cases in the city.

Comanche has had 61 cases, of which one has died and 40 have recovered, leaving 20 active cases in the city.

Marlow has had 50 cases and 41 recoveries, leaving nine active cases in the city.

Velma has had nine cases, of which one has died and six have recovered, leaving two active cases in the town.

The remaining two active cases are in the “other” category for Stephens County, which includes more rural towns, according to the Health Department.

As of this advisory, there are nine additional deaths identified to report in Oklahoma. No deaths were identified in the past 24 hours.

There are 939 total deaths in the state.

ADA [ndash] Jennifer Nichole Hood, 32, of Ada, Oklahoma passed away Monday, October 19th, 2020 in Ada. Graveside services will be at 10 a.m., Saturday, October 24th, 2020 at Rosedale Cemetery in Ada, Oklahoma. Please follow us on Facebook at Estes~Phillips Funeral Home for up to date service…

ROFF [ndash] Services for Jennifer Brenda Kirk, 49, of Roff are 10 a.m. Saturday at the Oak Grove Church, north of Sulphur, Rev. Fred Bailey will officiate. Burial will be 2 p.m. at Fairview Cemetery at Apache, OK. Mrs. Kirk passed away Monday, October 19, 2020, near Wynnewood. She was born …