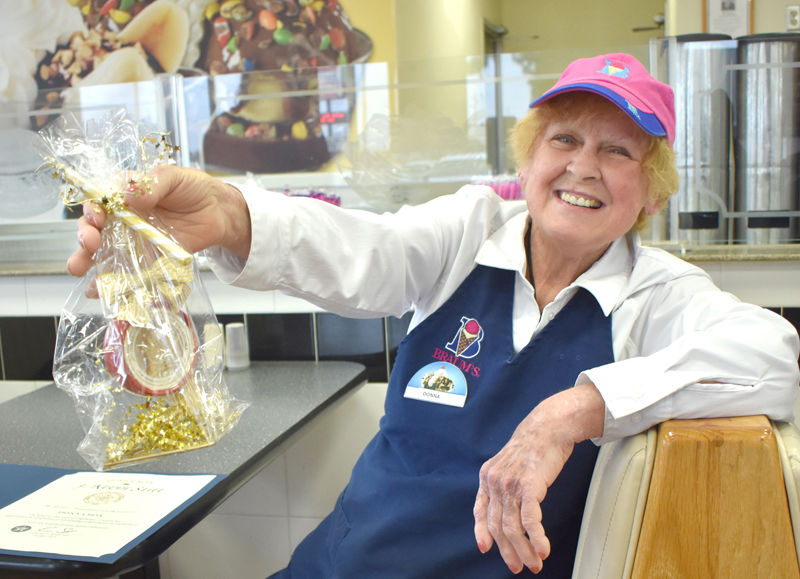 Donna Box shows off her Governor’s Disability Employment Award ornament she was given by Gov. Kevin Stitt for her three years at Braum’s. 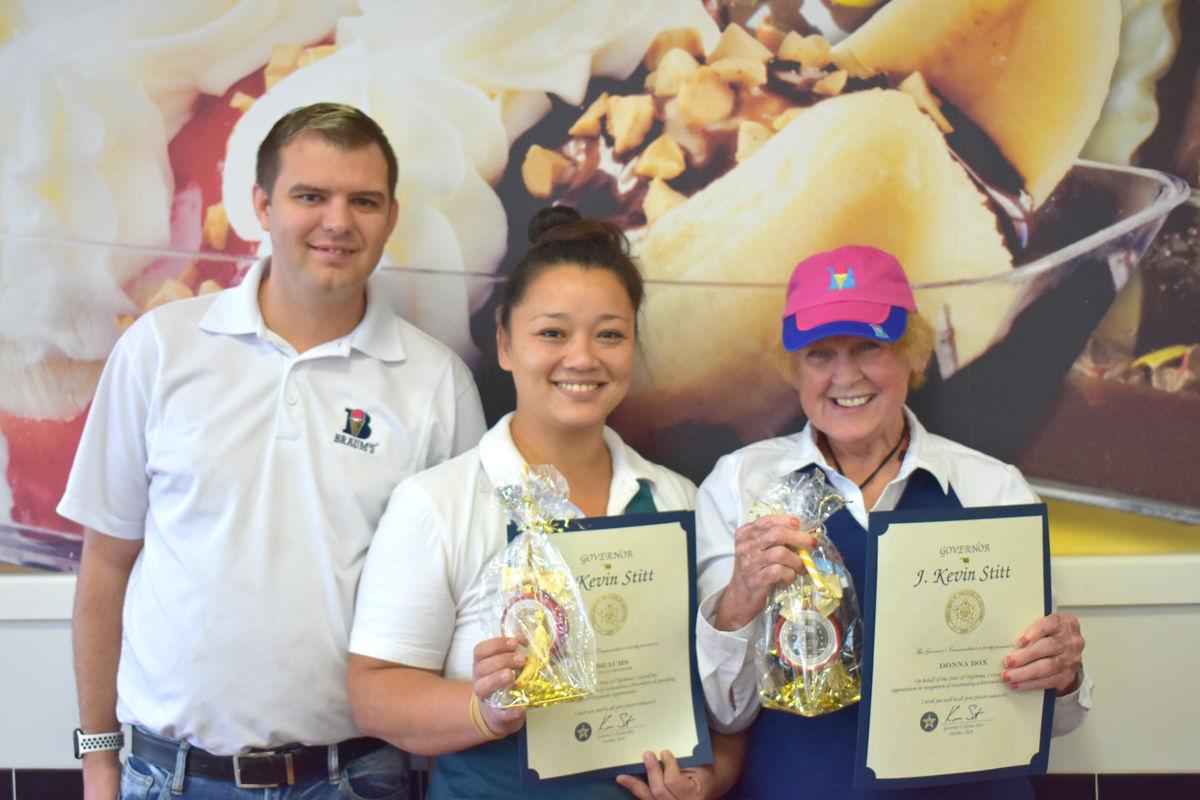 Donna Box shows off her Governor’s Disability Employment Award ornament she was given by Gov. Kevin Stitt for her three years at Braum’s.

After being nominated by Think Ability Inc. for the Governor’s Disability Employment Awards of Excellence, Duncan Braum’s Store got the cherry on top with two awards — the Employee Award and Business Award.

Robin Arter, Executive Director of Think Ability Inc, was the one who nominated Braum’s for their help with employee Donna Box.

“I nominated them because they’ve done so well with working with Donna to make her successful in this job match,” she said. “They’ve allowed her job coach to come in and help. Donna was having trouble remembering to not use the same gloves she used in the bathroom in the lobby — so we made some accommodations and they gave her different colored gloves so it’s easy for which ones are lobby gloves and which are bathroom.”

“We just worked with her and called the people that we needed to to make sure everything was being done correctly,” she said. “We’ve all worked well together to make her successful — she’s awesome, we love her and she’s good for us.”

Box was a resident of the Southern Oklahoma Resource Center before she was discharged in 1982 and then transitioned into “sheltered employment.”

In October of 2016 Box was hired by Braum’s making this her third year.

“It’s been really successful — they work really well with her,” Arter said. “They really look after her and we are real proud of the placement.”

Joshua Frentz, District Manager for Braum’s, said as a whole the company likes to hire those with developmental disabilities when possible.

“It’s just really helping them, they have to have jobs just like everybody else,” he said. “It’s helps our store, keeping our bathrooms clean. And they often work really well with the customers. They have really good customer service and the customers love them.”

Box can retire if she wanted to but wasn’t very interested in leaving.

ADA [ndash] Graveside services for Emily Ann Bess-Dixon, 37, of Ada are at 10 a.m. Tuesday at Lightning Ridge Cemetery. Chad Large will officiate. Mrs. Bess-Dixon died Wednesday, March 25, 2020, at a local hospital. She was born Oct. 24, 1982, to Larry Bess and Karen Hallmark. She graduated …

LULA [ndash] Graveside services for Leona Young, 93, of Lula are at 1 p.m. Saturday at the Centrahoma Cemetery. The Rev. Buddy Drake will officate. The family will receive friends from 6-8 p.m. today at Criswell Funeral Home. Mrs. Young passed away Wednesday, March 25, 2020, at a Coalgate nu…