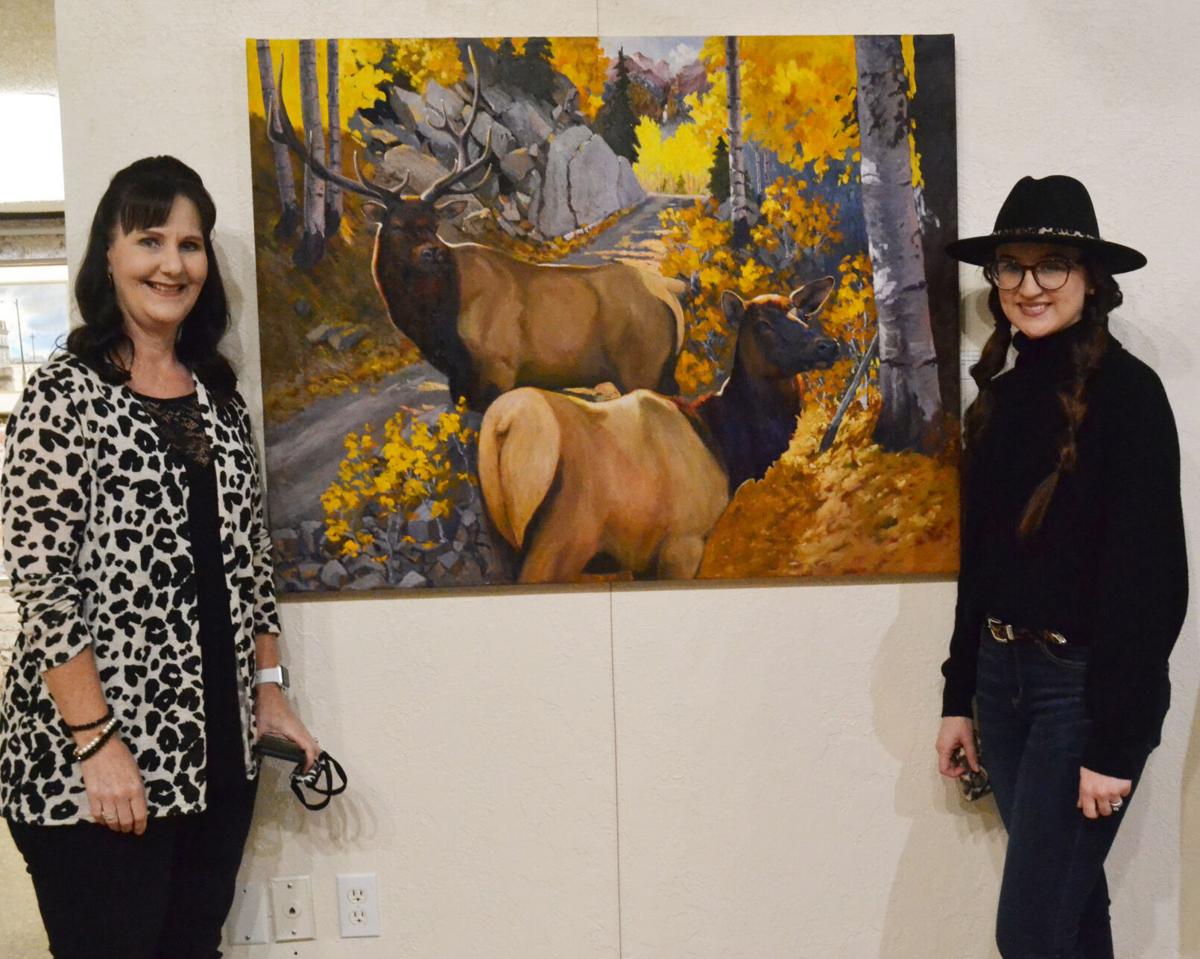 Gina Barrett, daughter, and Savanah McClure, grand-daughter of artist Hollis Howard, were in attendance at the Chisholm Trail Arts Council’s art reception for Howard’s work, along with several community members viewing his gallery. 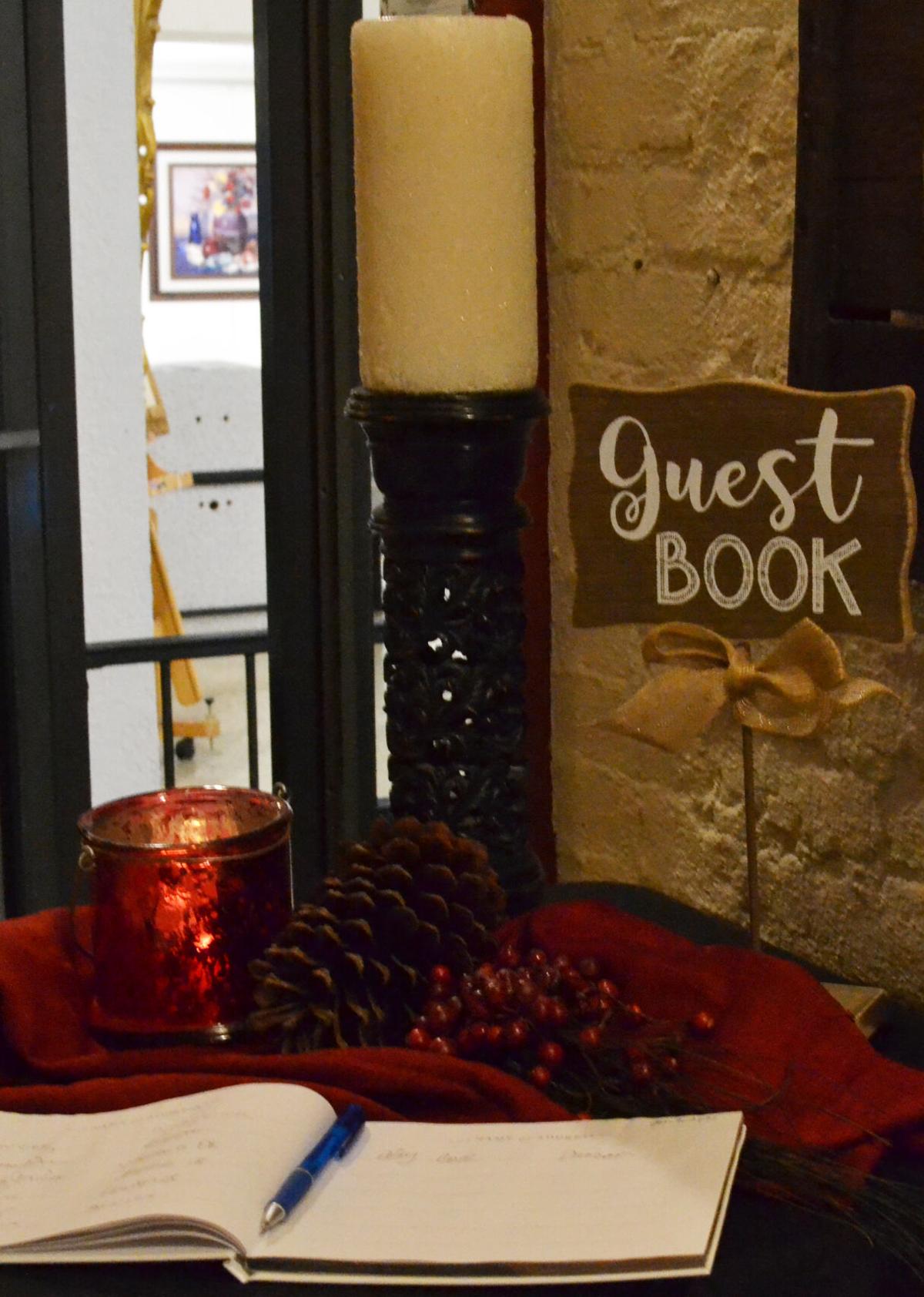 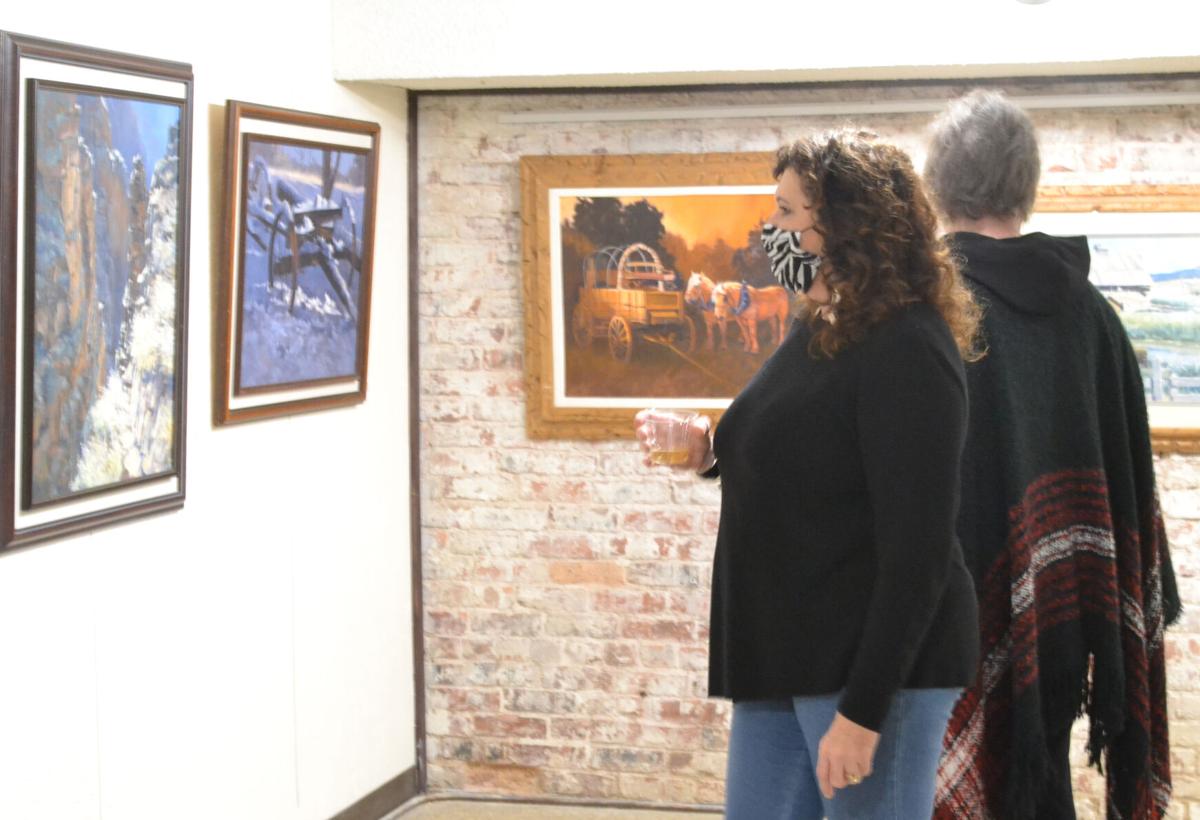 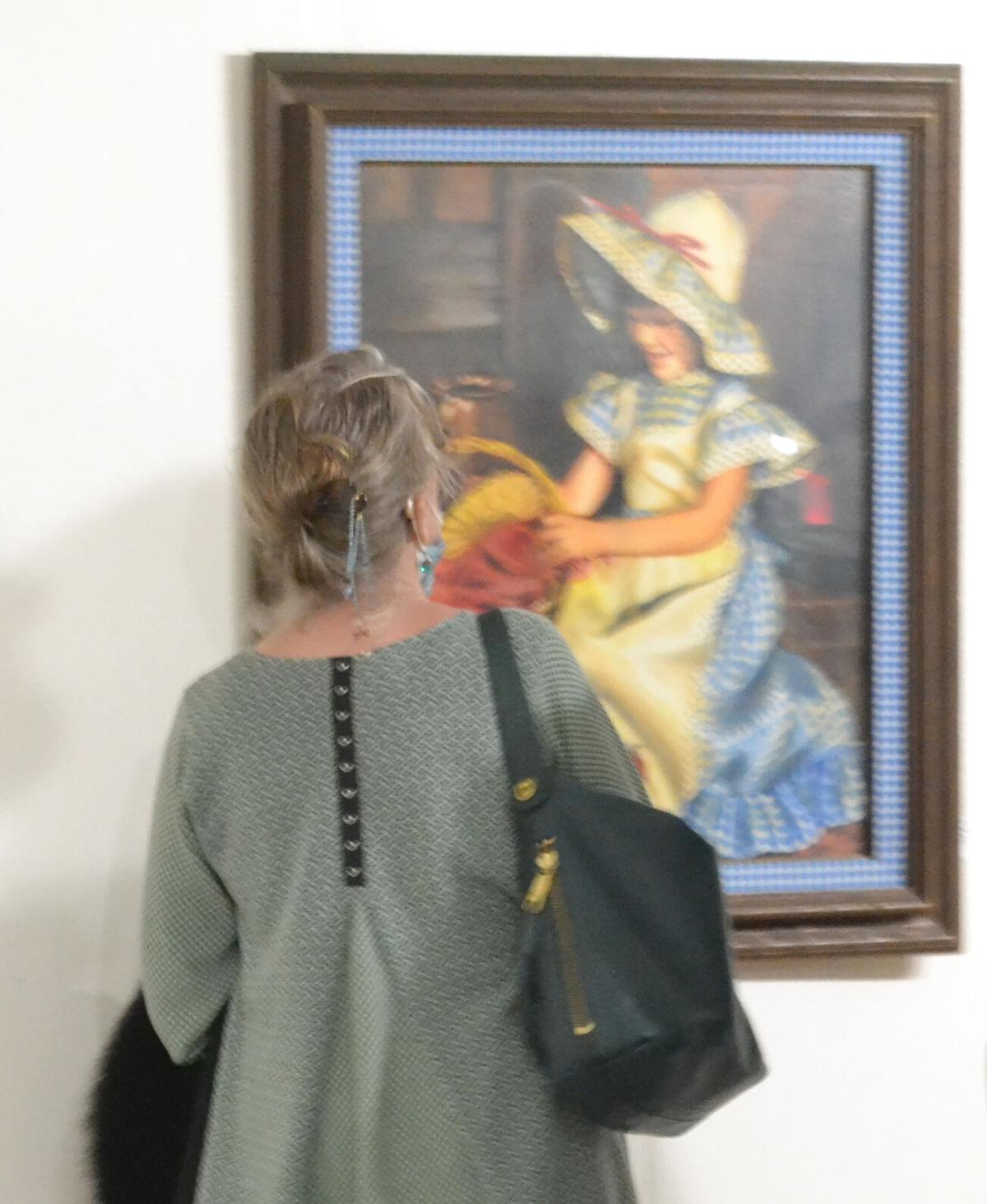 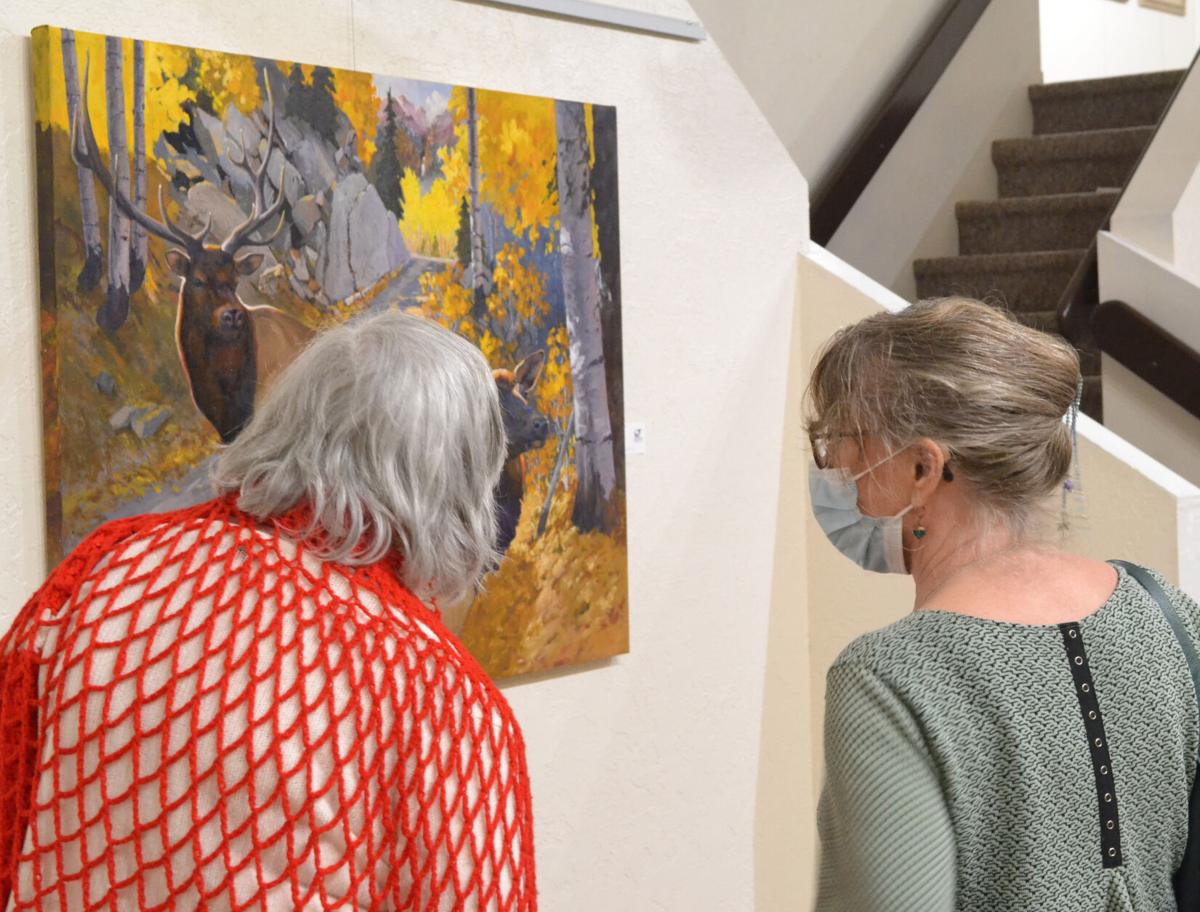 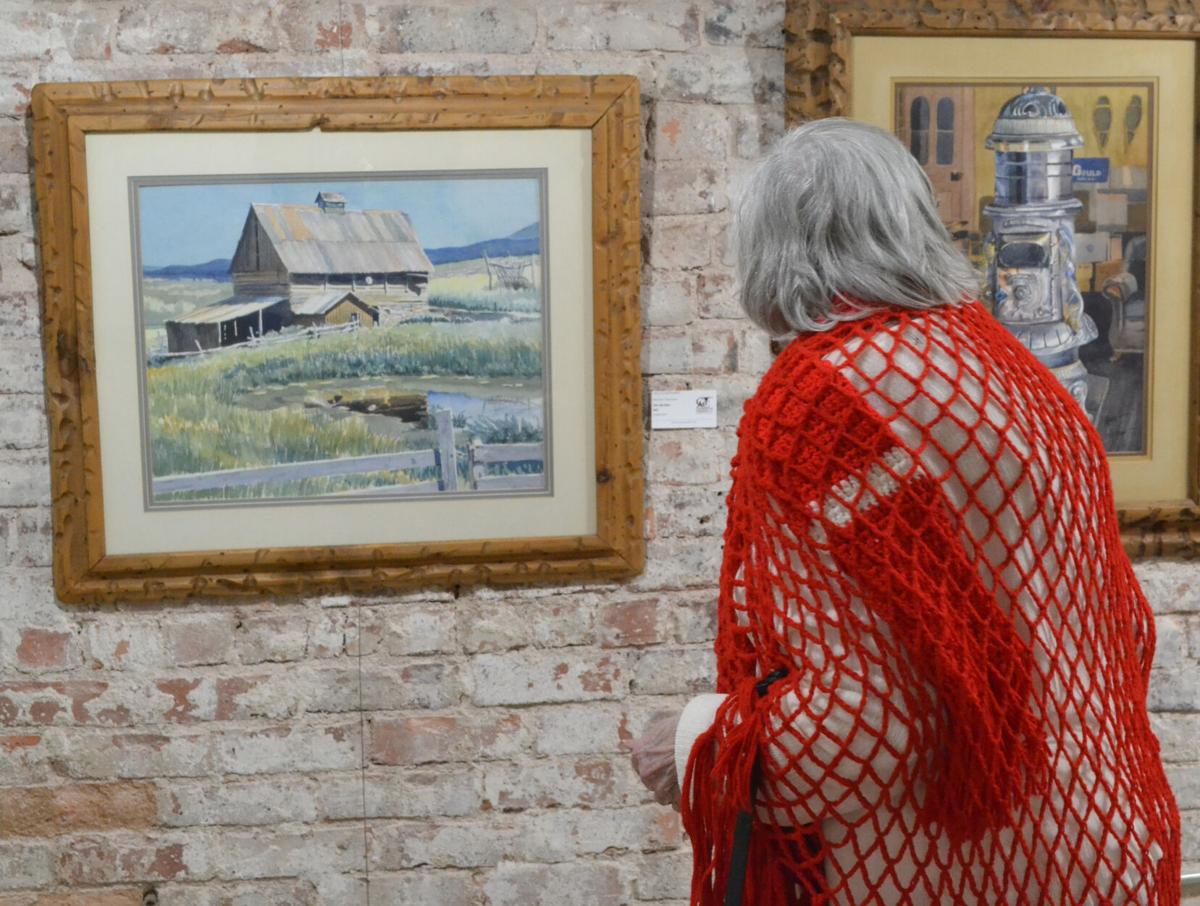 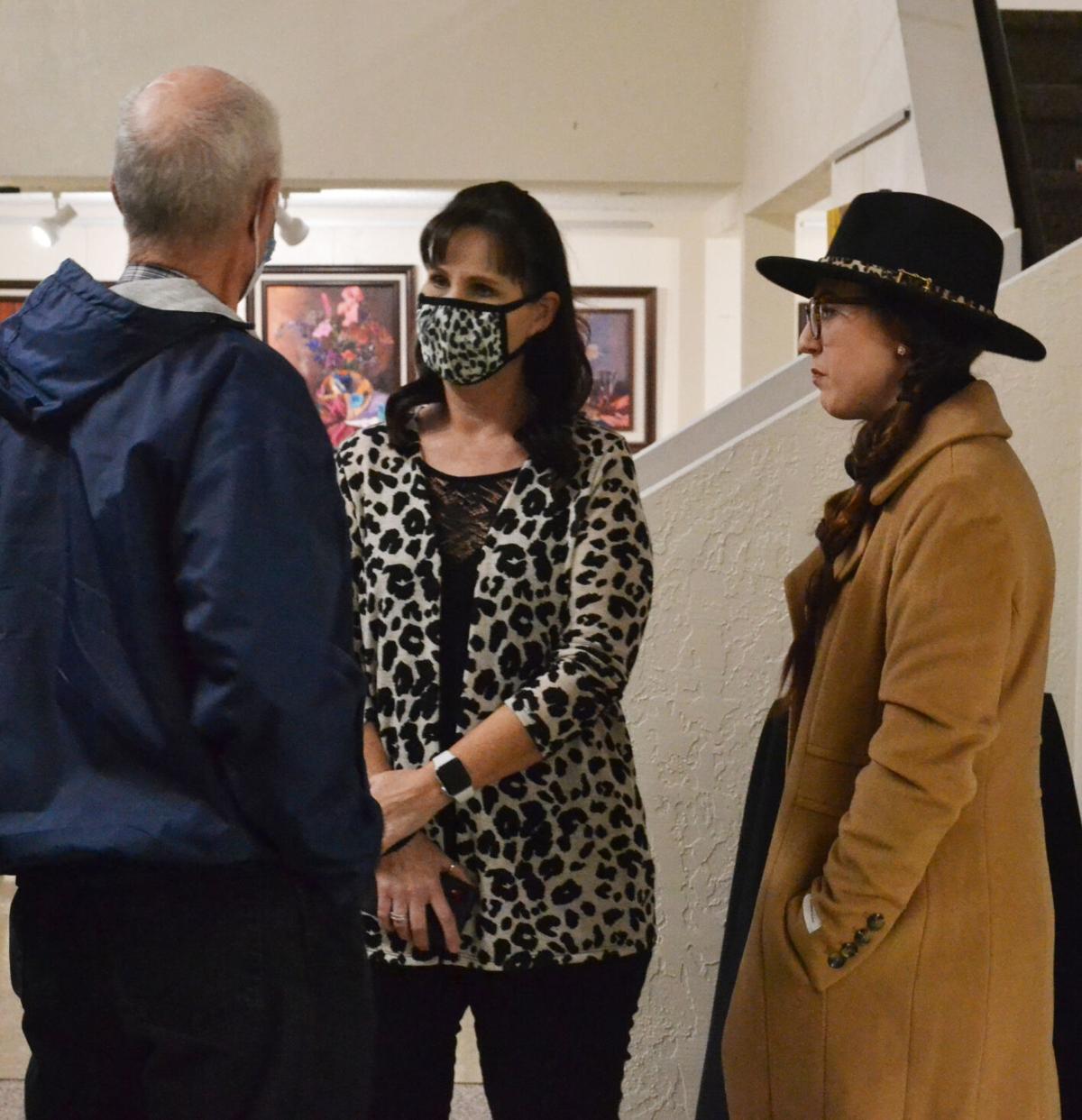 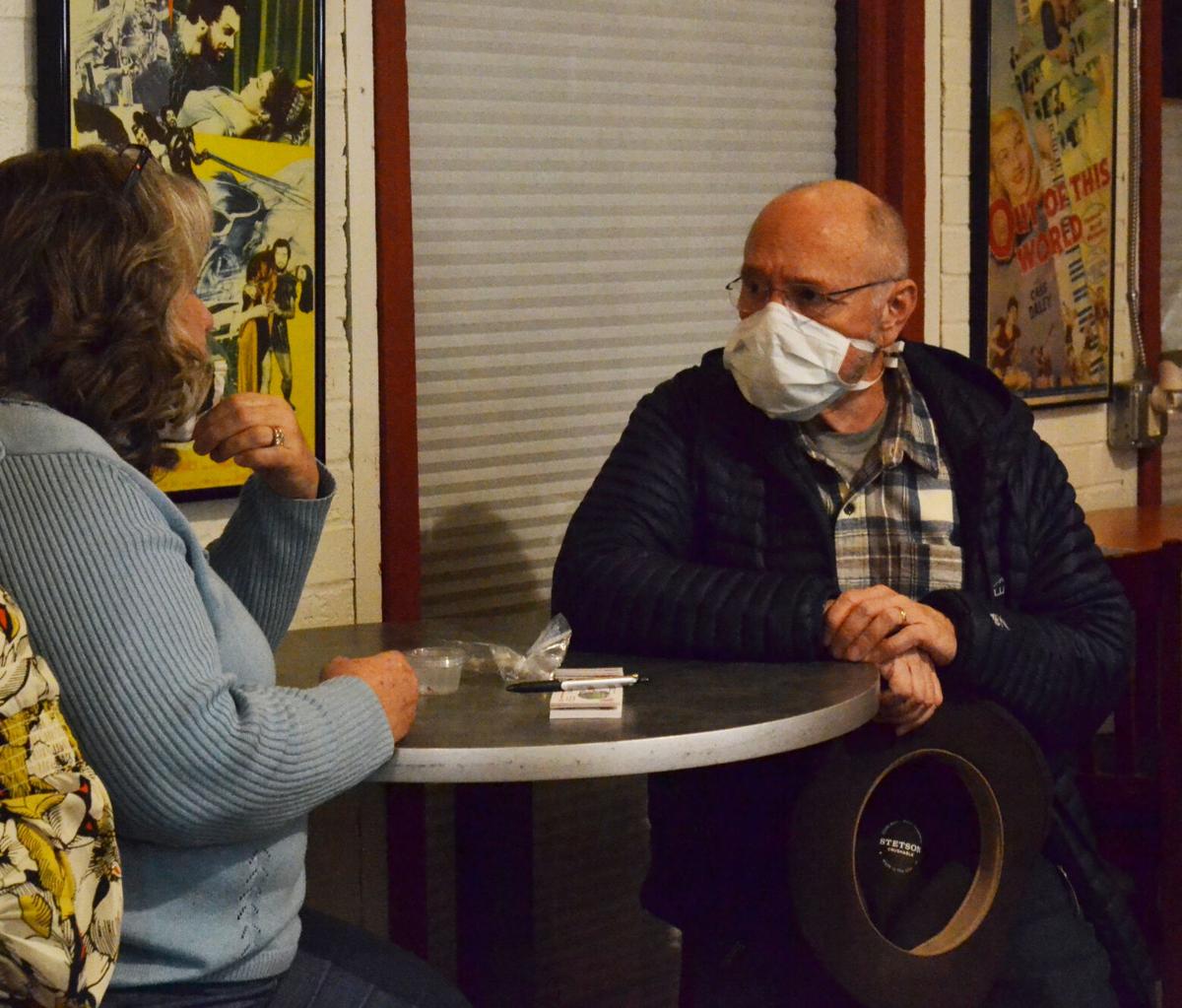 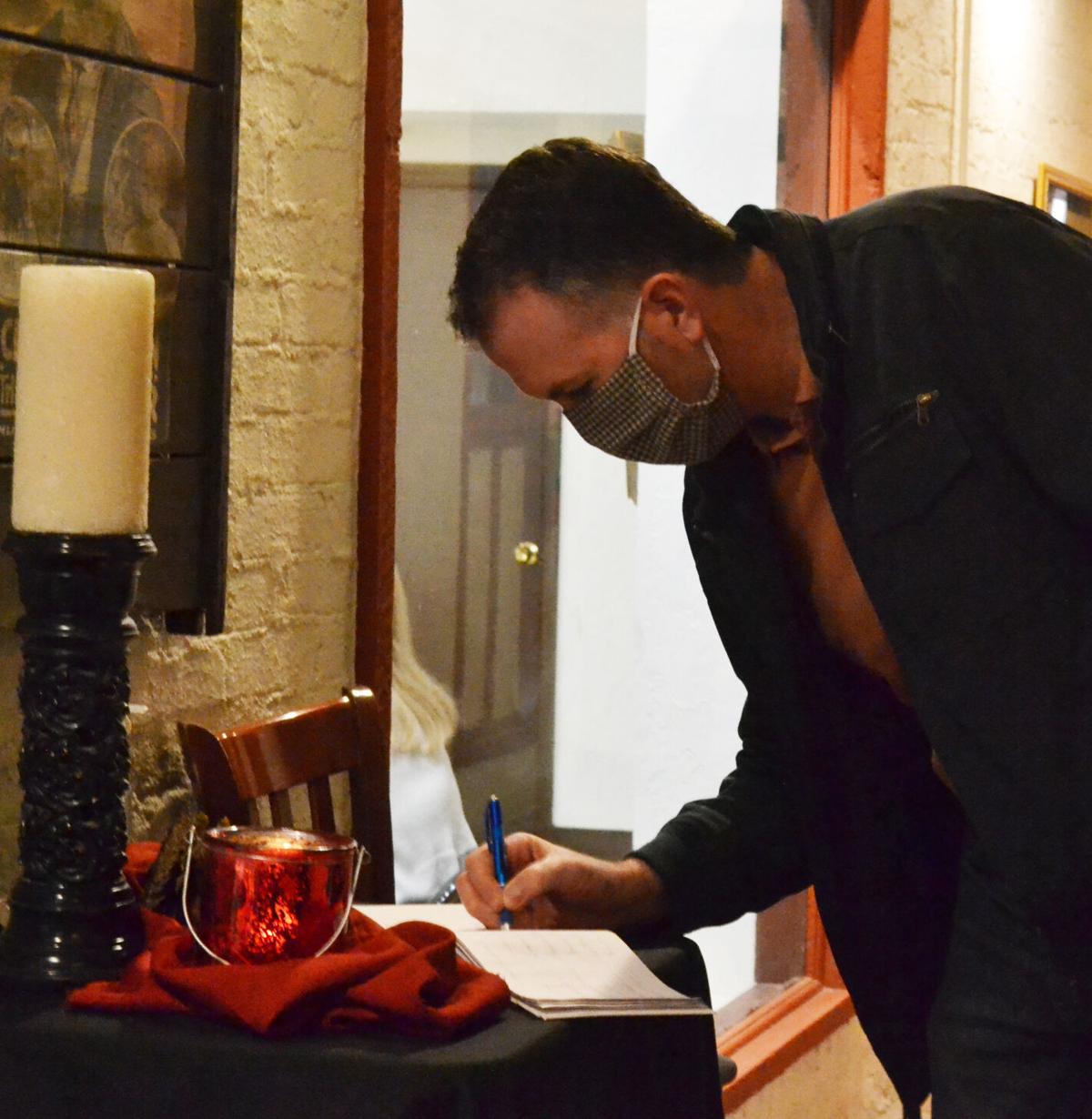 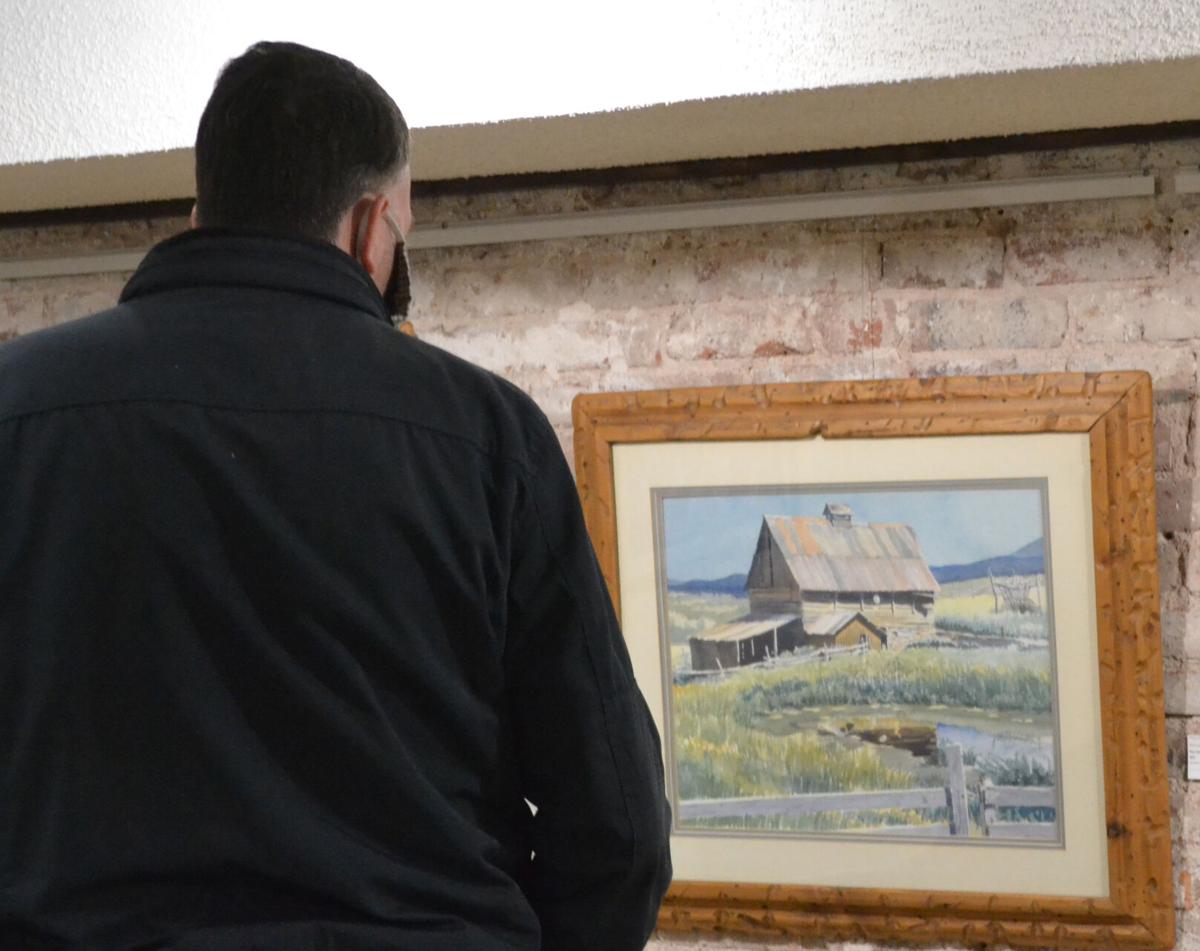 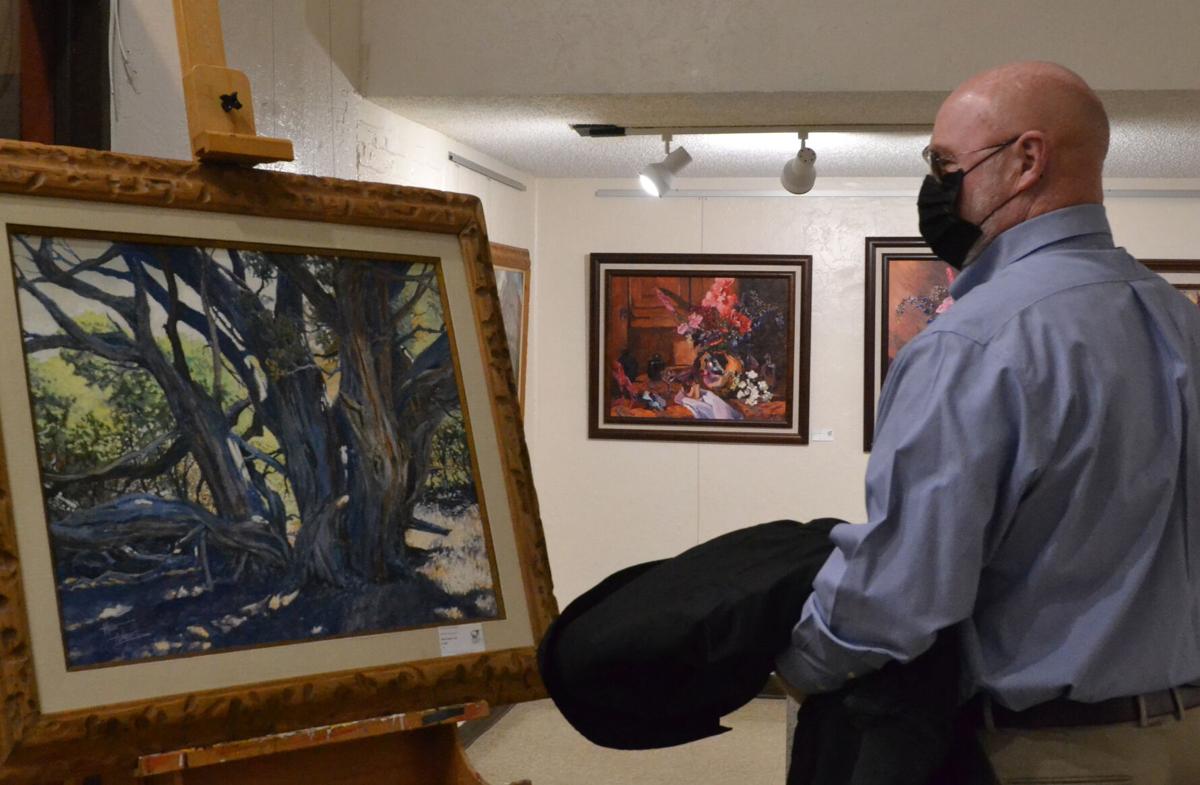 Gina Barrett, daughter, and Savanah McClure, grand-daughter of artist Hollis Howard, were in attendance at the Chisholm Trail Arts Council’s art reception for Howard’s work, along with several community members viewing his gallery.

A local gallery filled with a variety of watercolors and landscapes opened to the public on Friday night.

According to Barrett, Howard also worked for Casady in Oklahoma City where he taught art.

After Casady, Howard was hired on at USAO (University of Science and Arts) in Chickasha. Howard graduated from USAO previously and took a previous professor’s place.

Barrett said he stayed there for a while as one of the three art professors there.

According to Barrett, Howard has been painting for over 50 years.

“Then he probably taught art in the college at USAO for 30 years, before he retired,” Barrett said. “He loves it and he loved teaching, too.”

Howard would take on independent study with students during the summers, when they would travel and see mountains and other sights.

“He would take kids in the summertime, they would go on independent study and he’d take them to Colorado for two weeks and they would do workshops and he’d critique their paintings at night,” Barrett said. “He did that for years too, something he’s always loved to do and he’s good at it.”

According to Barrett, one thing Howard’s known for is his family ties, going to the kids’ ballgames and activities.

“Anytime we went on vacation, he’d take a sketch pad and go out early in the mornings before we’d get up and be sketching on the sketchpad,” Barrett said.

Barrett said he continued to sketch even with the grandkids were little.

“It’s something he enjoys,” Barrett said.

Howard’s most recent completion is his painting of elk.

Now, from Sterling, Oklahoma, Howard still keeps the paintbrush out and continues to pursue new work.

Howard goes to other art shows and still keeps in touch with his students and they visit and talk with him. He also conducts a few art lessons for a couple of his friends’ grandkids, according to Barrett.

“The way he loves is family, he’s always given us a really good work ethic,” Barrett said. “Everybody who knows him will say he’s the nicest person they’ve ever met — very positive, upbeat.”

Barrett said he’s the best person she knows, from his work ethic to his “amazing talent.”

“As much as he’s an artist, he’s always taken us to church and been a Sunday school teacher and a deacon in the church and all that too,” Barrett said. “He’s very upstanding in our community too.”

The gallery will remain open through Feb. 25.

CTAC is open Monday through Friday from 9:30 a.m. to 4 p.m. The CTAC Gallery is located at 810 W Walnut Avenue in Duncan.