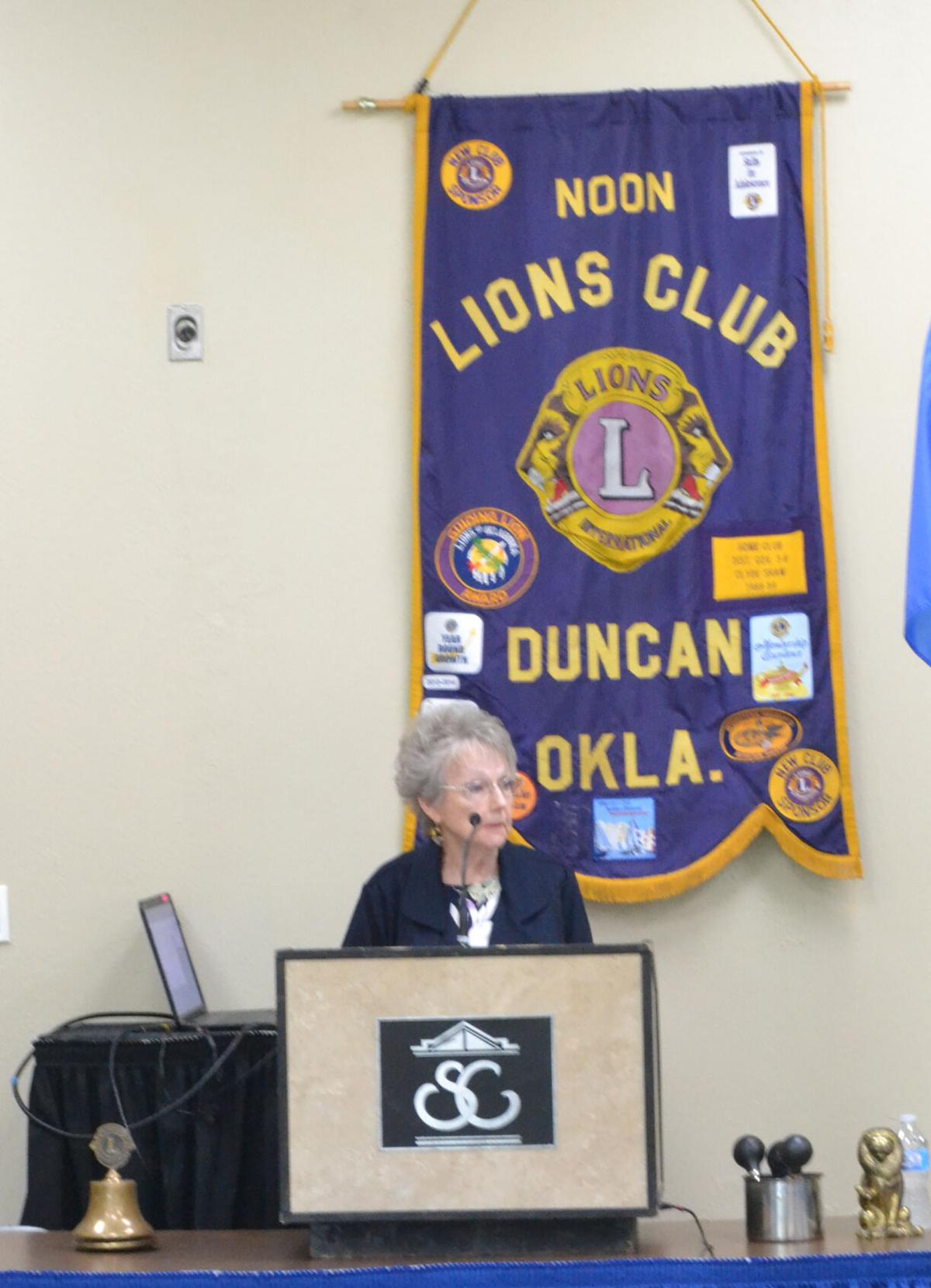 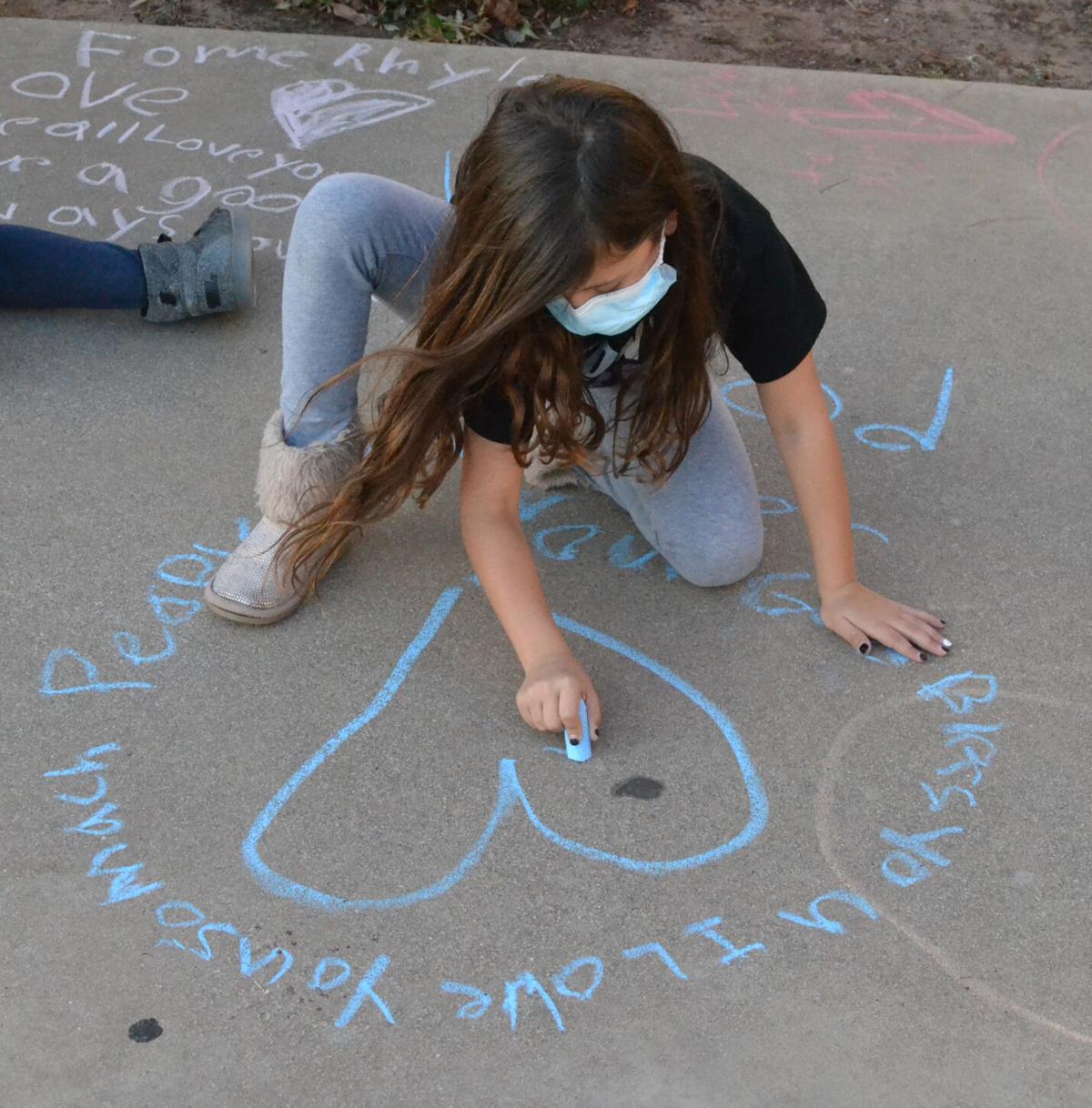 Gabriel’s House, an after school program, features many activities for kids, including showing kindness to the Duncan Regional Hospital staff by drawing pictures on the sidewalk last year.

Gabriel’s House, an after school program, features many activities for kids, including showing kindness to the Duncan Regional Hospital staff by drawing pictures on the sidewalk last year.

“What we do is we’re looking for children who were being raised by a single parent, grandparents, other family member, parents who were incarcerated, non-English speaking parents,” Talley said.

Kids become a part of the system in a variety of ways. “We started in little houses, close to each one of the grade schools back in 1998,” Talley said. “A church would buy the house, they would insure it, maintain it and provide the utilities for us.” According to Talley, the little houses would only hold about 12 kids. “There’s so many more kids out there that need our help and we can’t do it,” Talley said. “Actually, it was Sherry Labyer who was superintendent of Duncan Public Schools, she offered to let us move our program into the elementary buildings at her school.”

They needed more available space to put the fun back into their program according to Talley.

“Eventually we were reduced down to having our program in the cafeteria’s,” Talley said. “The kids felt like they were in detention or something, it was something that wasn’t fun anymore.”

In order to bring back the original feeling to their program, fun and excitement, the group changed course once again.

Then, Gabriel’s House was invited to the old junior high building. “Which is now the Ninth Street Center,” Talley said.

The first year they were there, they had 100 kids and they were already outgrowing the space once again.

“We’ve always done a lot of physical activities with our kids,” Talley said. “When we moved into that building, we didn’t know that the Hoover family was going to remodel that gym.”

Talley then shared a little about her dream that she shared back in 2018. “At our fundraiser in 2018, I got up and I shared a dream that we’d have a place to call home,” Talley said. “That we’d have our own building and our own resources and have everything so we’re not always hidden in somebody else’s facility.”

What happened later that night got the ball rolling; Gabriel’s House received their first funds for the project.

“Before that night was over, one of the people attending the fundraiser gave me $100,000,” Talley said. “He said, ‘I want you to take this money for seed money to start this project.’”

Gabriel’s House quickly created a foundation board to support them and help get things started.

“Just about the time we were getting things off the ground — COVID hit,” Talley said. “So, as you know everything just stopped.”

Talley said they weren’t able to have Gabriel’s House for several months. They are having kids come back in, but their numbers have been down according to Talley.

“We’re back on track now,” Talley said. “We’re getting ready to do this fundraising drive.”

According to Talley, one of the goals of Gabriel’s House is to minister to and try to enrich the lives of kids.

“We also understand and know most of these kids are living in generational situations and we would love to do some parenting classes too,” Talley said.

The new facility would allow Gabriel’s House to have classes.

As a Christian program, they don’t receive government funding. “We teach godly character aspects to our kids everyday,” Talley said. “We pray, we even have JAM, Jesus and me, which is contemporary worship and different churches come in and provide that.”

They had 14 churches that come together at the annual school party.

“That was part of the original plan for Gabriel’s House,” Talley said. “Also, to unify the churches in Duncan.”

Gabriel’s House receives all of their food from the Regional Food Bank of Oklahoma. “Each day when our kids get off the bus — the school busses the kids to us — we take them a snack,” Talley said. “Then they have their homework time and then we have all kinds of activities.” Before they leave everyday they receive a full meal.

Talley said in 2019 they purchased land on Elk for Gabriel’s House. “It’s due north of the water tanks in Duncan,” Talley said. “It was a little over five acres.” This is where they hope to build the new facility. According to Talley, they will have playgrounds and storm shelters as well as many things an elementary school would have.

“I want it to look like a real big house,” Talley said.

Talley said they look forward to raising the money and having a permanent home for Gabriel’s House.

On June 24, Gabriel’s House will kick-off their next fundraiser campaign to help raise funds for the project.

For more information about Gabriel’s House and to donate visit https://www.gabrielshouseacademy.org/.