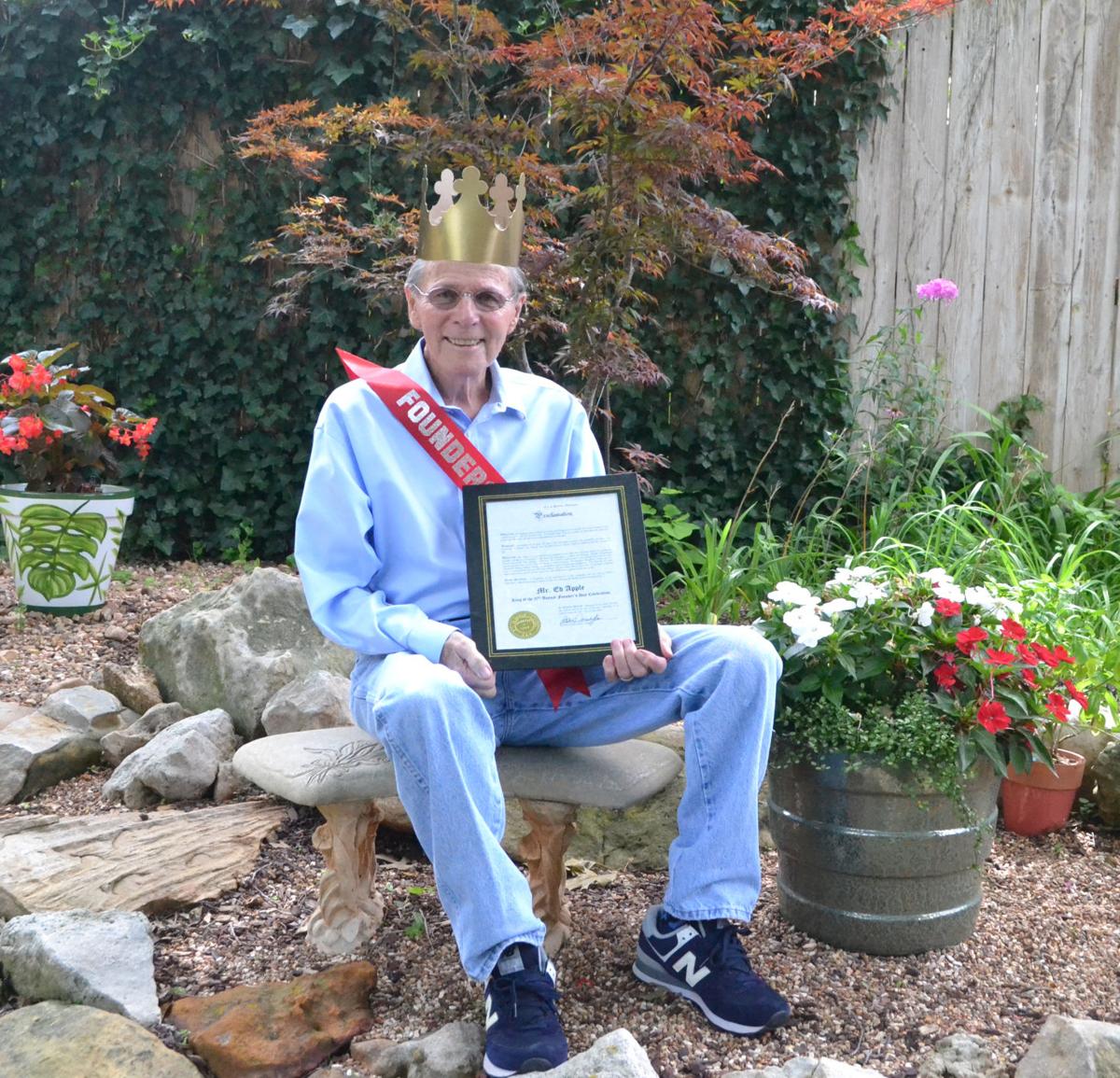 Ed Apple won the nomination as the 2020 Founder’s Day King. 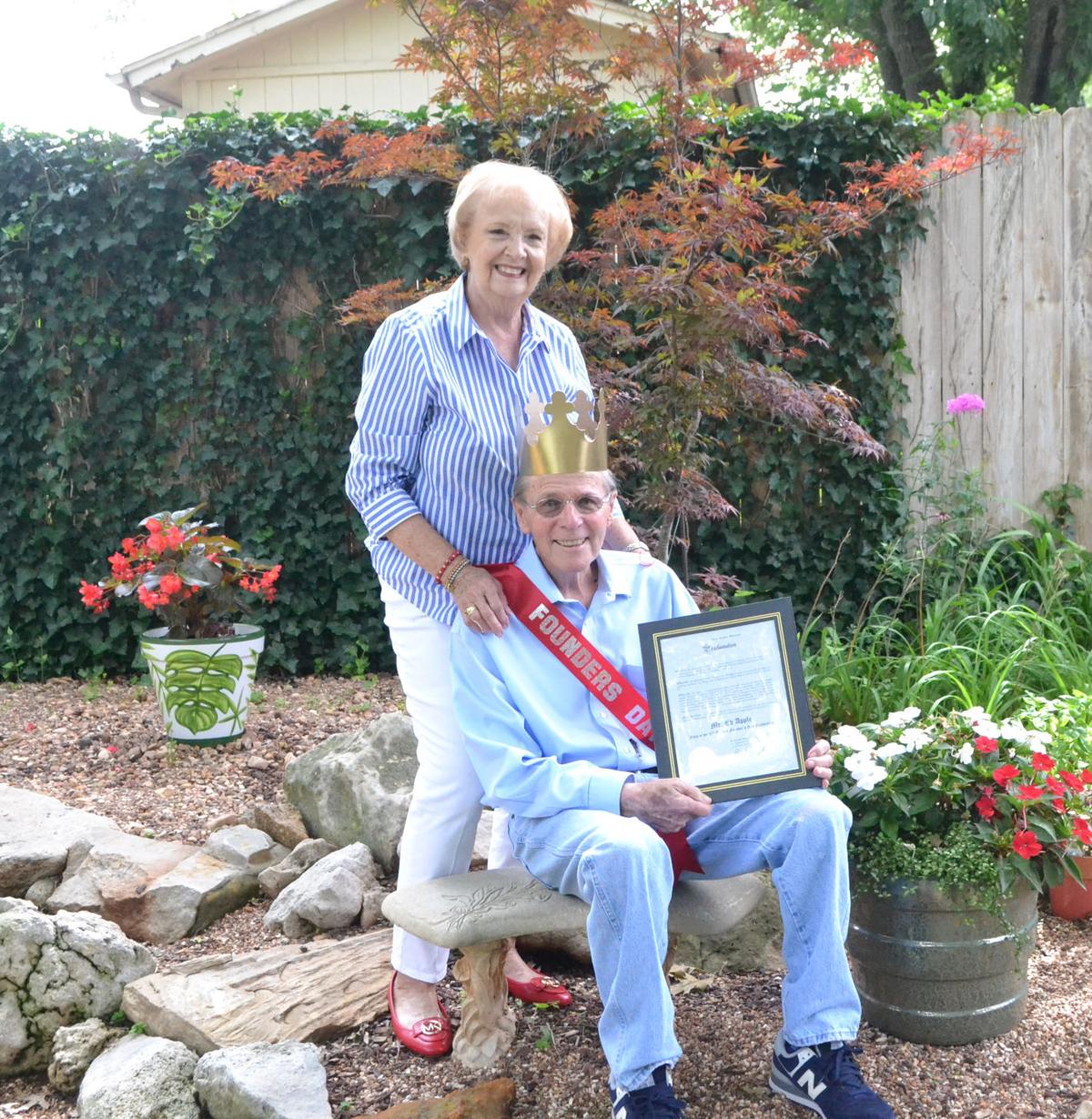 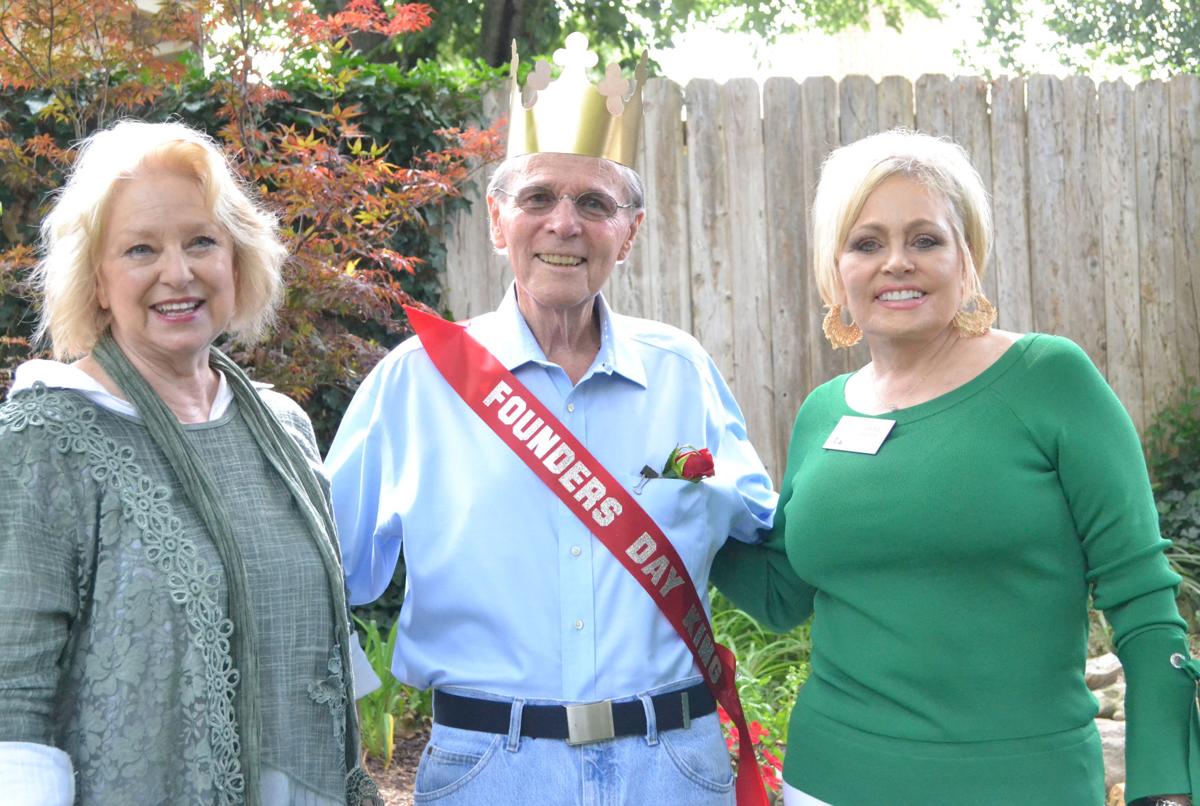 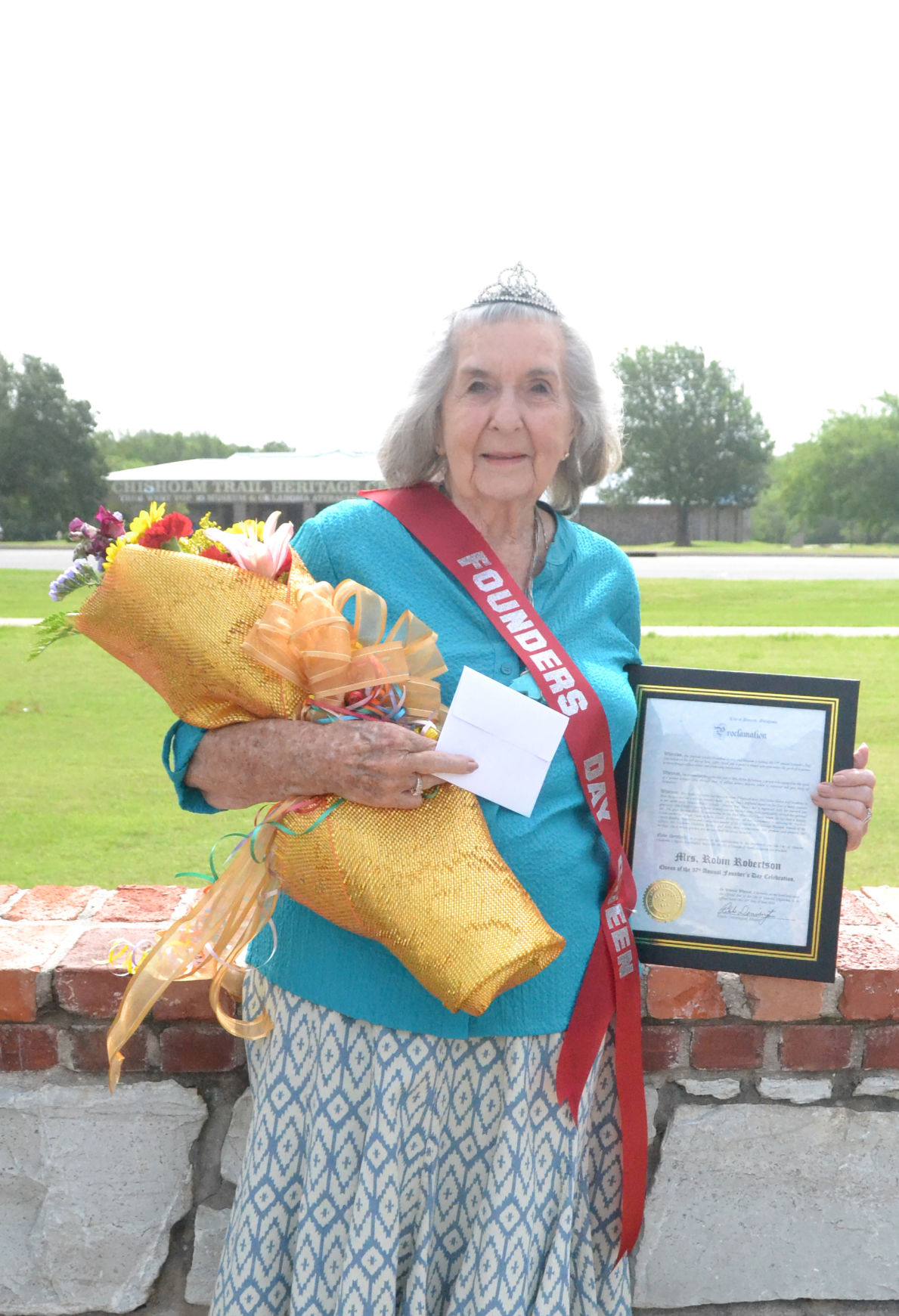 Robin Robertson won the nomination as the 2020 Founder’s Day Queen. 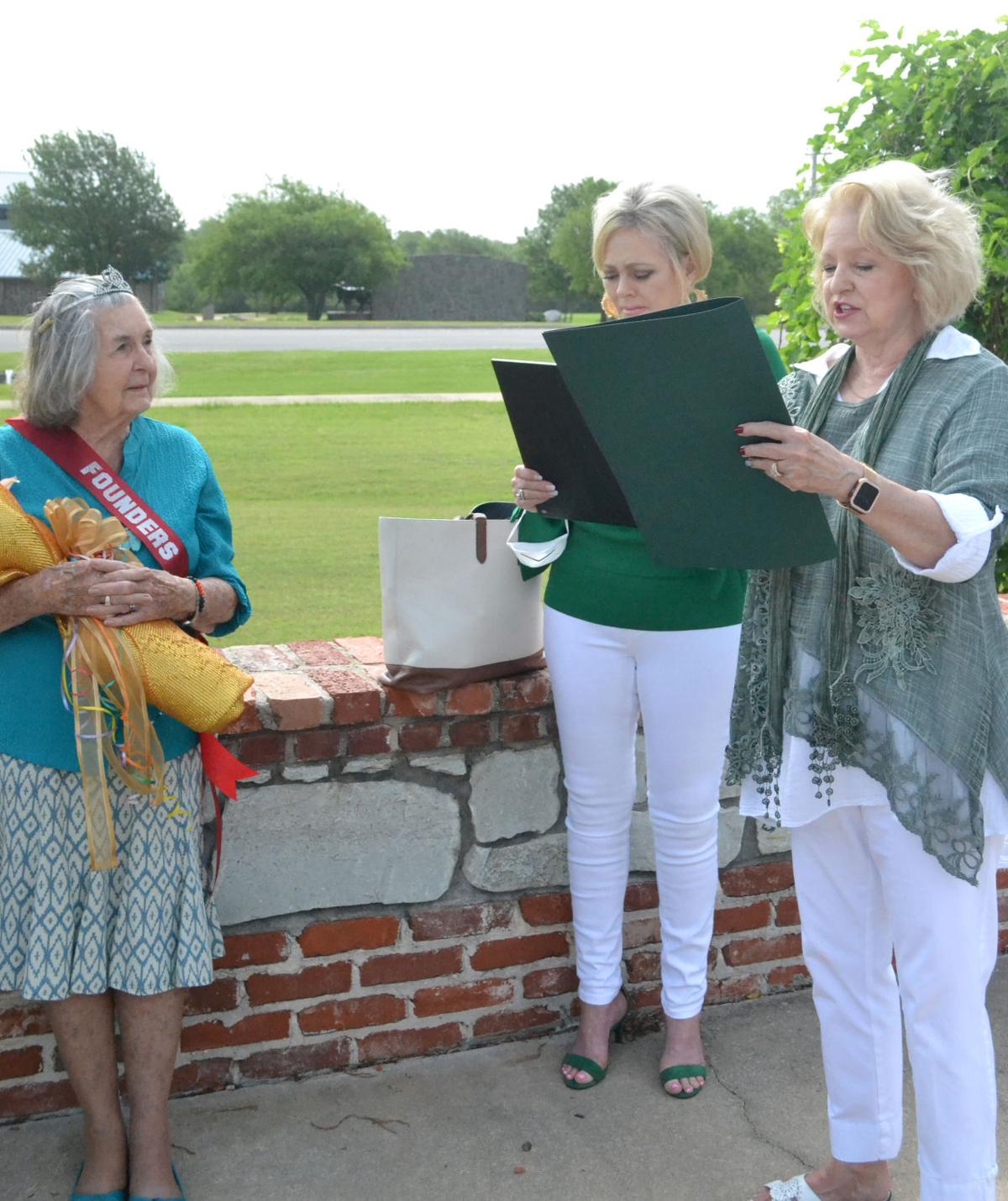 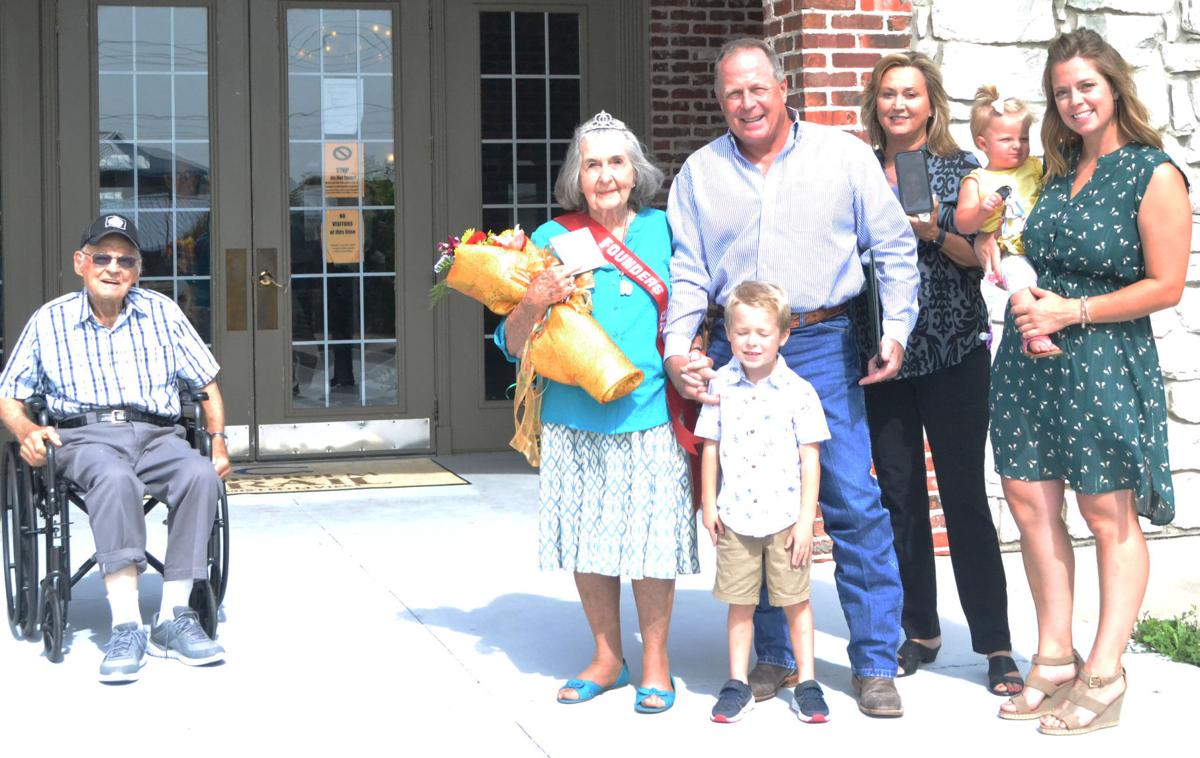 Robin Robertson gathered with her family as she celebrated the honor of becoming the 2020 Founder's Day Queen.

Ed Apple won the nomination as the 2020 Founder’s Day King.

Robin Robertson won the nomination as the 2020 Founder’s Day Queen.

Robin Robertson gathered with her family as she celebrated the honor of becoming the 2020 Founder's Day Queen.

Ed Apple and Robin Robertson accepted their crown at separate locations due to social distancing protocols in the wake of COVID-19. Vicki Zimmerman, President of the Stephens County Museum and Historical Society, crowned Apple and Robertson 2020 Founder’s Day King and Queen on Saturday, June 27.

Honorees received flowers and a $100 gift certificate for lunch with their family. Routinely, a luncheon is hosted for award winners, inviting the newest inductee and the previous queens still living to attend, but with COVID-19, Zimmerman said they wanted to honor the traditional lunch in a safer fashion

Robertson received her nominations from Daisy Lawler and her granddaughter, Cace.

According to her granddaughter Cace, who read her nomination, Robin spent her childhood in Temple and on one of the farms on Beaver Creek. Robertson would later graduate with a B.S. in education.

“Although her majors were English, Speech and Social Studies at the secondary level, she began her teaching career in the fifth grade in Nowata, Oklahoma,” Cace said. “After six years in the classroom, it was back to now, Oklahoma State to get a Master of Science in Elementary Education.”

In 1963, Robertson and her husband, Bill moved back to Duncan.

“She completed her teaching career in 1992, 40 years after completing her first year,” Cace said.

According to Cace, she also was a long member of Oklahoma Education Association and National Education Association, from which she was elected to represent local teachers at the state and national conventions. She has been a member of Duncan’s Methodist Church, where she taught fourth grade Sunday School and helped with Vacation Bible School. She is a greeter and a member of United Methodist Women. She is a former member of Daughters of the American Revolution and Duncan Shakespeare Club. Currently, she is a member of the Stephens County Museum, Chisholm Trail Heritage Museum, Oklahoma Historical Society, Stephens County Genealogy Library, Friends of the Library and Temple History Museum, as well as part of the OSU Alumni Association, OSU Foundation and Legacy Member.

“Robin chooses to remember the happy times of her life. Simple things bring her the most pleasure — time with friends and family, decorating a Christmas tree, working with flowers, dancing, sunsets, laughter and rainbows, any and all Oklahoma State sports,” Cace said.

Lawler, Robertson’s other nominator, said she is an active leader.

“Robin is a beautiful, caring person that would represent Duncan well,” Lawler said.

According to Robertson, her mother, Pauline Duncan, was the Founder’s Day Queen nearly 20 years ago around 2002.

“This is my mother’s crown,” Robertson said, making the crowning a truly special moment.

A Certificate of Congratulations from Rep. Marcus McEntire and Sen. Paul Scott stated “Robertson has served her community and state well.”

Robertson also received a proclamation from Mayor Ritchie Dennington, who said “each year a queen is named who epitomizes the spirit of a pioneer woman” and “whose selfless service and community involvement” shows.

Robertson said she hopes this can be the beginning of a unity in America.

“I told Ed Apple the other day, I said this is also a very unique celebration because we got a Republican Sooner for a King and a Democrat Cowboy for a Queen,” Robertson said. “So this is a symbol of unity and I hope our country can soon close the gap and be one United States of America … maybe it starts today.”

Ed Apple won the nomination as the Founder’s Day King after a nomination by Kreg Murphree.

According to Murphree, Apple has resided in Duncan for over 50 years.

“He has made many contributions to our state and community,” Murphree said.

Murphree listed many of Apple’s achievements and awards. This included becoming a Liberty Bell Award winner, earning a Business Degree from the University of Oklahoma, serving as a Fighter Pilot in the United States Marine Corps, working as a Manager of Haggar Clothing Factory (1966), helping to organize and establish the Duncan Area Economic Development Foundation, serving as the Former Chairman of the Stephens County Republican Party, initiating the first Leadership Duncan class, earning Boss of the Year with Duncan Jaycees, earning Man of the Year with Duncan Chamber of Commerce, working as the Oklahoma Corporation Commission Chairman and earning the Lifetime Achievement Award from Duncan Chamber of Commerce. Apple also donated a kidney to a childhood friend who needed a transplant.

“I believe Ed Apple will be an excellent representative for Founder’s Day King 2020,” Murphree said.

Humbled, Apple showed off he and his wife’s “secret garden” for the presentation.

“I went up there … and saw a little bit more and I started buying some small ones,” he said.

Each of the small river rocks has a family members name on it, for the Apple Family Tree.

The state sent their citation of congratulations, read by Zimmerman. It said Apple “has served the community with honor and distinction” and that he “has served his community and state well.”

One thing Apple learned in his in his life from his neighbor and Professor at OU was, “before you ever decide what you want to do, stop doing what you don’t want to do.”

Apple said he is honored to serve his community.