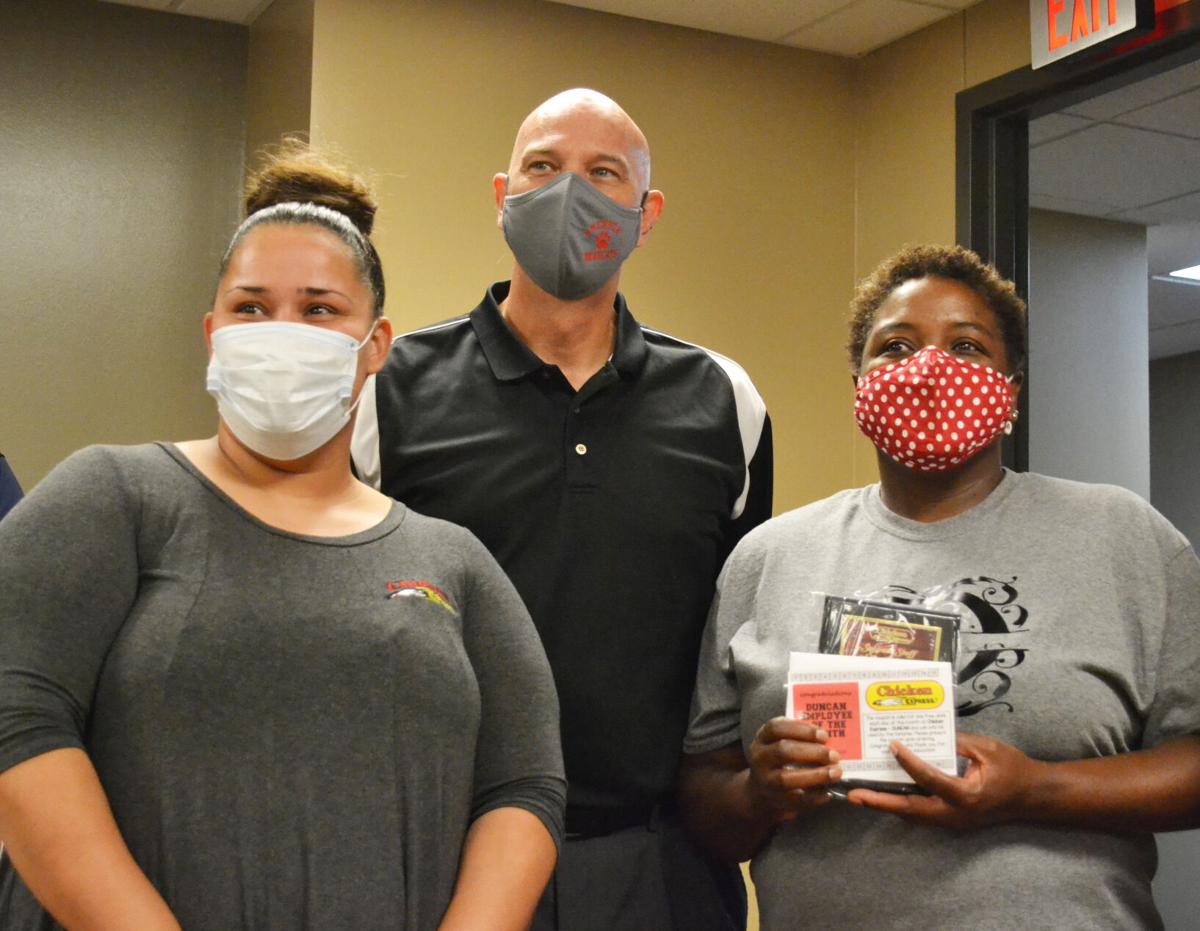 Tina Johnson, support staff member, was honored as employee of the month at the first school board meeting of the year. 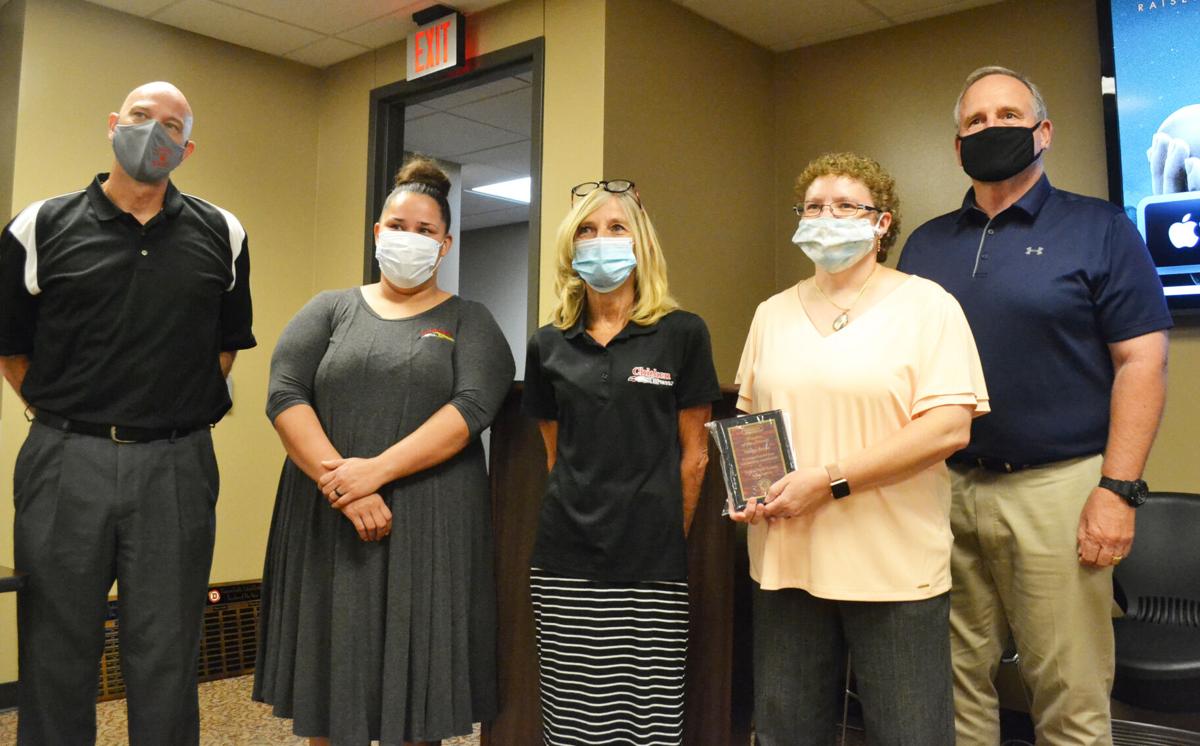 Sharon Banks, teacher, was honored as employee of the month at the first school board meeting of the year.

Tina Johnson, support staff member, was honored as employee of the month at the first school board meeting of the year.

Sharon Banks, teacher, was honored as employee of the month at the first school board meeting of the year.

Duncan Public School, in conjunction with Chicken Express, honored the first employees of the month for this school year during a regularly scheduled meeting earlier this week.

Chicken Express honored both Tina Johnson and Sharon Banks with gratitude and appreciation.

Superintendent Dr. Tom Deighan said these were the first two employees of the month for the school year.

Dr. Deighan addressed each staff member and why they were chosen to be honored.

According to Dr. Deighan, during the start of the school year when the school was completely out of natural gas, Johnson helped coordinate and brought warmers, roaster ovens, crockpots and more in order to keep people fed and have warm meals.

Among many visits to Sharon Banks’ classroom, Dr. Deighan spoke highly of her class.

Deighan said: “When I visited Ms. Banks’ class about two weeks ago — I visited her class because it was right after the bond — Ms. Banks helped with our social media, getting information out and clearly they were successful. That was a big part of it.”

According to Deighan, Banks is the district very first teacher of the month for the school year.

The next Duncan Public School Board of Education Meeting is scheduled for 6 p.m. Oct. 13.

More on this Duncan School Board of Education meeting will appear in future editions of The Duncan Banner.