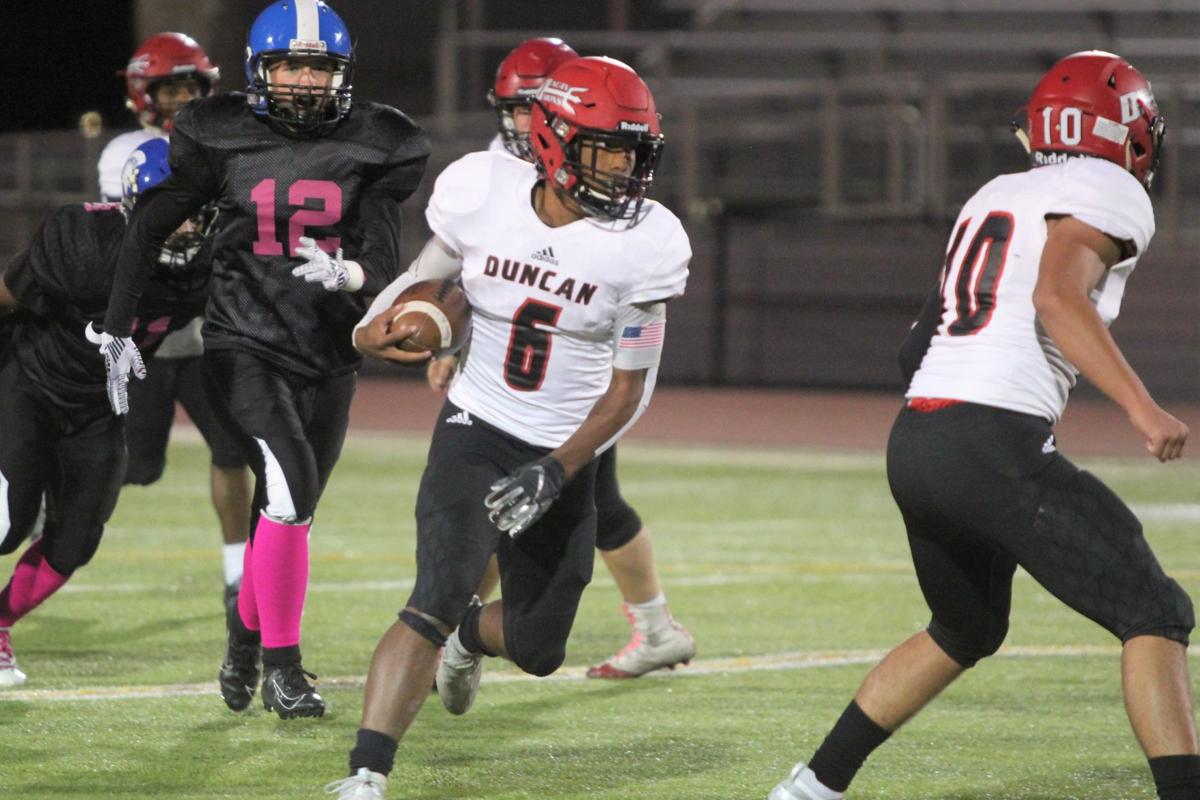 Desmond Pettit runs the ball in front of blockers during the 2019 season. Pettit is one of the players who will most likely return in 2020 to play for the Demons. 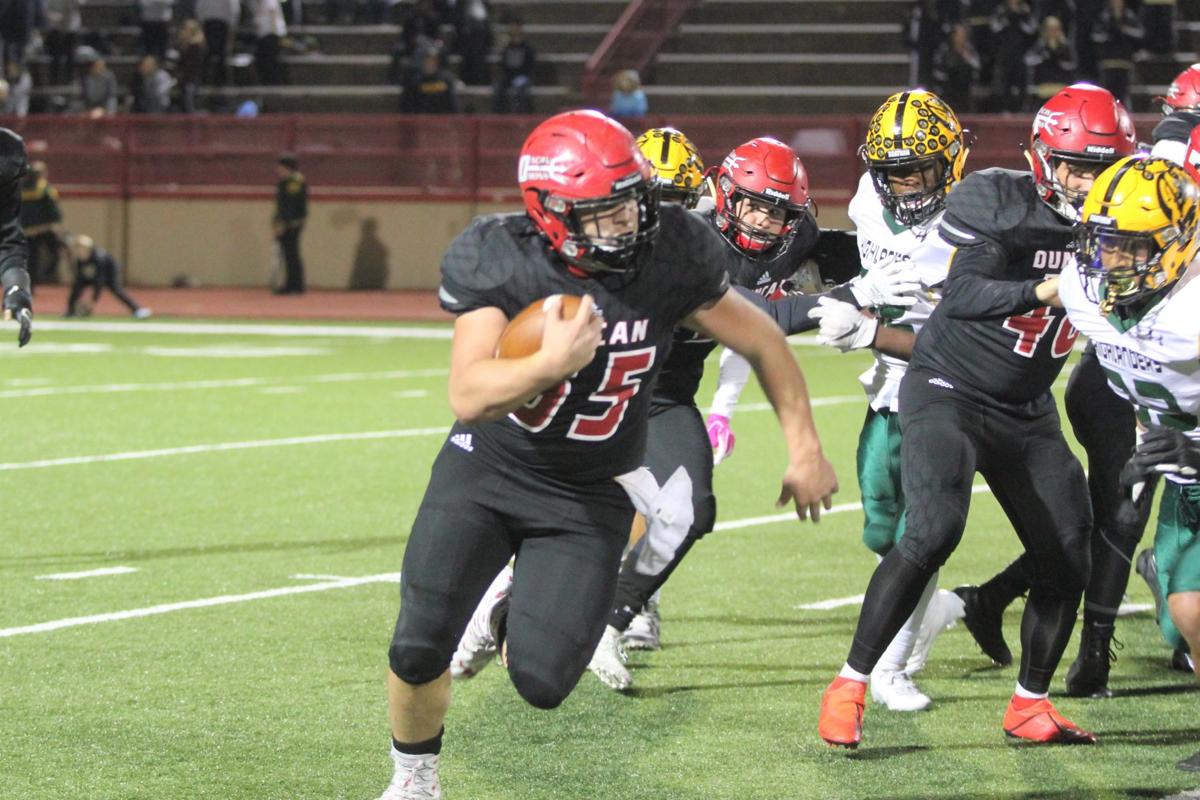 Chance Brooksher, who had several touchdowns in that game, runs from MacArthur defenders in the final home game of 2019 for the Duncan Demons.

Desmond Pettit runs the ball in front of blockers during the 2019 season. Pettit is one of the players who will most likely return in 2020 to play for the Demons.

Chance Brooksher, who had several touchdowns in that game, runs from MacArthur defenders in the final home game of 2019 for the Duncan Demons.

The last several seasons, Duncan Demons football has held a spring camp and a game at the end of the spring camp season to get the next season preparation started, however, due to the COVID-19 pandemic, they are trying to adjust to no spring camp.

Demons Head Coach JT Cobble knows it is an adjustment to not get time with the players but he is doing what he can to keep some familiarity.

“It has changed the way that coaches interact with their players right now and I tend to get pretty frustrated. I will have some days where I am pretty frustrated and get pretty down in the dumps but then I will come to my senses and remember that everyone is in the same boat,” Cobble said. “It is not just Duncan football, it is everybody so you have to come up with inventive ways.”

Cobble has held weekly zoom meetings with his staff and has challenged his staff to reach out to their respective position players who have in turn reached out to most of the 2020 Duncan Demons football team.

One of the inventive ways that Cobble has tried to help his players is by sending workout routines.

“We give them workouts each week. We give them a workout to do because it is something different and you can still run a lot and things like doing Plio jumps on the tailgate of their truck,” Cobble said. “Because some kids have weight equipment they can use and some kids don’t have anything so we have to come up with inventive ways to have them workout.”

Currently, the OSSAA has canceled summer activities at this time but the situation is ever changing. Cobble said the possibility of not having summer or spring camp is daunting but he is hoping the players will adapt well.

“Not having a spring camp is huge and we lost our quarterback because he graduated. That was going to be time to get some other kids reps and learn the system while getting some other kids in other positions,” Cobble said. “The spring camp was going to be a really important aspect to the upcoming season and obviously we didn’t get to have that so we are still coming up with ways by using HUDL to utilize playbook and stuff like that where they can still learn.”

With the OSSAA still making plans on how to start sports back and some discussion going internally, Cobble knows that members of his team will be ready and that they know what to expect when the comeback is made.

“The kids in my third year they know what to expect and they know what I expect. They know when we get past all of this junk and get back to some normalcy they know we will hit the ground running,” Cobble said. “That is what I said to them. I have had a couple of Zoom meetings with some of our seniors and sent out messages on HUDL. Hopefully they understand when we get back to normal we will hit the ground running. There will not be much time and hopefully they will hold themselves accountable and each other accountable and will try to find a way to work out and be in shape.”

Times have not been set and only an opponent for the 27th has been determined as they travel to Marlow to face the Outlaws.